Sega unveiled its mystery game late last week, revealing a new way for Sonic to go fast. Team Sonic Racing is the latest of the Sonic racing games, but this one is going to feature a bit of a twist. In Team Sonic Racing, teamwork truly matters.

Fans of Sonic's previous racing efforts, like Sonic & All-Stars Racing Transformed, will be happy to hear that Sumo Digital is back on developer duty. Shacknews recently had the opportunity go behind the wheel, to see just how closely this new racer feels to the studio's previous effort. 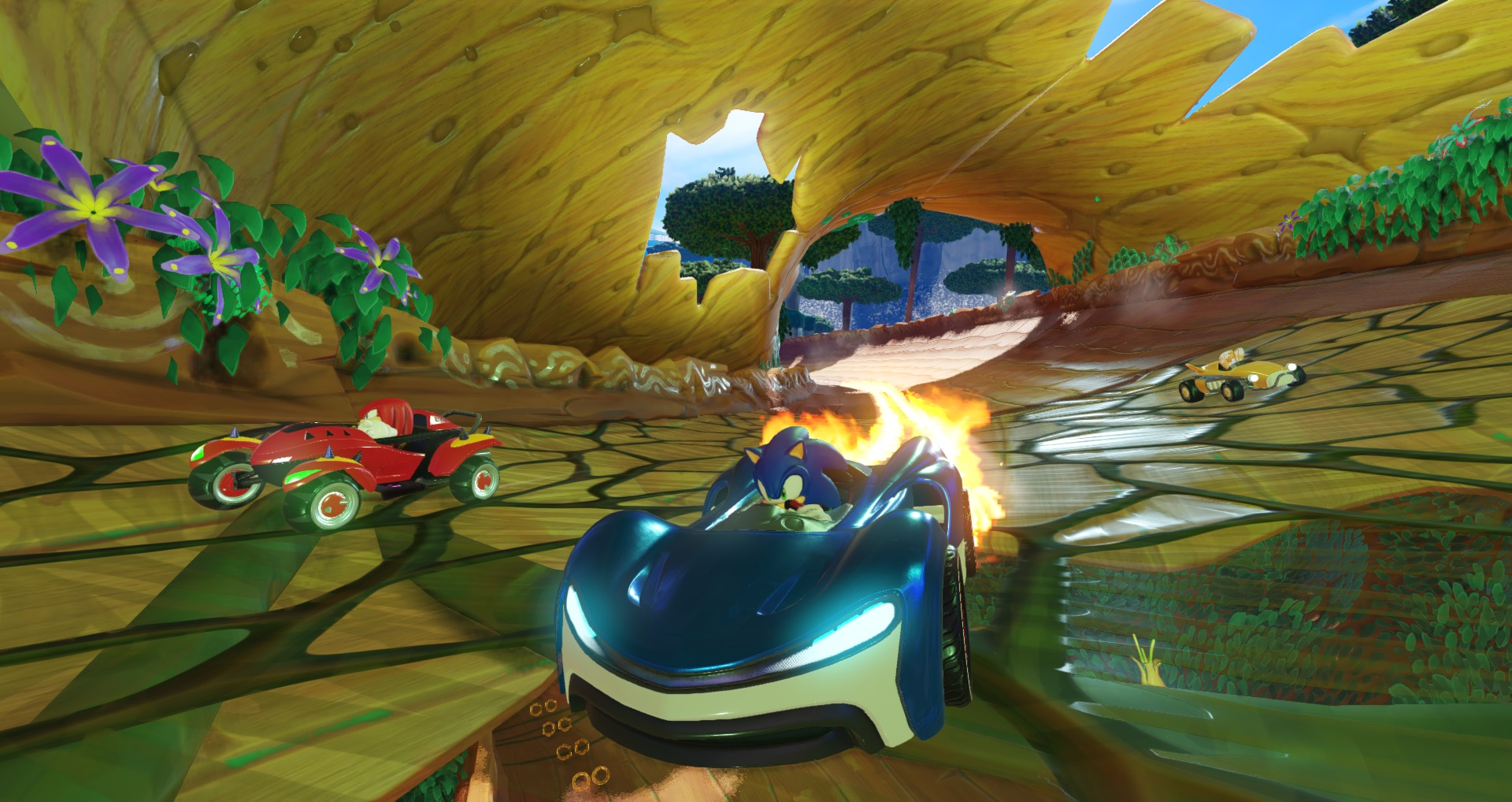 While it's important to finish in first place or as close to first as possible, there are no individual winners in Team Sonic Racing. At the end of each race, the finishes of each team member are added up. The team with the greater point total is then declared the winner. That means there's an incentive to help teammates out. But how can players do that, aside from maybe bumping around anyone getting a little too close to their friends?

That leads to the various items used in Team Sonic Racing. In this game, they take the form of Wisps, which long-time hedgehog fans will recognize from Sonic Colors. Wisps offer helpful items, like speed boosts and homing missiles. However, Team Sonic Racing allows these items to be shared between teammates. Did you pick up a valuable homing missile, but are far ahead of the pack? Simply pass it along to another teammate that's lagging a little farther behind the pack and let them get the most out of it. It's also possible to request items from teammates, in case they aren't planning to use their hazardous drops. Players can find 14 different items over the course of the game, not counting Team Ultimate abilities, which can be used as a tandem move. 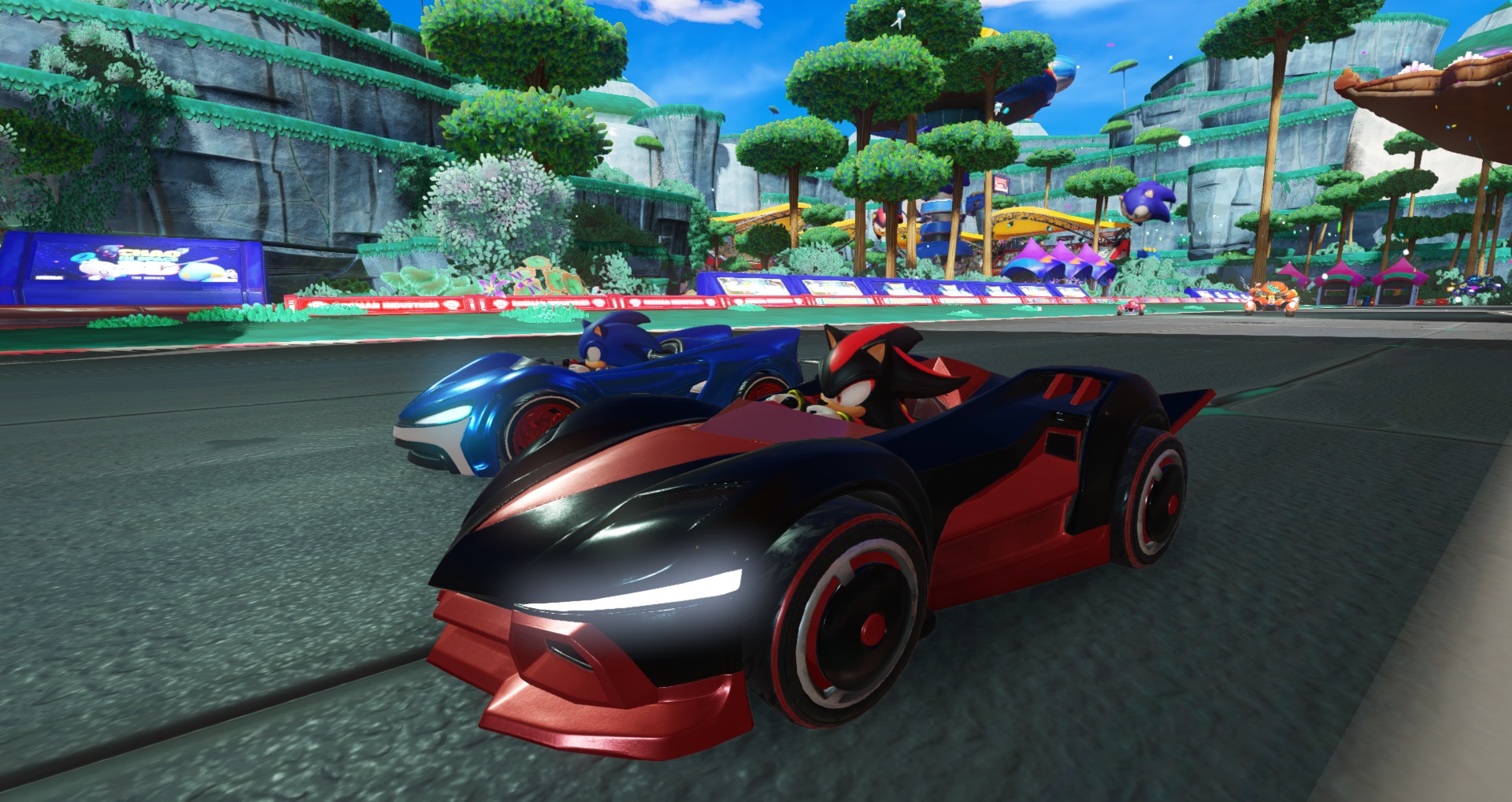 While Sega and Sumo Digital are aiming for 15 characters, 12 players will be allowed in each race. That's four teams of three, with each team utilizing a Speed, Technique, and Power racer. Each of these racers have their own distinct stats, vehicles, and customization options. For this demo, we got to check out Team Sonic (Sonic, Tails, and Knuckles) and Team Dark (Shadow, Rouge, and Mega), each of whom showed different stats and exchanged different banter during the race.

The race itself feels like a straightforward arcade racer. The Shacknews team got to try out a piece of the Wisp Circuit, a single standard track of three laps each. The interesting aspect of this particular track is that it featured multiple paths, with the choice to go left, right, or center. Each path felt noticeably different, with some feeling longer and more straightforward, while another one offered classic Sonic loops. It'll be interesting to see how other, more complex race tracks will encourage the use of the item-sharing mechanic.

There won't be a shortage of ways to play, as Team Sonic Racing will offer up 12-player online races, as well as four-player local split-screen. There's also an unrevealed Adventure Mode, with more information on that mode expected soon.

While Team Sonic Racing is kept strictly to ground-based vehicles for now, it still feels as smooth as Sonic & All-Stars Racing Transformed. The team mechanic is an intriguing way to help this game set itself apart from its contemporaries and is a good way to put Team Sonic Racing in a class of its own. More information on this racer is expected soon, but for now, Team Sonic Racing is set to release this Winter on PC, PlayStation 4, Xbox One, and Nintendo Switch for $39.99.