Looking forward to trying out Red Dead Redemption 2 when it finally launches later this year? You've got several options as it stands when it comes to figuring out which version to get. Choose between the Special Edition, Ultimate Edition, and Collector's Box ahead of its debut, so you can figure out exactly how many Red Dead Redemption-related things you really have space to wallow around in when it all gets to your house. 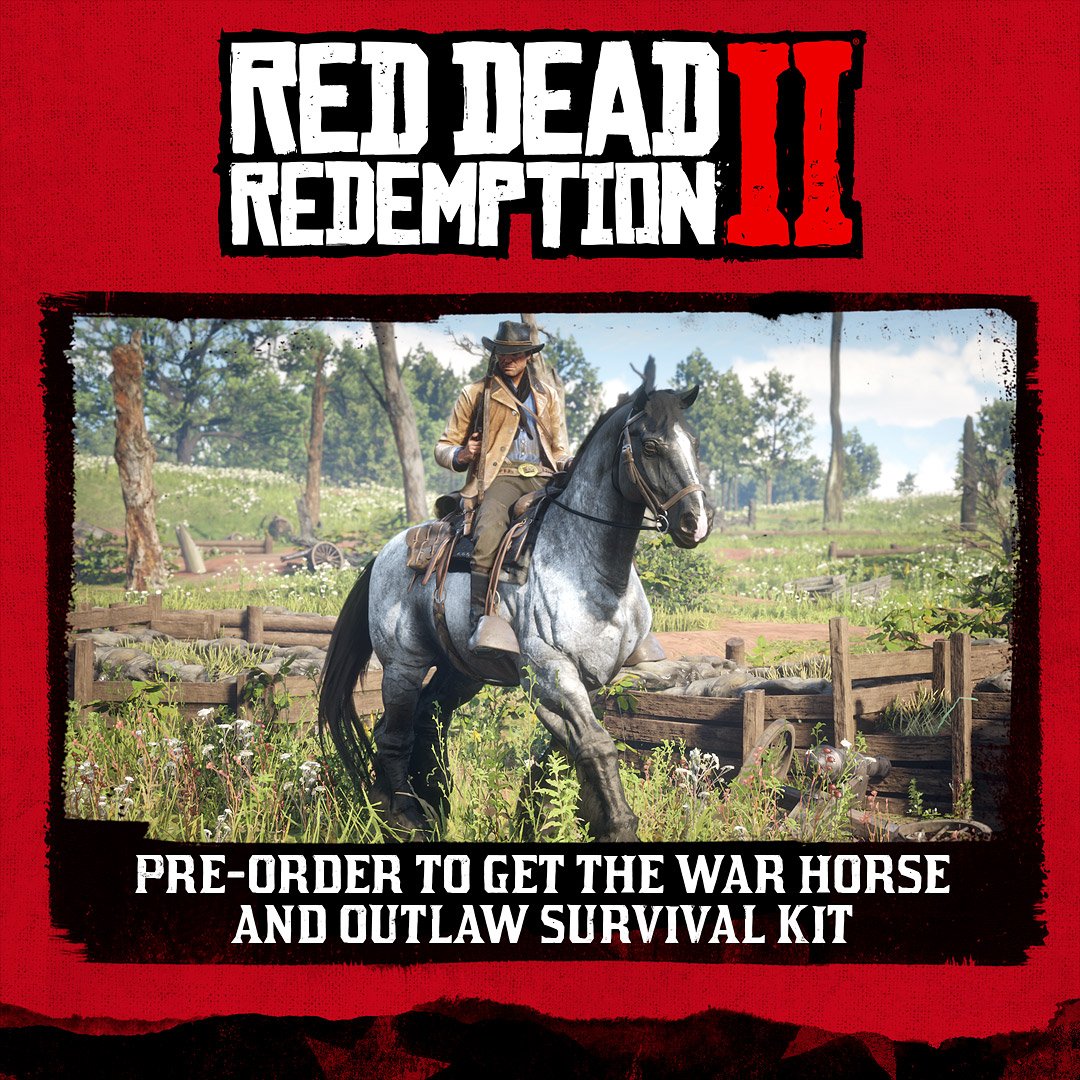 First off, all pre-orders for Red Dead Redemption will be coming with a War Horse, an iron grey stallion that you'll want on your side. It has more courage and stamina than regular horses, as well as the Outlaw Survival Kit. It comes with a collection of supplies that will help you replenish Health, Dead Eye, and more as you travel through the game. 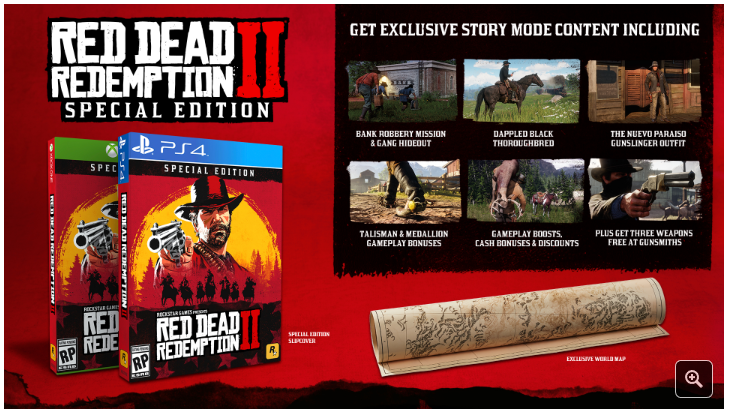 The Special Edition is first up, and it'll run you $79.99. It'll come with a smattering of extra content for Story Mode, including the following : 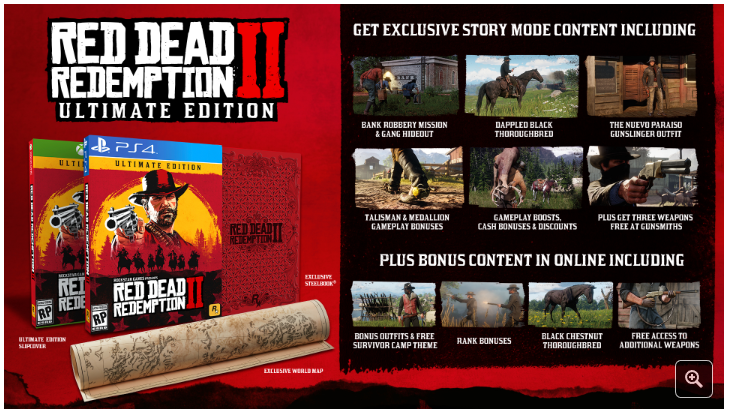 The Ultimate Edition comes with everything available in the Special Edition, but adds the following for $89.99: 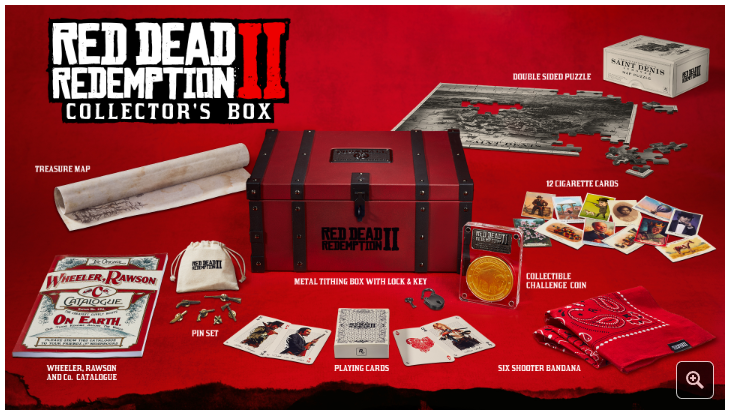 Finally, there's a physical Collector's Edition which will only be available from select retailers and via the Rockstar Warehouse. It will not include a copy of the game, but it will come with all these physical goodies, housed in a metal collector's box for $89.99. Here's what you get with the set, according to Rockstar Games:

Red Dead Redemption 2 is coming to PlayStation 4 and Xbox One on October 26, 2018. There's not yet been any mention of a PC version just yet, but hopefully that changes in the future.