Has anyone noticed anything strange about the Fortnite: Battle Royale map lately? Perhaps some readers may have been too busy performing "Jackass" stunts with the game's new shopping carts to notice, but there's something funky going on with the meteor sitting at Dusty Divot.

The 4.3 update has added a few changes to the meteor's surrounding area. IGN has observed some of these changes, which include new grass and trees growing around the research facility. But as researchers look to study the meteor itself, it appears to have opened up enough to reveal a metallic object sitting at the center, surrounded by an ominous red glow. Players will also find large, overgrown roots in the surrounding area, which cannot be affected by tools or weaponry. 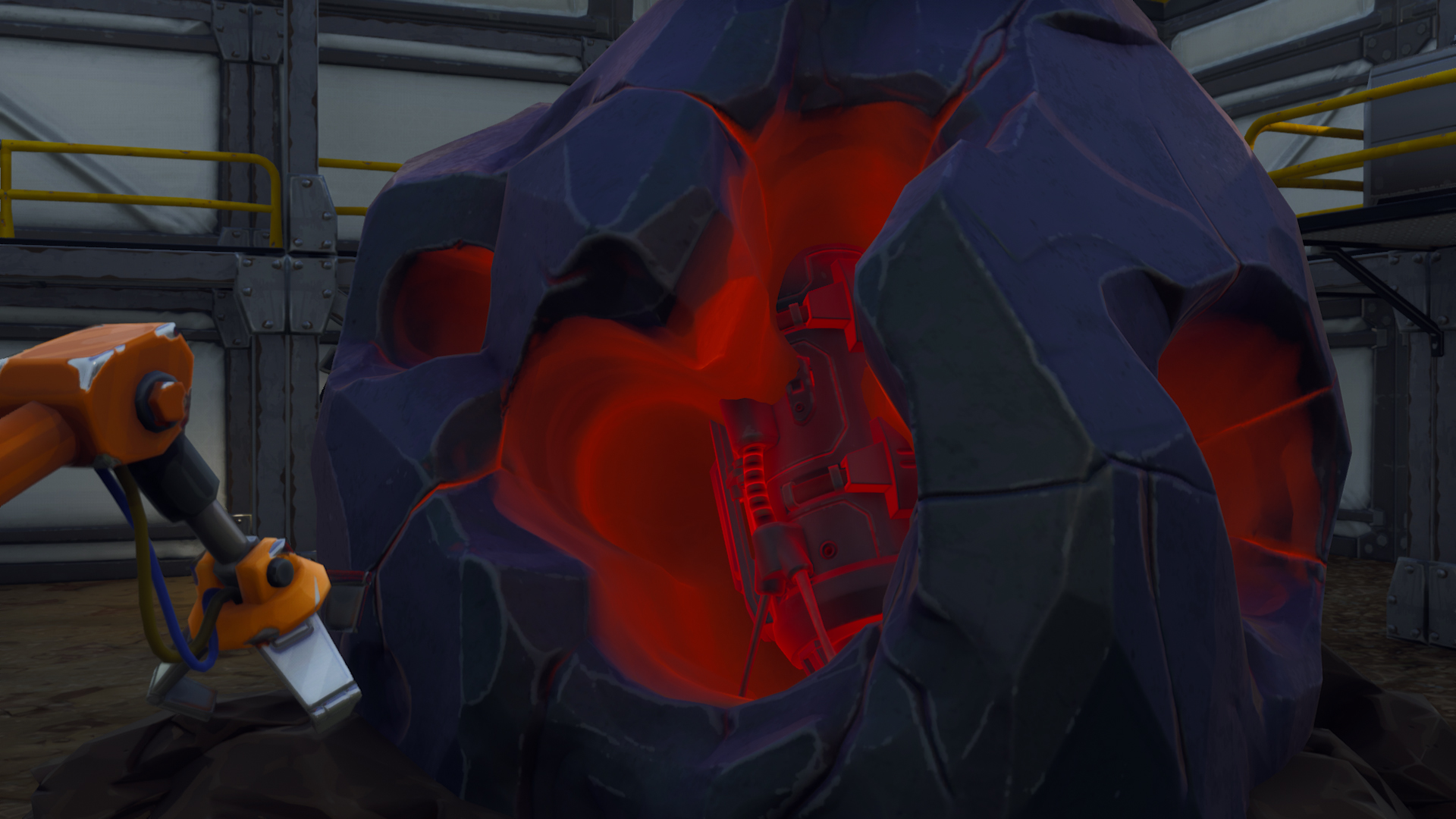 Players may also notice that the Hop Rocks locations appear to have changed. They can now be found in the back of various trucks around the world, with IGN pointing to the soccer stadium in particular. This seems to point to scavengers that are trying to swipe these power-granting shards for themselves.

Dauntless "Call of the Void" update revealed, coming next week