There’s something deeply addictive about the intricate and mysterious world of Dark Souls. The delicate balance between difficulty and cruelty, the sense of dread and impending doom around each corner, and the elation of seeing the words “VICTORY ACHIEVED” are what made the original the jewel it continues to be today. Now that Dark Souls Remastered is here, I got the opportunity to return to the world I fell in love with back in November of 2011, this time with improved resolution and a silky smooth 60fps.

In case you’ve been living under a rock for the past seven years and have never heard of Dark Souls, the series is renowned for its difficulty, quasi-open-world design, boss fights, medieval weaponry and magic-based combat. Players are taught – through hardship and pain – to be patient and look for an opening instead of swinging their weapon wildly.

Dark Souls Remastered comes seven years after the game originally launched and a little over a year after the release of The Ringed City, the final piece of downloadable content for Dark Souls 3 and the epic conclusion to the Souls series. Unlike Dark Souls 2: Scholar of the First Sin, Dark Souls Remastered does not include updated enemy placement, altered enemy attacks, or new items. What it does include is an updated resolution (native 4K on PC, 4K upscaled from 1080p on Xbox One X and PS4 Pro), 60fps in all areas (even Blighttown), UI scaling, new particle and lighting effects, dedicated servers, password matchmaking, 1-6 person multiplayer (in specific areas), a new bonfire near Vamos, and finally, the Dried Fingers have been moved.

The first time I booted up Dark Souls Remastered on my Xbox One, the changes were immediately obvious. The body Oscar kicks down into the cell flaunted the new particle effects as it waited for me to pick up the key. I opened the cell door and then I was off. A quick stop to collect my pyromancy glove, kick the Asylum Demon to the dirt, and catch a feathered Uber down to Lordran – and it was all gloriously smooth.

Three hours later, after dispatching the first few bosses – and a side trip to Darkroot Basin to collect the Grass Crest Shield and Wolf Ring – I was standing at the entrance to Blighttown, thinking back on all the lost frames in this area on Xbox 360. Sure, I could have taken the back route through Valley of Drakes with my Master Key, but I wanted the authentic Blighttown experience. The only thing is, I didn’t get it. Blighttown now runs at a higher frame rate, and manages to keep it locked there, an experience entirely unlike the original game. 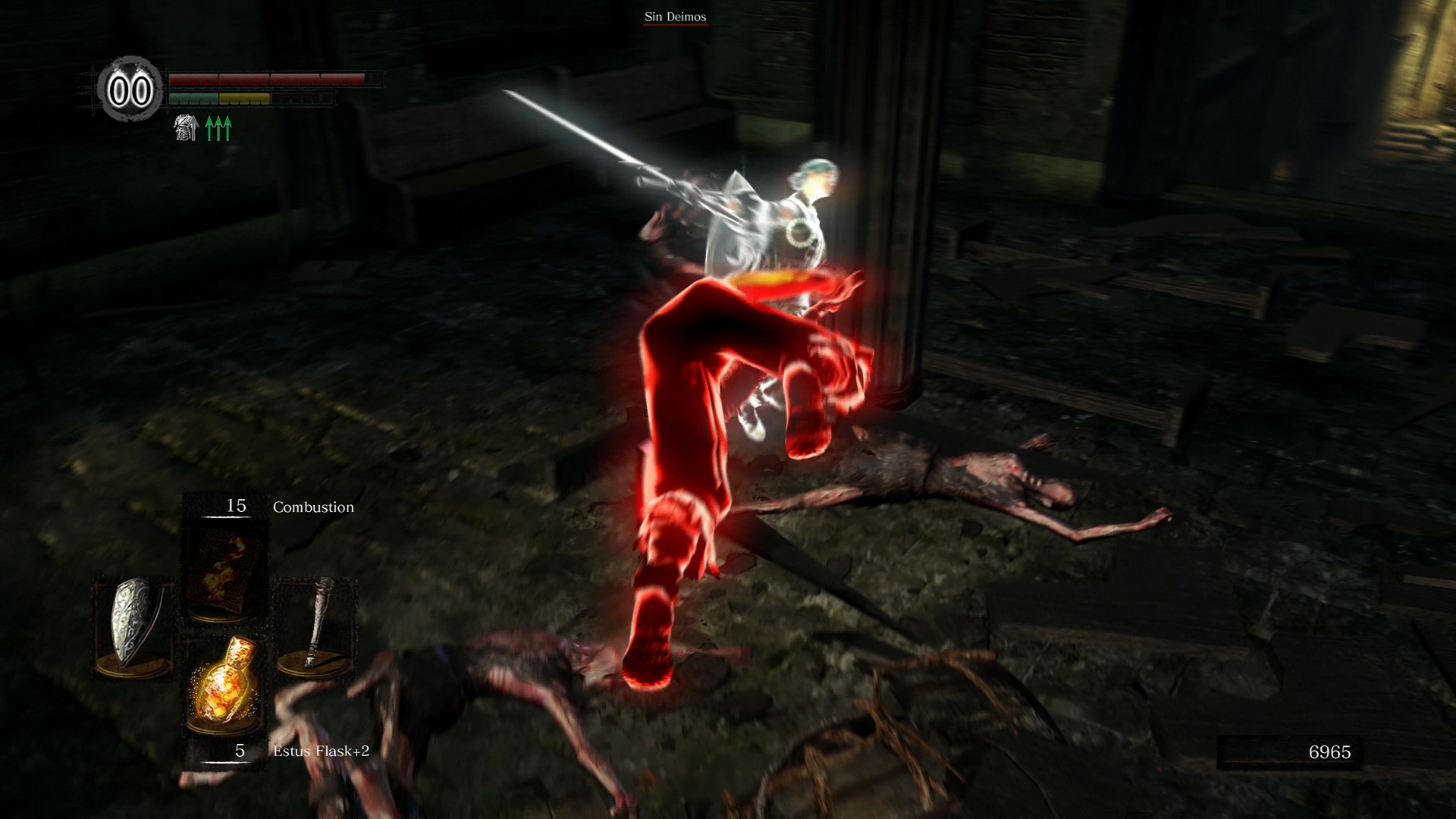 As for the multiplayer component of Dark Souls Remastered, it’s still just as intense as it was all those years ago. Invaders now have the distinct advantage of being able to use Estus Flasks, which is helpful for those who face gank squads looking to stomp on people. However this acts as a double-edged sword, as it always low-level invaders to further stomp on early-game players who have limited experience. This is slightly concerning, as invaders – especially for newer players – can be exceptionally difficult to dispatch at the best of times. However, now that Dark Souls boasts dedicated servers, it will hopefully be easier to find a friendly summon to assist, only time will tell. As for how it feels, much like the rest of the game, the asynchronous multiplayer ìs buttery smooth, thanks in part to the extra frames as well as the dedicated servers. 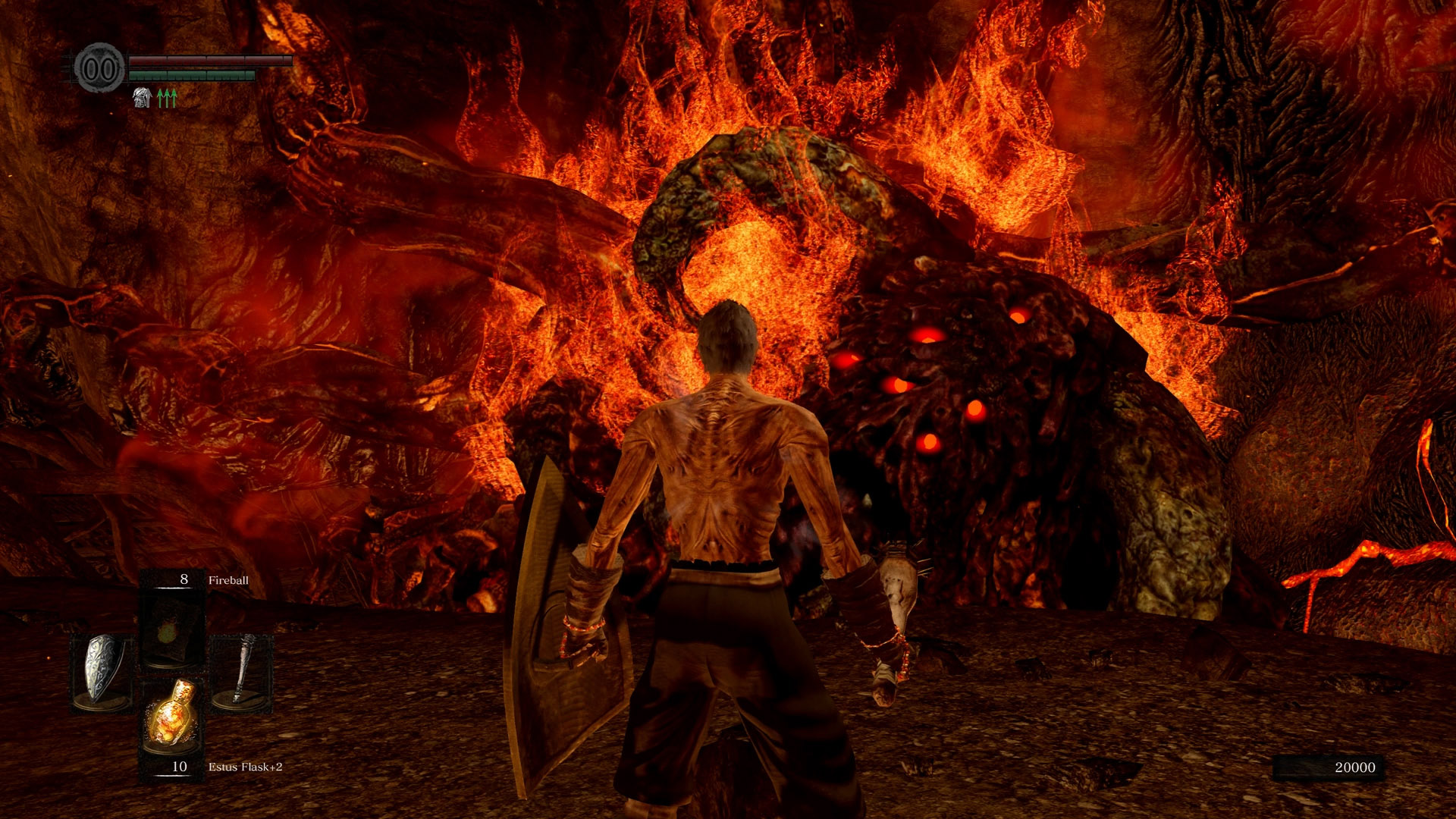 Memories so often make fools of us. Games look prettier and play smoother in our memories, and when confronted with the reality of a game we used to play, it can be a rude shock. This is why it’s nice to jump into Dark Souls Remastered and play through the game, just with the rough edges of the frame rates smoothed down into something bearable. It’s not a huge change, but it’s enough to make it feel significantly better.

Unfortunately, the remaster couldn't sand away all the coarseness, as some elements of Dark Souls remain clunky. Combat can still be slightly sluggish at times, especially after the improvements made in the sequels. The first time I tried to drink an Estus while avoiding a boss attack led to immediate embarrassment as my character came to a complete standstill to take a drink and was promptly smashed into the ground. I had grown soft from the advancements seen in Dark Souls 2 and 3. Furthermore, the Havok engine is still as hilariously glitchy as it was all those years ago. Dead bodies still fall through the ground and get tangled together in a mass of writhing flesh. It was charming, in a Dark Souls sort of way. 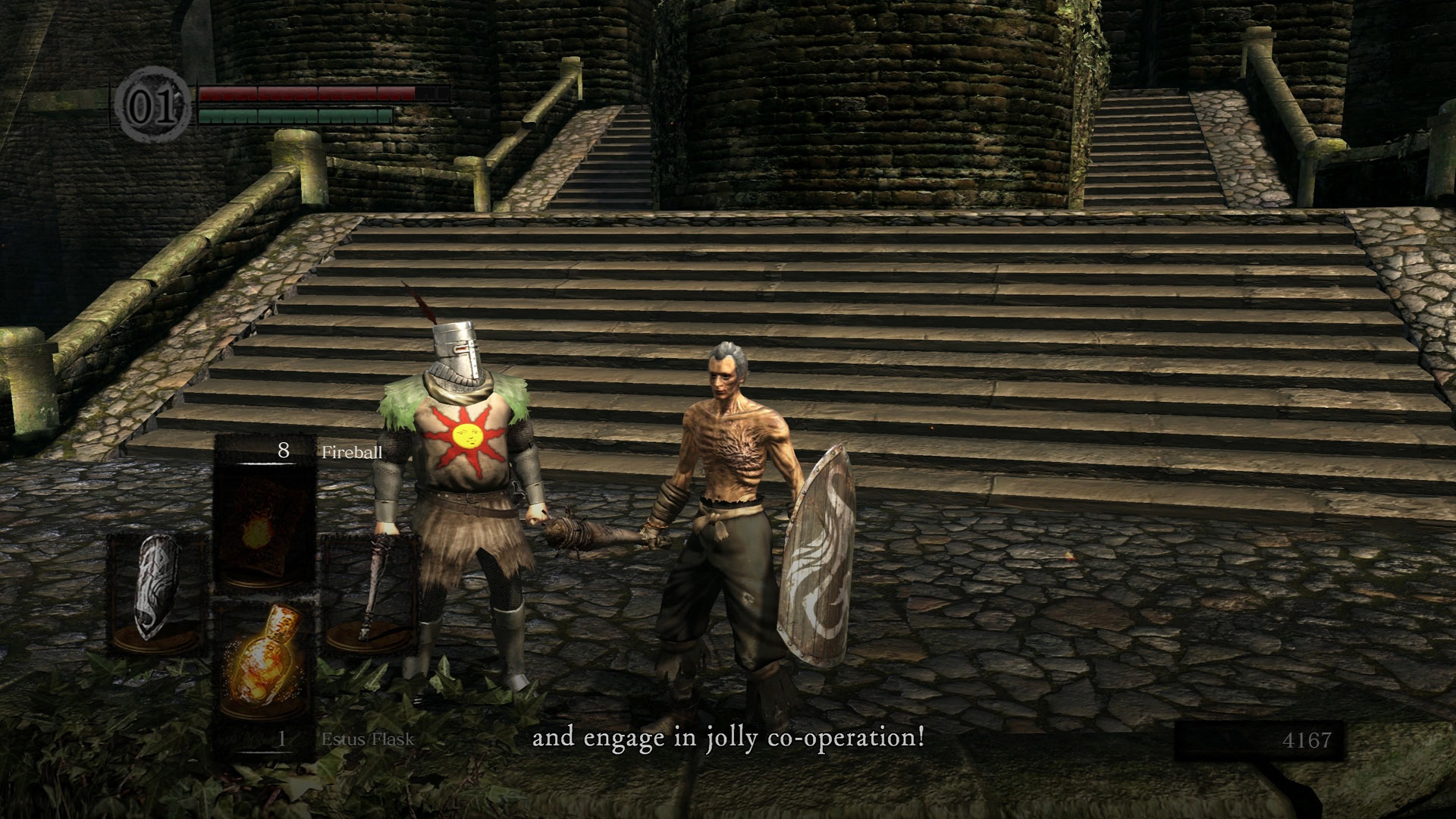 Ultimately, players will split into two camps: those who expected more from the remaster and those who just wanted 4K resolution running at a higher frame rate and will otherwise be happy with what’s on offer. Anyone who was anticipating a Scholar of the First Sin situation has not been paying attention, as this is simply the Dark Souls from the beginning of the decade. The experience is still as you remember, the characters you meet on the undead pilgrimage still tell a harrowing tale, and the trials and tribulations of Dark Souls will still ignite a fire in the bellies of those who crave it.

Dark Souls Remastered manages to capture the essence of the Dark Souls experience, primarily because this is exactly the same game that debuted way back in 2011, just this time everything is in gorgeous 4K, and everything runs at 60fps – even Blighttown.

This review is based on a download code for Xbox One provided by the publisher. Dark Souls Remastered is available on PC, Xbox One, PlayStation 4, and will be available later this year on Nintendo Switch.