Street Fighter V: Arcade Edition has brought out the next fighter for its third season of DLC characters. Unlike Sakura and Blanka, this is an all-new fighter to the series. Falke hails from Germany, but she's much more familiar with the walls of Shadaloo, recently being rescued from her captivity by Ed.

Shacknews heads back into the lab for a closer look at Street Fighter V's latest combatant. Let's see what Falke brings to the table. 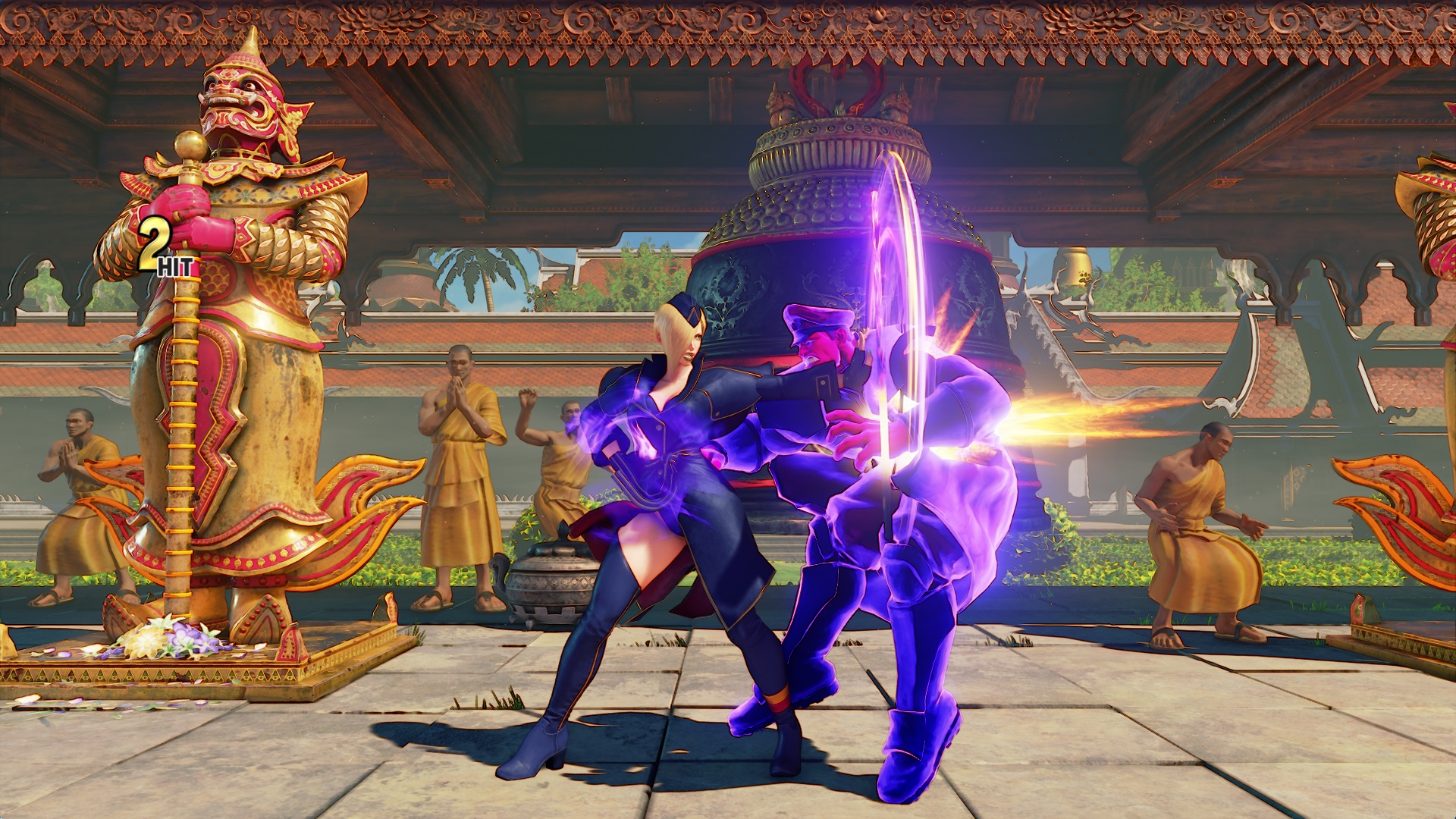 It's easy to simply look at Falke and picture a charge character, like Guile. She is and she isn't. Falke's main weapon is her staff, which can be charged up by holding a punch button. The punch button can then be released for a charged shot. It's important to note here that the charged shot isn't necessarily a projectile.

Falke's neutral (the Psycho Kugel) doesn't fire a traditional fireball across the screen, but offers a closer-range blast. Her shot will travel a little farther when crouching (Psycho Kanonen) and works great as a sweep option. She can also fire from the air, but the angle of the Psycho Feder is a little odd. It's not a full 45-degree angle, so be careful when using it. Don't expect to snipe characters from afar with it.

Understanding how this move works is critical, because Falke's V-Trigger I operates the same way. And it's much more versatile than her standard shots, getting greater distance and covering much more of the screen with triple shots. This is where Falke can start to style on her foes by juggling opponents with multiple shots.

Falke is going to be a godsend to casual players picking up SFV for the first time, because there are no overly complicated button inputs or combinations. In particular, the casual player is going to want to familize themselves with the Katapult, performed by holding two kick buttons simultaneously. This propels Falke forward with her staff and plants the opponent with a big kick. This gets a surprising amount of distance and goes off quickly, often allowing you to catch your opponent off-guard.

Falke's second move takes a little more practice to make useful. Holding two punches performs the Psycho Schneide, which is essentially an uppercut. Unlike the Katapult, this does not get a lot of range, but it's immensely useful as an anti-air. It's mastering the timing that takes some getting used to, because this also has a quick release. It's easy to swing and miss with this move and there will be plenty of temptation to give up on it.

Regardless, Falke is one character where you're going to want buttons mapped to release "Punch x3" and "Kick x3." This will make life with her much easier.

Speaking of moves worth practicing, Falke's Psycho Trombe V-Skill is one worth getting a handle on. Get a grasp on the timing and Falke can absorb incoming projectiles. It's up to you whether this risk is worth taking, because it's not like absorbing projectiles buffs up any of her moves. Psycho Trombe is much more useful is close-quarters fighting, where it can be used as a standalone combo or to extend longer combos.

Falke's V-Skill becomes a much more worthwhile with V-Trigger (either of them) active, since it can reflect projectiles. And we're talking about any projectile! Bet Rashid didn't see this one coming!

There are a few factors to overcome when playing as Falke. Her walk speed isn't great. Her reach isn't what it should be. She feels noticeably floaty. But in terms of "beginner" characters, there are few better than her in the game right now. She's something different, but not a complicated kind of different. First-time SFV players might want to give her a look. 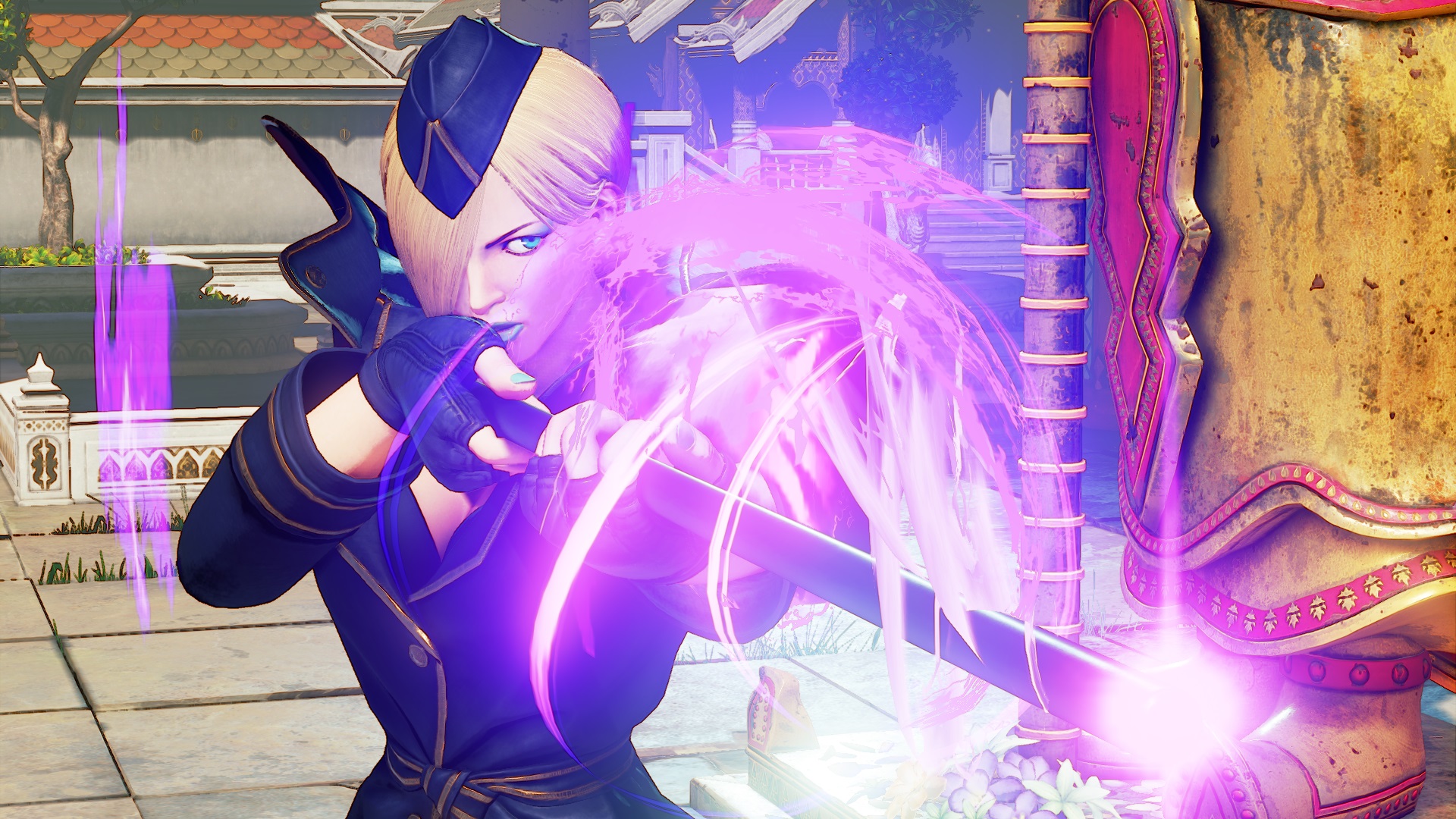 With Falke proving so easy to learn on the surface, it makes sense that pro players are going to try and get the absolute most out of her.

Justin Wong has been playing extensively with Falke since she released and has compiled a noteworthy list of her pros and cons, while also explaining the merits of her V-Trigger I over her V-Trigger II.

My Falke thoughts after playing her for a few hours. Give me your opinion/thoughts. And let me know if I am missing anything. pic.twitter.com/qiIQlvn8YN

Seon-woo "Infiltration" Lee has already gone to work on Falke, working to grasp her staff reach. But on top of already getting the hang of her anti-air Psycho Schneide, he already looks to have made something out of her dive kick, which missiles straight down.

Yusuke Momochi is similarly getting the hang of Falke's Psycho Schneide. Watch him surprise a Rashid player at the 50-second mark by EX-Psycho Schneiding right past a V-Trigger-buffed projectile!

Falke doesn't come across as any kind of rushdown character, but at least one pro is putting that idea to the test early on. Lee "Poongko" Chung Gon can be seen in this video getting downright aggressive with his opponents, putting them in stun early and often. He isn't afraid to mix it up, even when the odds don't appear to favor him, like in an early matchup with Abigail. Falke probably shouldn't be approached as an aggressive character, but Poongko does show that it's possible and it'll be fun to see if brings that idea to tournaments in the future.

It should be noted that players shouldn't get careless with Falke's staff, because there's evidently quite a hitbox on it. Especially don't go swinging around willy nilly against Akuma. Watch Eduardo "PR Balrog" Perez punish this hapless Falke player for playing with fire.

How's your Falke experience been so far, ShackFighters? Join the conversation and let us know in the comments.

Shack Chat: What game do you want to see become '99'?
Login / Register