It's not often that a game as big as God of War can release without issue. Though many players have been able to enjoy the game just fine as-is, others have been experiencing an issue where the game wouldn't properly display in full screen, with the image being flanked on all sides by black bars. Fortunately, the developers at Sony Santa Monica have seen fit to release a patch that fixes the God of War aspect ratio with the new update version 1.11.

God of War owners who have their PlayStation 4 systems set up for automatic updates should already have the patch downloaded and applied to their game. The given patch notes are pretty vague, but the update version 1.11 looks to have addressed the full screen problem for most players. 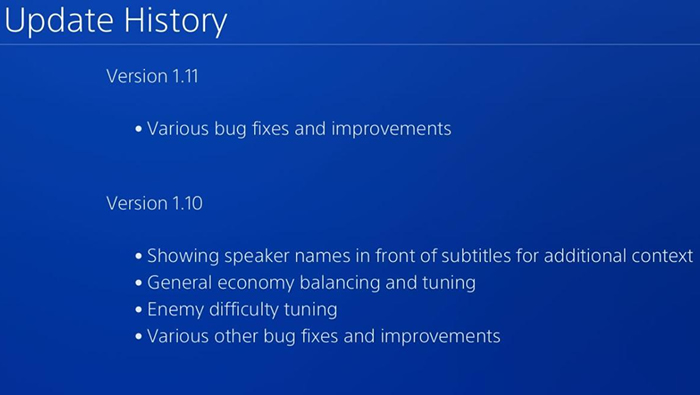 Those who haven't yet downloaded the patch may want to set some time aside, as it weighs in at 6.2GB total, not including the 1.2GB needed for the 1.10 patch. Again, it's not totally clear exactly which issues the latest patches address, but considering their file sizes, it's safe to say the team touched on several different aspects of the game.

We here at Shacknews are still making our runs through Kratos' latest adventure, and all those who want to make the most out of the experience would do well to head over to our God of War walkthrough and guide hub, where we've featured several different quest-based guides as well as tips on how and where to track down the game's many collectibles.