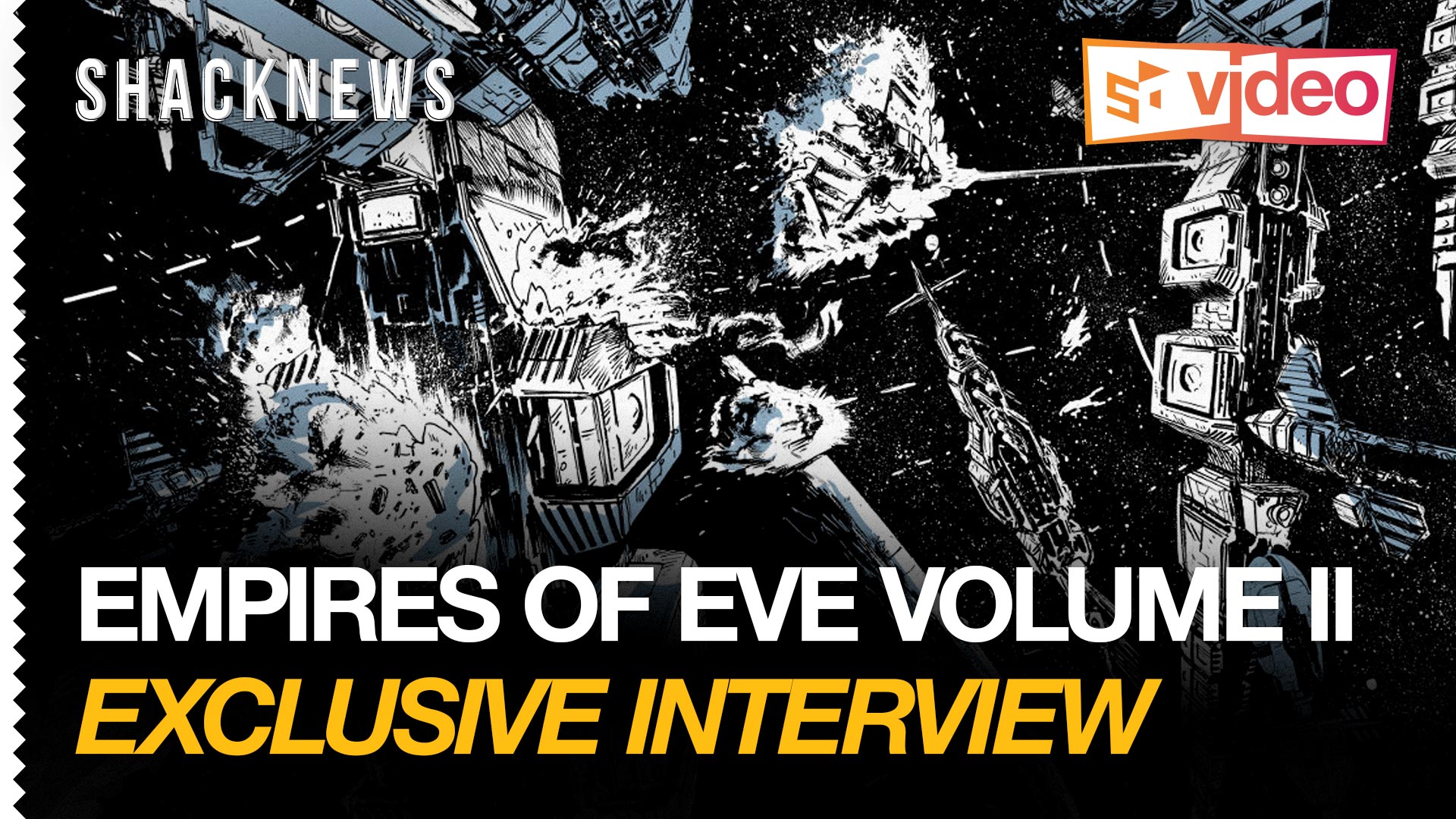 In EVE Online's 15 years of existence as an a surprisingly large amount of interesting moments have transpired for a game that's mostly about reading spreadsheets. Until recently though, most of the game's history has remained in the minds and on the mouths of the players who witnessed or participated in the events first-hand.

That's where Andrew Groen comes in; Andrew is a journalist who has taken up the task of documenting the game's political history. He's already successfully published his first volume of works and as of today, he's taken to Kickstarter to raise the funds needed to publish Empires of EVE: Volume 2. Shacknews had the opportunity to catch up with Andrew during EVE Fanfest 2018 to discuss how he got involved in documenting EVE Online's history and what he finds so intriguing about the game's political system. We've got the full interview for you right below as well as a full transcription posted under the video. Empires of EVE: Volume 2 will be published in May 2019 after the end of a successful round of Kickstarter funding.

I came into the EVE Online community like a complete newbie back in 2013. I was a journalist and basically trying to find really good human stories about what goes on inside video games and I came across this pirate in Eve who sent me an email and started sending me all of her misadventures inside of the game and I became acquainted with just how many amazing things can happen inside of EVE.

Eventually I started to discover that a cause and effect relationship to things that happen in EVE and that the great battles that happen inside of Eve happened because of the political preconditions that created those things and those political preconditions have preconditions and you can stretch back the cause and effect relationship of EVE all the way back to 2003 when the game actually launched. So that was how I became so interested in the game that I wanted to do interviews with hundreds of EVE players to try to understand the great grand story of everything that's going on in EVE. 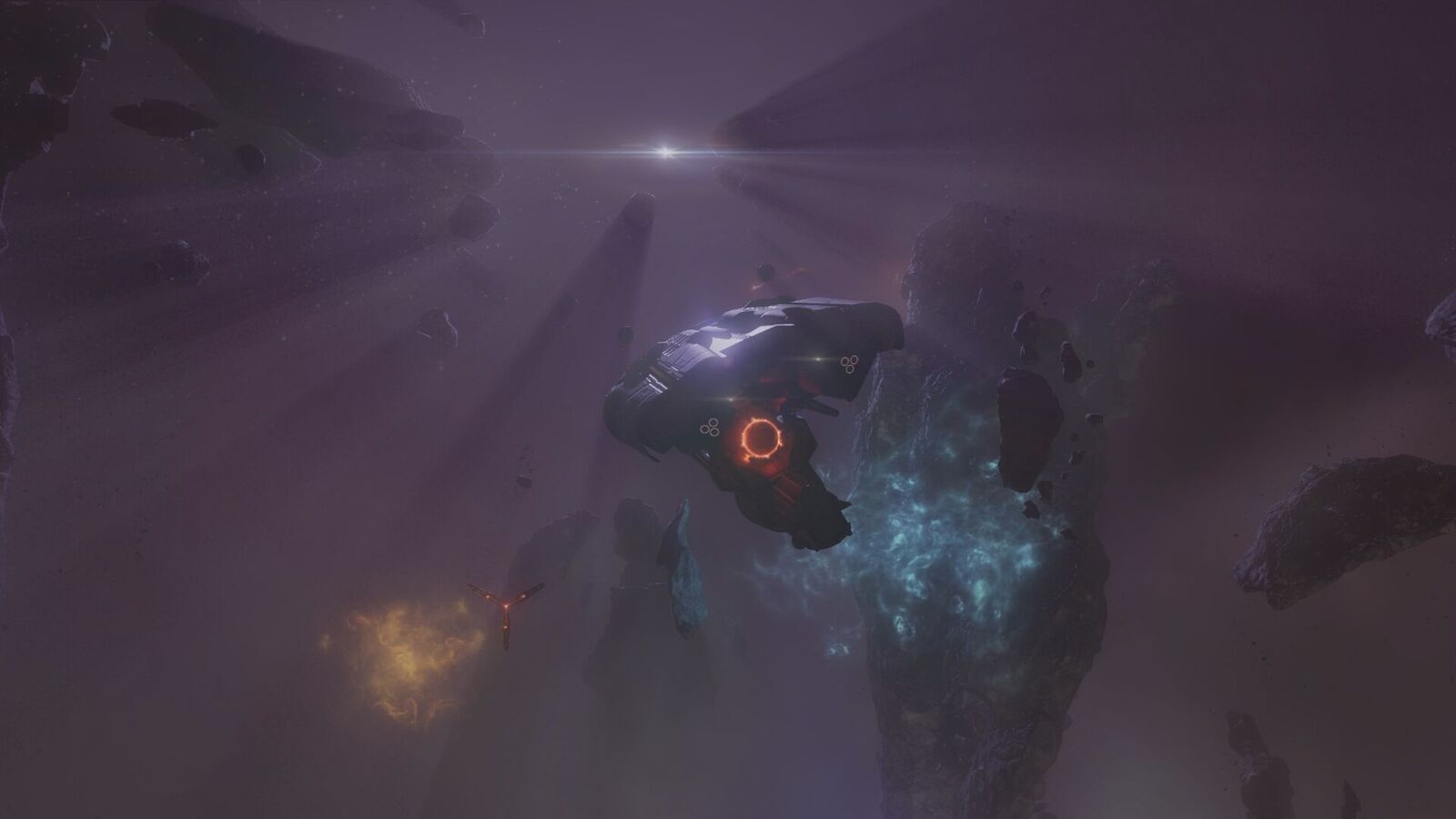 Especially back in the old days in 2003 like nobody ever imagined that what they did inside the virtual world would ever be of interest to somebody 15 years down the road. So they didn't leave breadcrumb trails for someone to track them down. One of the things that we did with CCP that was really helpful was reaching out to those players on my behalf and let them know that someone was interested- a historian was interested in documenting what they were doing, what they had done inside this virtual world. They would reach out to those players and sometimes we were able to track them down. Sometimes we're going through the Internet sort of in an archivist sense to find basically the litter that they left behind on the Internet when they were talking to other people so I'll find blog posts and communications and forum posts and conversations between different groups of people that you can still find on the Internet to understand a little bit about their mindset and why things unfolded the way that they did.

After thinking about EVE for about four or five years now and studying it and writing a book about it the thing that I think stands out to me the most is that when the game first launched back in 2003 the biggest player groups were like one or two dozen players. But you fast forward to modern EVE Online 15 years later and the biggest group in EVE has 36000 characters in it. You have to kind of seriously wonder why that is. Why has the game changed like that? Why has a group grown to the point where it has tens of thousands of members? 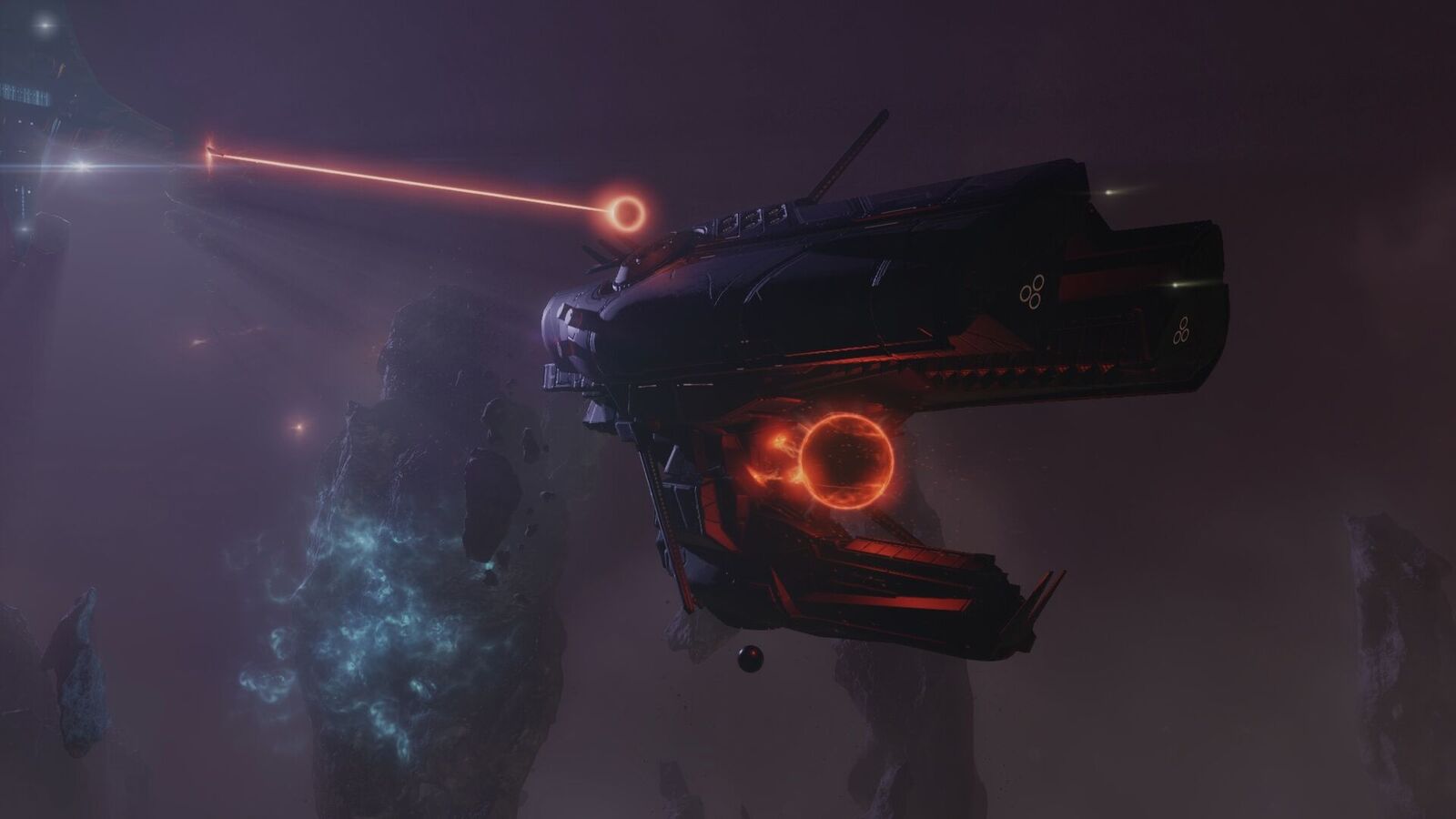 I think part of what I think I've learned about Eve after studying it for so long is that there's a sense of social evolution in EVE Online because groups can fight wars against each other and destroy each other -groups within each have a way of when they're weak and vulnerable and not providing for their players- they tend to get destroyed and fall by the wayside and groups that are stronger and providing better for their players tend to take over. There's a sense of social evolution, right? Like the weeds get burned down in the forest fire and stronger trees grow up from the ashes.

To the Band of Brothers? Yeah. I think in a lot of ways they got they got into a big conflict and that conflict became so stressful and so burdensome to them as a social group that they began to fall apart and it becomes a contest between two groups about which one has the stronger social bonds and which one will fall apart. In Modern EVE Online, the battle that actually occurs there is only part of the equation of what will cause someone to win the war. A lot of times one group isn't trying to force them out of their territory through force of arms. They're trying to apply social pressure to them and see if they'll start infighting and arguing amongst themselves or see if they can get someone to turncoat on their friends and allies because they’re, you know, angry they're upset and they're stressed out because one of their favorite tricks is they'll make people fight constantly.

They'll make people fight every day seven days a week so they get tired, they get worn down, they start not enjoying the game very much, they get snippy at each other and that tends to fight, to cause fights, and things like that. Groups end up getting destroyed because of stuff like that and inevitably when that happens those members have to go somewhere so they end up going to other groups which then have to accommodate them and they become bigger and stronger and they learn lessons from the destruction of that other player group. It's really fascinating sociological stuff it's so amazing. 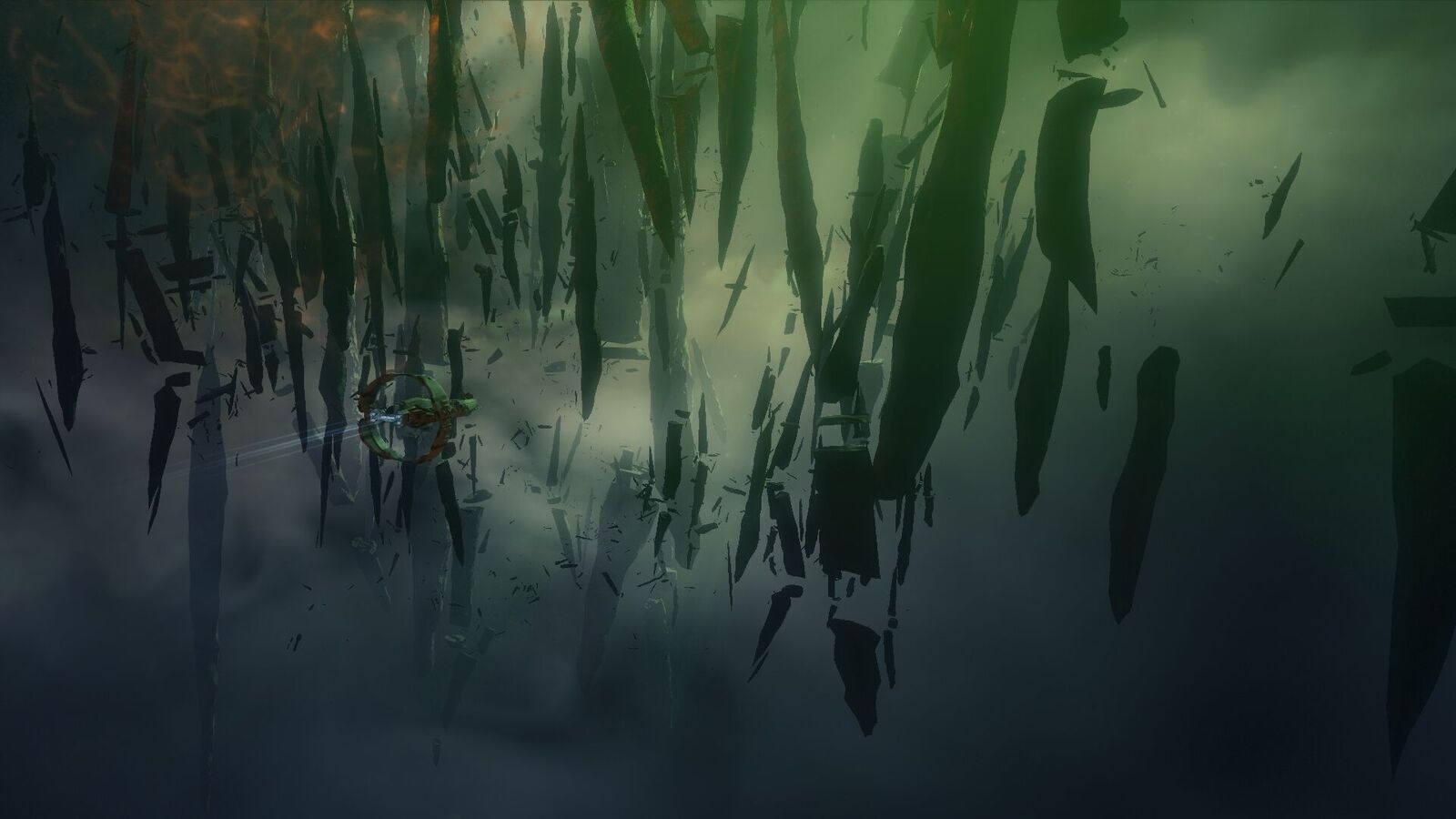 It will be really interesting when the stuff that I write about catches up to the era in which I had written that book. When players become almost self-aware of the fact that there is someone taking notes on what they're doing. It's interesting because it changes the way that they react, knowing you're being observed changes the way that you do things. I always wonder if maybe players will start being more theatrical because they know that I'd say this space opera story that's being told for the rest of the world. One of the things that I try to get across to people who don't actively play EVE is that just because you don't actively play EVE just by observing it or even just by reading about it you change and you affect what happens inside of the game's universe. The people who know that they're being observed, the streamers obviously a perfect example of that, just by viewing the events you are affecting the fact that it happened. Or you're affecting the way that it unfolded because people know they're being watched.

The first volume covers up to the end of what EVE players know as the Great War which was the famous EVE conflict between Band of Brothers and the Red Swarm Federation led by Goonswarm. It's a very satisfying climax to the first volume. But, Eve doesn't stop growing and evolving there. It keeps going and now in the wake of that event, the players have to deal with the fact that there's this huge power vacuum in EVE Online because its largest empire is no longer there anymore.

The new book is going to basically start out being about the power vacuum that develops because Band of Brothers is gone and what each of those groups that are still left standing how they react to that and how that void gets filled by new alliances. Like, a lot of alliances that are powerful right now had a chance to grow up because there was that power vacuum. Because Band of Brothers wasn't around anymore, you could have groups like Pandemic Legion and TEST Alliance Please Ignore could gather a lot of players and become powerful forces. 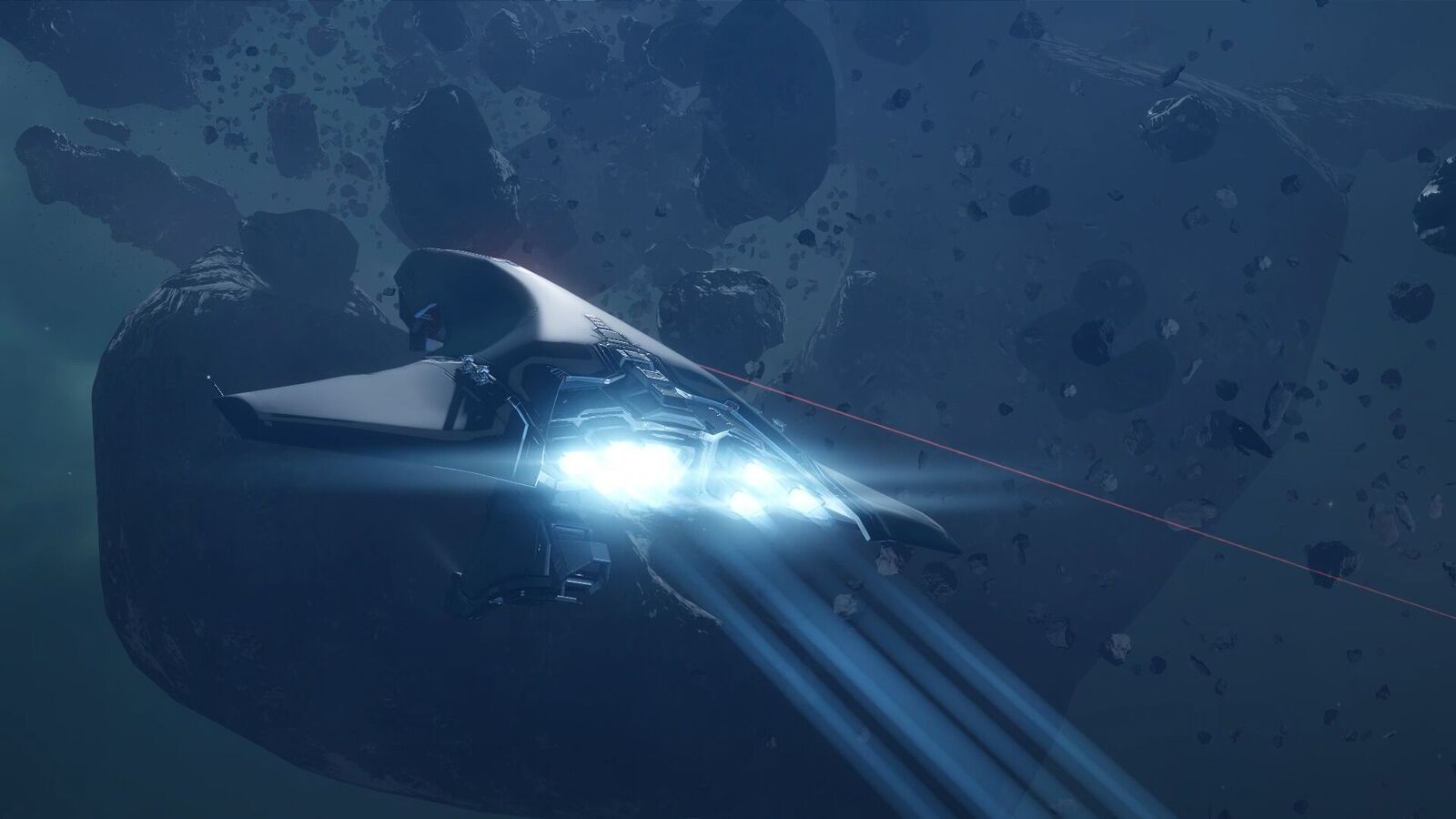 I don't like to stretch goals because they tend to involve milking your audience for more and more money but I do have ideas for things that I want to do if we raise more money for the projects. One of the things that I want to do is if we get a chance is as a little art book. Picture a little four by six artbook or something like that called the History of the Great Memes of EVE Online, talking about and discussing memes as a communicative art form and propaganda form that players use to paint the story of EVE Online and to communicate that story. It's a fascinating mass communication mechanism that I really would love to see taken more seriously. And even if they're silly or jokey there's still something serious to consider there about what effect a good meme can have on a community and what sort of messages are being communicated by that art. There's lots of stuff that I'd like to do. There's plenty more to do in this project; some fascinating areas.

Volume 2 goes up to 2016 and I think it's hard to say exactly where the story will end because that's sort of a storytelling problem. When I get to the point where the story needs to be concluded that will be where the story ends. But, I believe it'll end with World War B which is a contested title. Not everybody likes the fact it is called World War B. Some people prefer to call it the Casino War. But yeah, that community moment in 2016 was a really special time in the EVE and that was the first time since I started studying EVE that I felt what other EVE players have felt witnessing something happening live and realizing that something special was happening. There was a community moment happening there. That would likely be the place where it will end.

A couple of people I bumped into out in the Fanfest halls are kind of like immediately giving me their stories because that's a satisfying thing for a lot of them as they have these immensely impactful personal stories for themselves that they would like to share with people. But, it's very hard to do that and you need someone who can come in and combine a lot of different perspectives together to be able to put those stories in a proper context that you can see as a reader what it meant to that person to be involved in something so much larger than themselves. 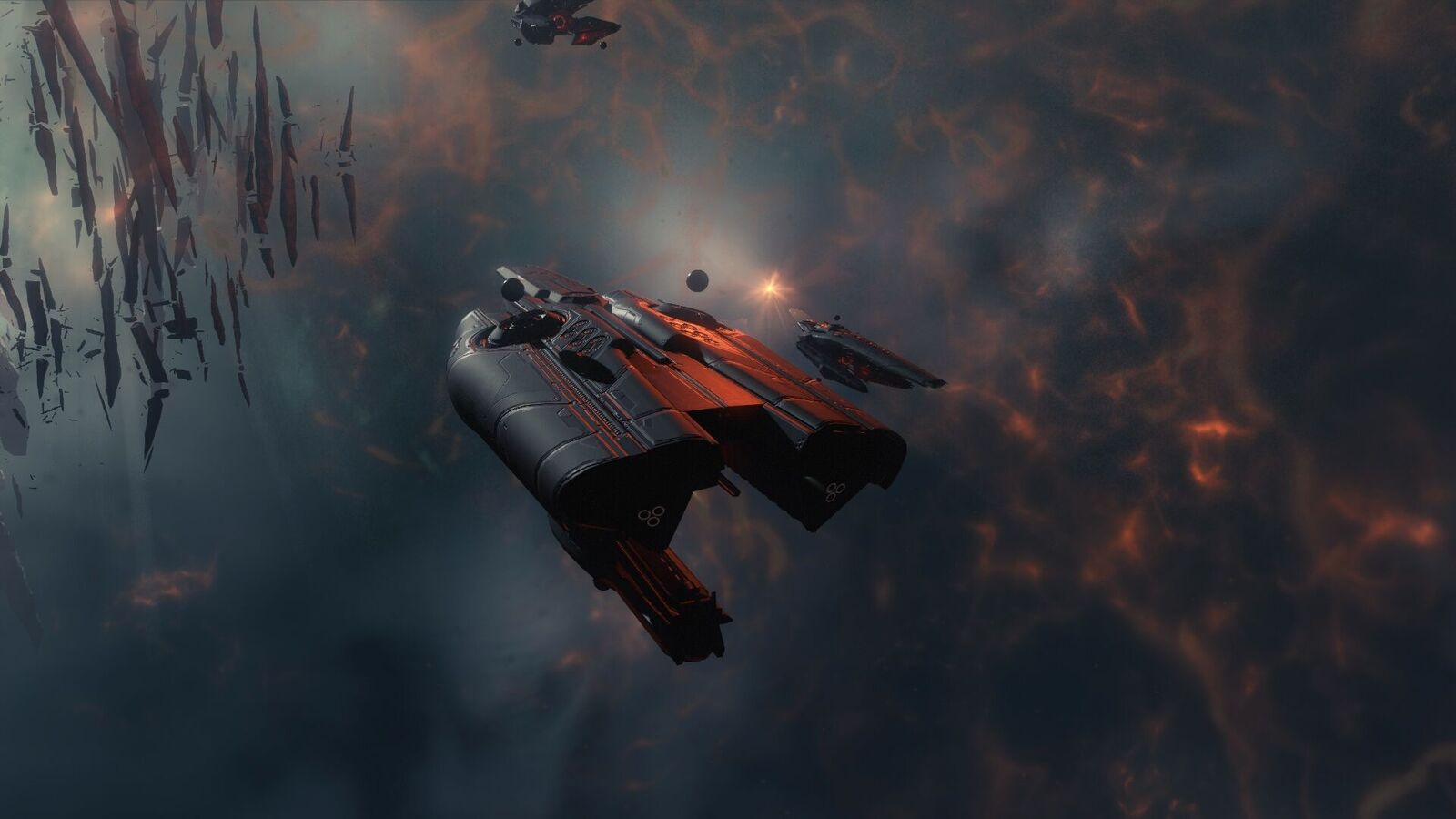 I have an amazing screenshot partner who takes the most amazingly beautiful EVE screenshots. Stuff that you wouldn’t believe came from a video game like the stuff that they're able to take from the great battles of Eve is unbelievable.

We've got 28 days left to go on the campaign for the Kickstarter and expected delivery date is May 2019.