In the last 15 years of EVE Online's existence, its parent company CCP has made several titles that exist within the New Eden universe. EVE: Valkyrie allowed fans to get in the cockpit of a spaceship for some VR dogfighting action and Dust 514 offered up an FPS PvP experience on the PS3 that took place on planets within the larger MMORPG universe. However, CCP has never released a mobile title or anything that resembled the meticulous gameplay of their flagship MMO. This year both of those facts will change as the company revs up to launch EVE: War of Ascension for iOS and Android devices. 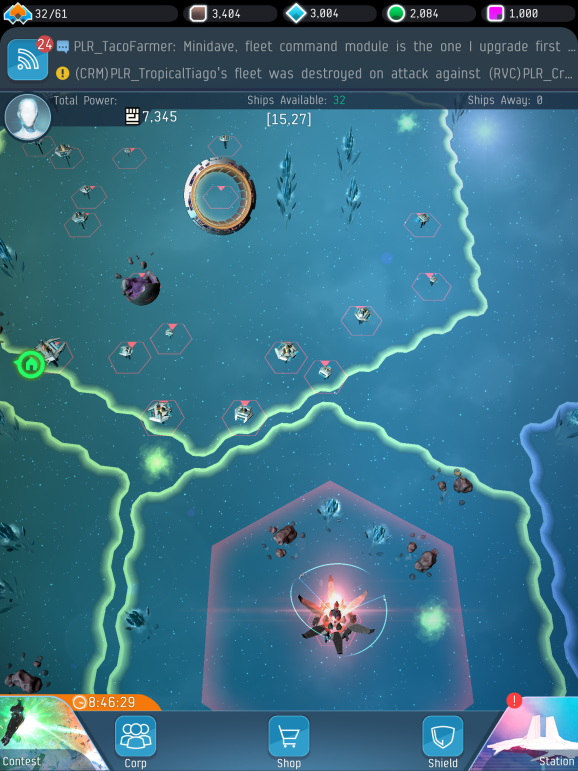 Originally titled Project Aurora, the game will allow players to experience the world of EVE Online in a form that, while similar to EVE Online, will be made to cater more to the palette of mobile gamers. Players will be able to explore the vast reaches of the cosmos in search of resources and ancient relics on a hexagonal map grid. As they explore and run into other players, there will be opportunities to make new friends and foes alike. The game will also feature weekly events for folks to participate in.

According to a quote on Engadget from Emily Greer who works for the game's publisher, Kongregate:

"Eve Online has always been an incredible online world, but as one of the most complex and interesting MMO games on PC, it wasn't always accessible to a broad audience. Bringing the community, intrigue, and universe of Eve to millions of mobile players later this year is a banner moment for our publishing program."

There aren't many more details at the moment about gameplay features or how it will integrate into the larger world of EVE Online if it will at all. EVE: War of Ascension is due to launch for iOS and Android mobile devices later this year.