The list of new features and changes introduced in the new Rocket League Tournaments Update version 1.43 is tremendous. Players who want the full scoop should absolutely check out the complete notes featured over on the official Rocket League website. That said, there are a few special additions we'd like to highlight below.

The biggest new change is the addition of Tournaments to Rocket League. Players can now create and join tournaments by heading to Play on the Rocket League main menu, then selecting tournaments. Brackets can feature anywhere from eight all the way up to 128 teams, and cross-platform tournaments are enabled, meaning players can put their skills to the test against the most competitive players across any compatible modern platform.

Psyonix has also saw fit to include a new Quality Connection Status indicator that will pop up when players are experiencing issues with their network connection. In addition, the team has also added the Chat Ban feature, which should serve to oppose all those who seek to troll their teammates and opponents. 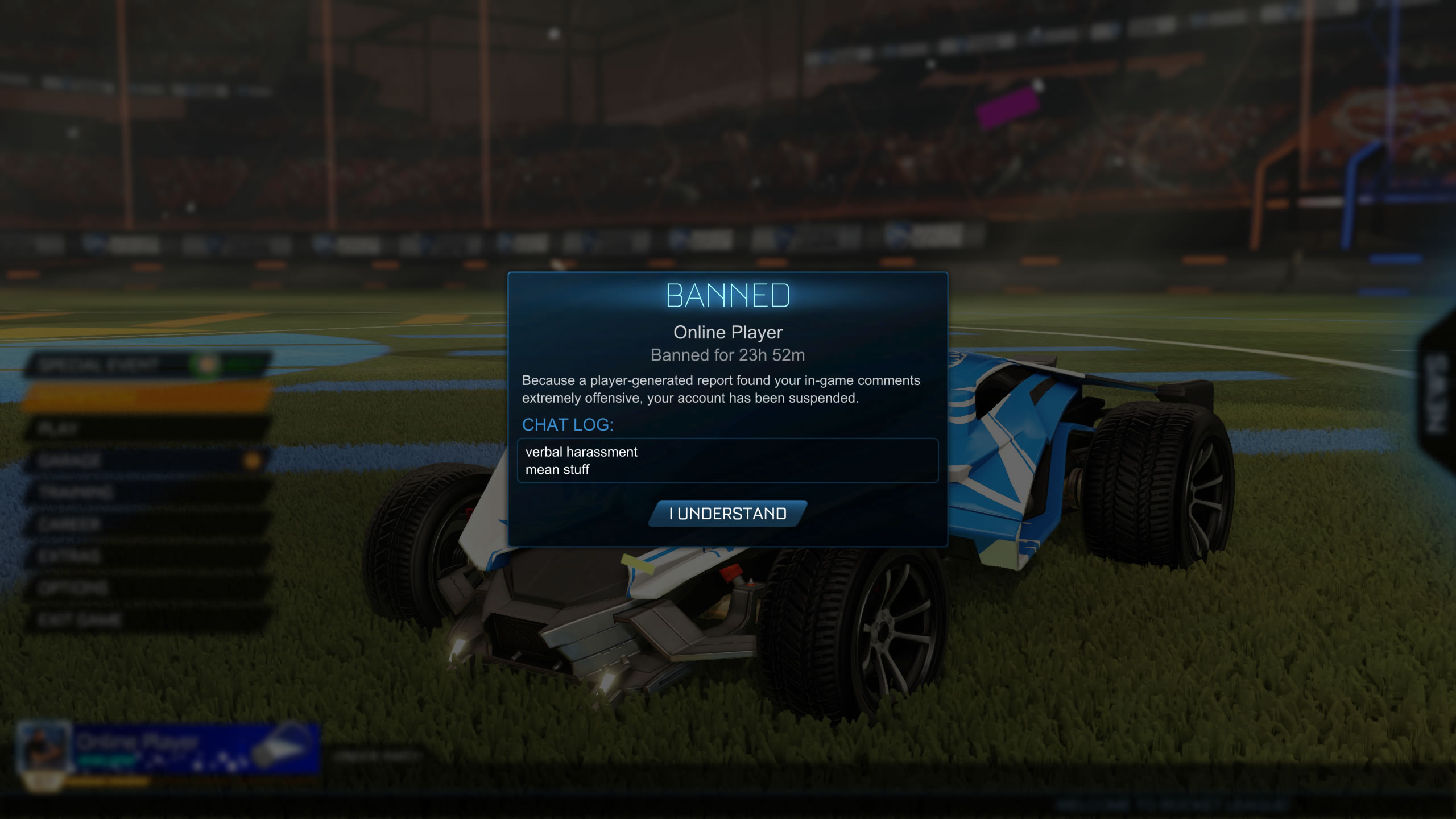 The new features don't stop there: the Tournaments update includes new user interface options that can be changed through the Interface tab; Spotify integration is now available for Steam players; the orange and blue palettes of team colors have been expanded; and last but not least, several bug fixes have been introduced, including a fix for an issue where decals wouldn't properly display over painted portions of cars.

Nintendo Switch fans will also note the system's new graphical options. Switch players will be able to choose between "Performance" and "Quality" options, with Performance mode providing an optimized 60fps at either 900p or 720p and Quality mode providing a locked 30fps at either 1080p or 720p. Switch owners will also now be able to use the system's Video Capture feature with Rocket League.