For the past couple of years, characters of all colors and stripes (and various other patterns) have been racing to the finish in Runbow, 13AM Games wildly fun foot racer. The game is still set to hit PlayStation 4 and Nintendo Switch later this month, but the studio is now looking to move on from the rainbow racer and move on to something a little more mysterious.

And 'mysterious' is certainly a good way to describe 13AM's next project, as it's an action/mystery game. Step into the offices of the Regulators of Interdimensional Frontiers and Technology (RIFT) and spring into action with the upcoming Double Cross. Shacknews was first introduced to this new game at this year's Game Developers Conference and had a chance to try out this upcoming Nintendo Switch platformer.

Players are introduced to Zahra Sinclair, a seasoned officer of RIFT whose primary function is to maintain peace and order across all dimensions. Her office is filled with denizens of various dimensions, all serving RIFT in different roles. But this crew is soon left reeling by an attack on the RIFT offices by a mysterious assailant. Zahra must travel across three different dimensions in search of whoever's responsible, completing platforming sequences, battling bosses, and collecting clues and evidence to help in the investigation.

Our first impression of the Double Cross stages is that they're fairly extensive. There are multiple areas to explore and, while it feels slightly more linear than a standard Metroidvania, there are many hidden areas to uncover filled with secrets and power-ups. The dimensions themselves are split off into three different stages, making for a total of nine stages to explore initially, not counting whatever's available after the mystery is solved. It's worth exploring as many areas as possible, because Zahra can pick up Upgradium, which upgrades her various abilities. 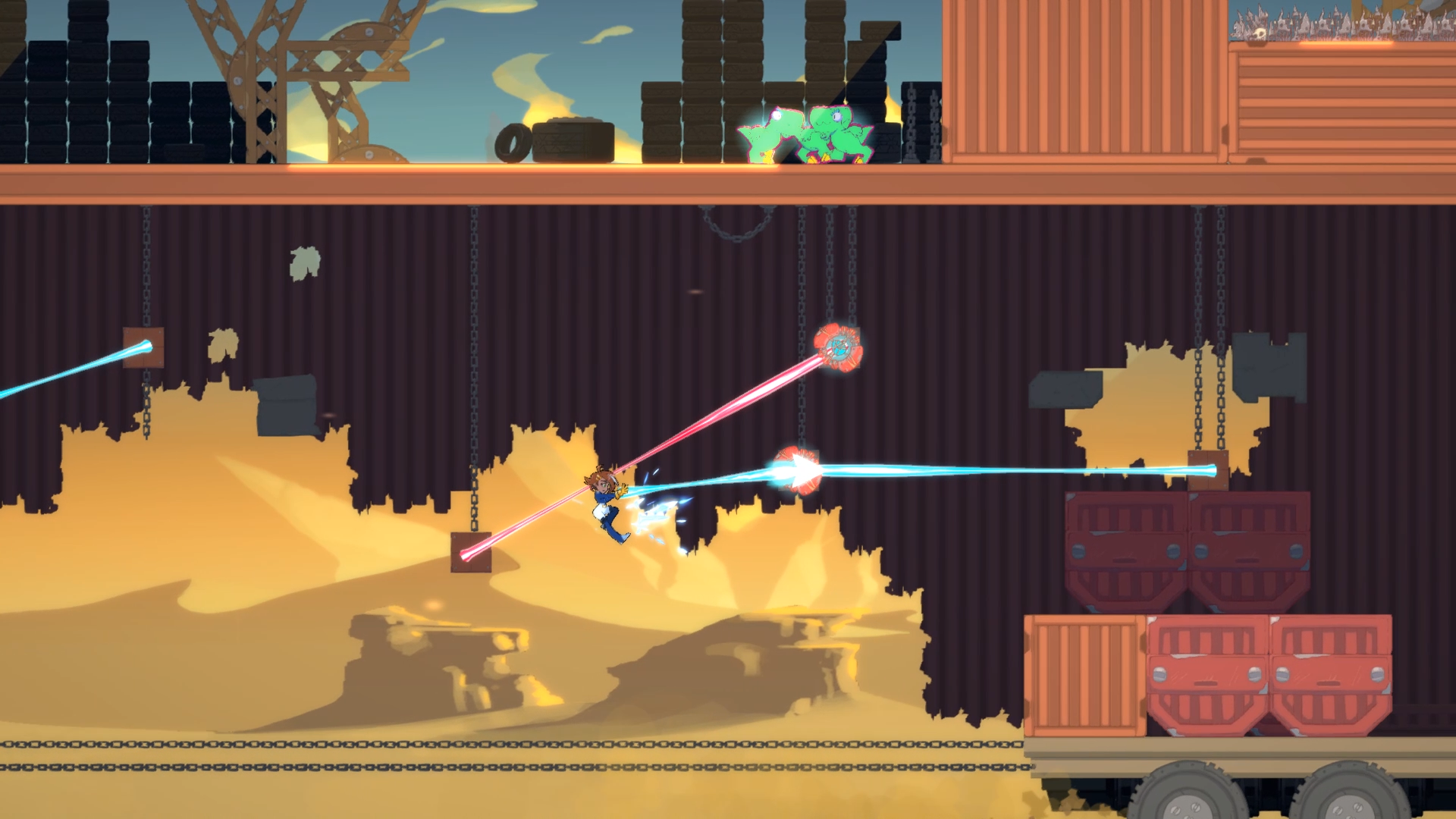 One of those abilities involves Zahra's grappling beam, which is a critical part of her arsenal. This allows her to swing across difficult platforming sequences or grapple towards higher areas. The grappling beam is also helpful for attacks. Zahra can attract objects or even enemy projectiles towards her, allowing her to fling them towards foes. Zahra can aim her throws so that she arcs them towards her target. For the more direct approach, Zahra can also punch out her enemies.

The appeal of Double Cross will definitely be in its platforming mechanics, with the grapple beam providing some fun challenges and precision timing. There's also the investigative element, as the culprit of the RIFT attack isn't made obvious at the start. The idea is to bring in suspects for interrogation in the RIFT offices. Though this element of the game wasn't on display at GDC, the concept could be interesting if done right. 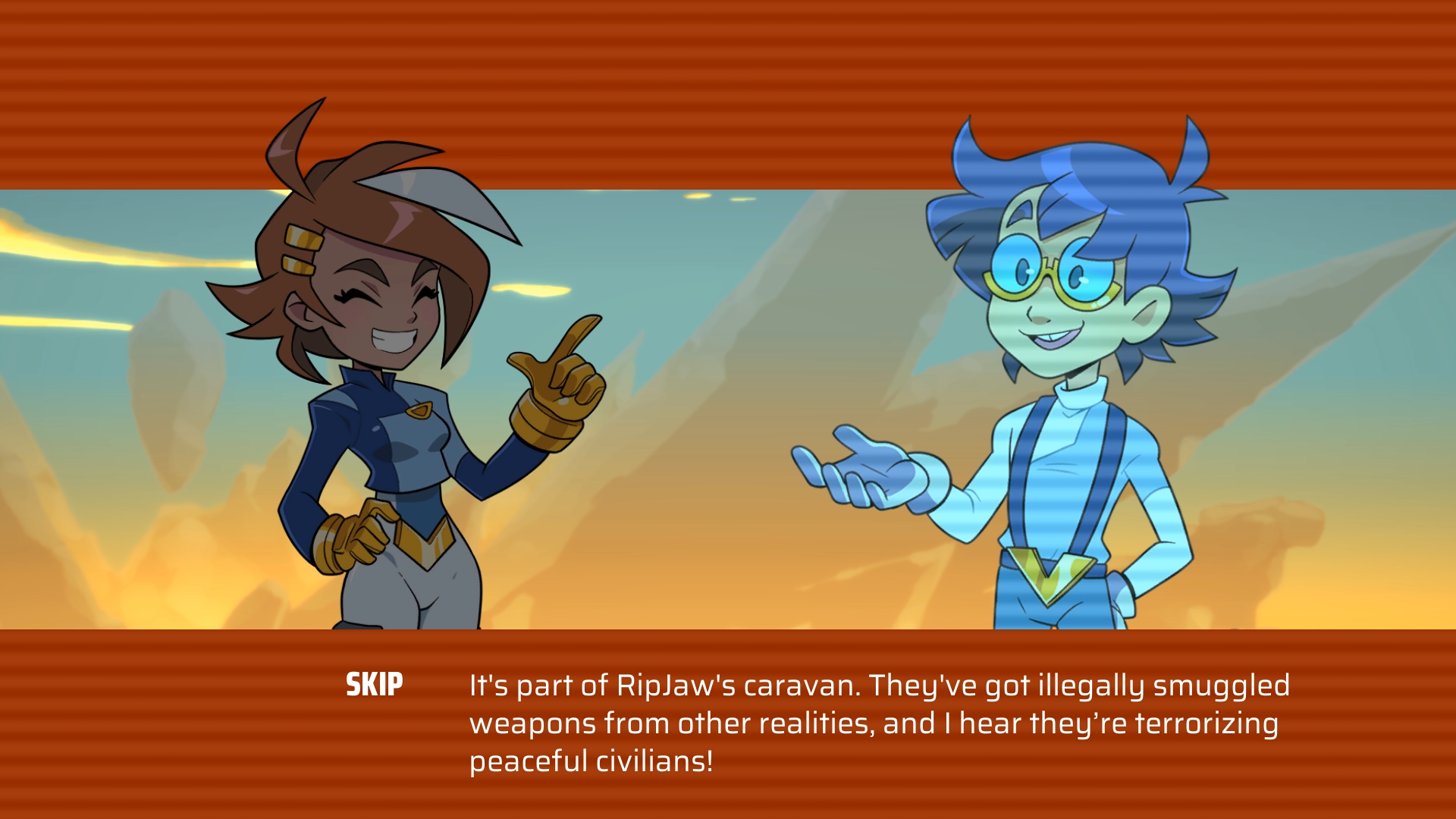 Double Cross' characters also look interesting, like a blend between WayForward's Shantae series and a Butch Hartman cartoon. Characters like Sgt. Sprout Ironbulk, Skip Hollister, Dash Sterling, and others all have a fun rapport with Zahra, with quirky dialogue and humorous exchanges within the hub world of the RIFT offices.

The case is just getting started for 13AM Games. Look for Double Cross to hit both Nintendo Switch and PC later this year. For those who are attending PAX East, Double Cross will be fully playable at the Graffiti Games booth.