Shapes! Shapes everywhere! That's the idea behind rhythmic bullet hell action game Just Shapes & Beats, with the objective to avoid as many obstacles as possible.

Just Shapes & Beats has been in development for quite a while. Shacknews has previously seen Berzerk Studio's musical effort at events like PlayStation Experience. But last week, Nintendo revealed that the game would come to Nintendo Switch first. With that in mind, Shacknews went hands-on with the game's latest build at this year's Game Developers Conference. 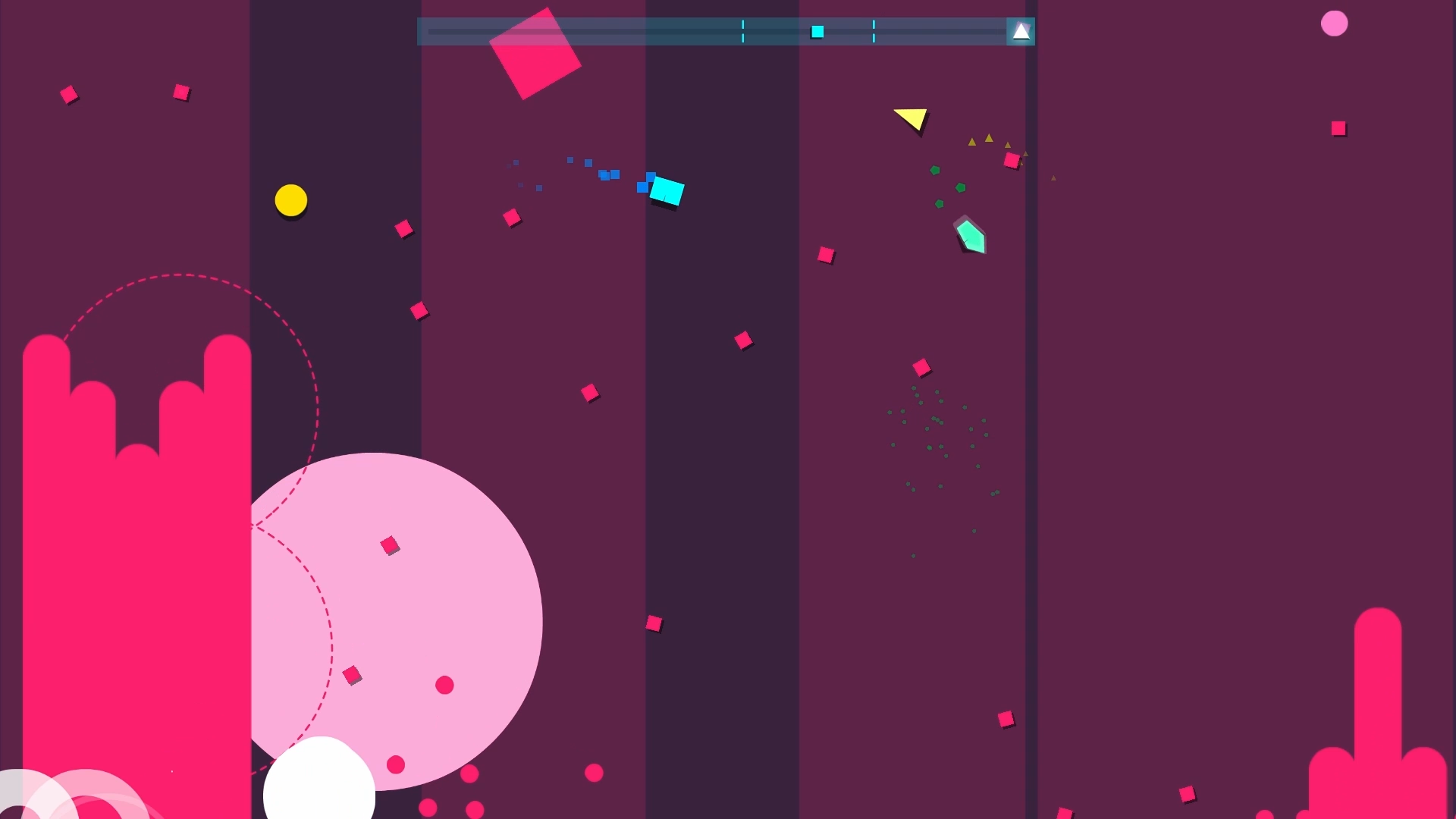 For the unfamiliar, players take the role of a simple shape. Everything pink is bad and will harm the player. That's everything pink. The various pink shapes manifest on-screen to the beat of the music. And for electronic music aficionados, that's the biggest selling point for Just Shapes & Beats. It boasts a robust electronic and chiptune soundtrack from over 20 artists. That means this game is heavy on the beats, fast on the rhythm, and that means little-to-no slowdown on gameplay.

Giant creatures, laser beams, and various other effects will pop up on the screen as each stage's song progresses. The only way to avoid harm is to perform a dash, which makes the player momentarily invulnerable. It's a fleeting invincibility, though, as the obstacles just keep coming and don't let up until the song is over.

That's why it's a good thing that Just Shapes & Beats is built for friends. Four-player couch and online co-op is supported, which is good, because friends are a necessity. Players can resurrect any downed friends by simply flying over them. Given how songs can get progressively more difficult, resurrections will likely be frequent. 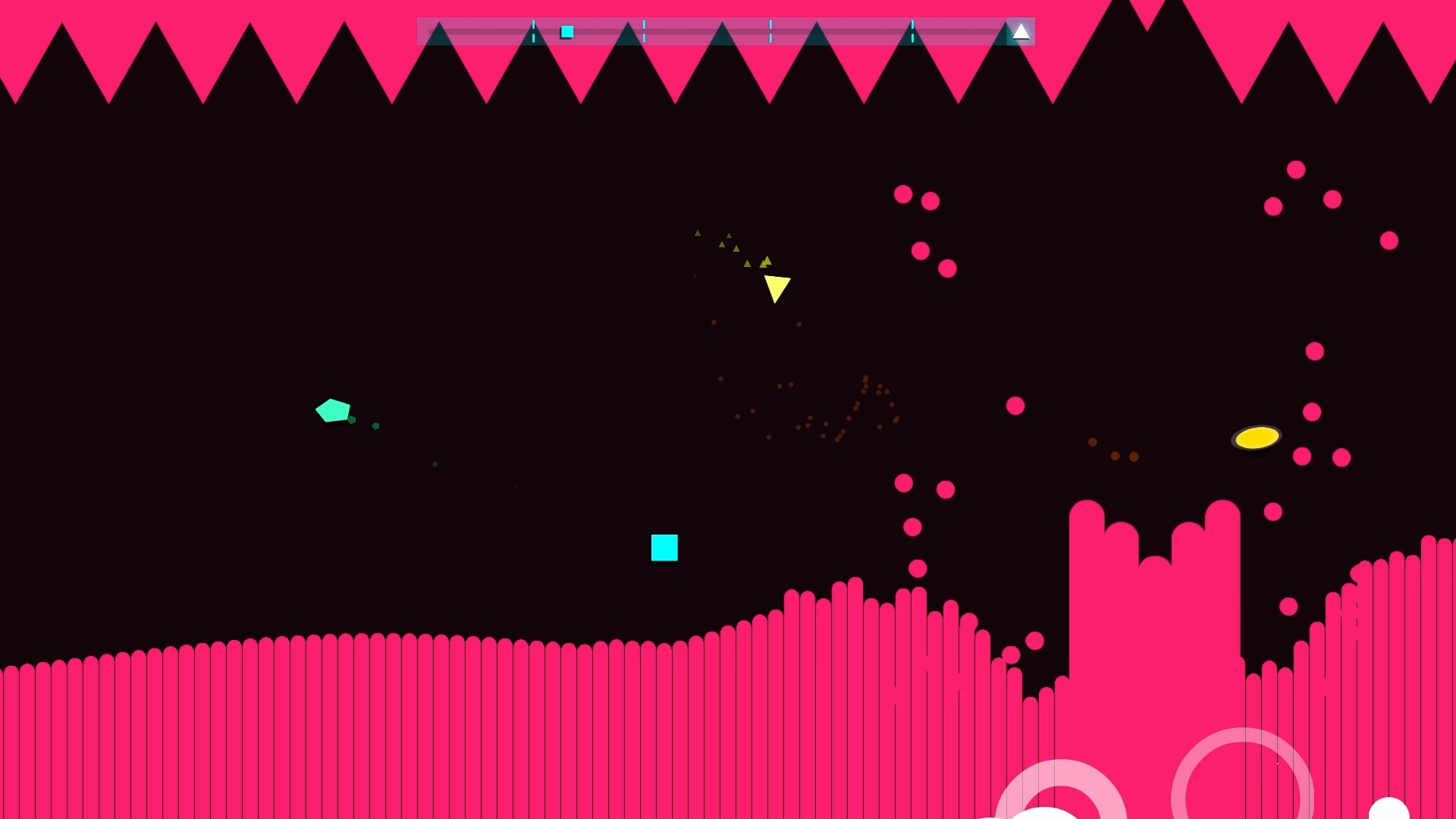 Just Shapes & Beats has undergone a few changes since it last popped up at last year's PlayStation Experience. One thing to note is that there now seems to be an overworld, with players going through different songs and stages to reach other areas. One of these transitional areas saw me flying over a pink ocean and attempting to avoid tidal waves and falling objects.

Just Shapes & Beats is as intense as any bullet hell game, arguably moreso since there's no means for fighting back. But it's one that's easy to get into, not just because of the simple control scheme and the growing desire to escape alive, but because of the catchy soundtrack. It's one that players will finally get to experience this year, as Just Shapes & Beats appears to be in the home stretch of development. It's set to release on Nintendo Switch first on May 31. It will then hit PC and PlayStation 4 at a later date.