Rare Teases The Kraken in Sea of Thieves Launch Trailer

After many alpha and beta test sessions spread throughout 2017 and early 2018, Microsoft and Rare’s pirate adventure, Sea of Thieves, is almost ready for its big launch. All the swashbuckling action is slated to arrive on Xbox One and Windows 10 PCs March 20. To celebrate this event, Rare has released the official launch trailer for Sea of Thieves and it is a doozy.

The trailer gives glimpses of the action that made the game a hit with early access players and streaming viewers, including sword fights, ship fights, and lots of plundering booty. A closer look at the snippets in the trailer reveal some of the content that Rare has been holding back for the full release, including player outfits, emotes, and ship customization.

The highlight of the trailer is most certainly the first real glimpse of the Kraken, a legendary sea monster that supposedly haunted the oceans and lived in the nightmares of anyone who spent their lives at sea. In the trailer, the Kraken appears to have its way with one of the pirate ships. I’m sure everything worked out swimmingly for that crew. 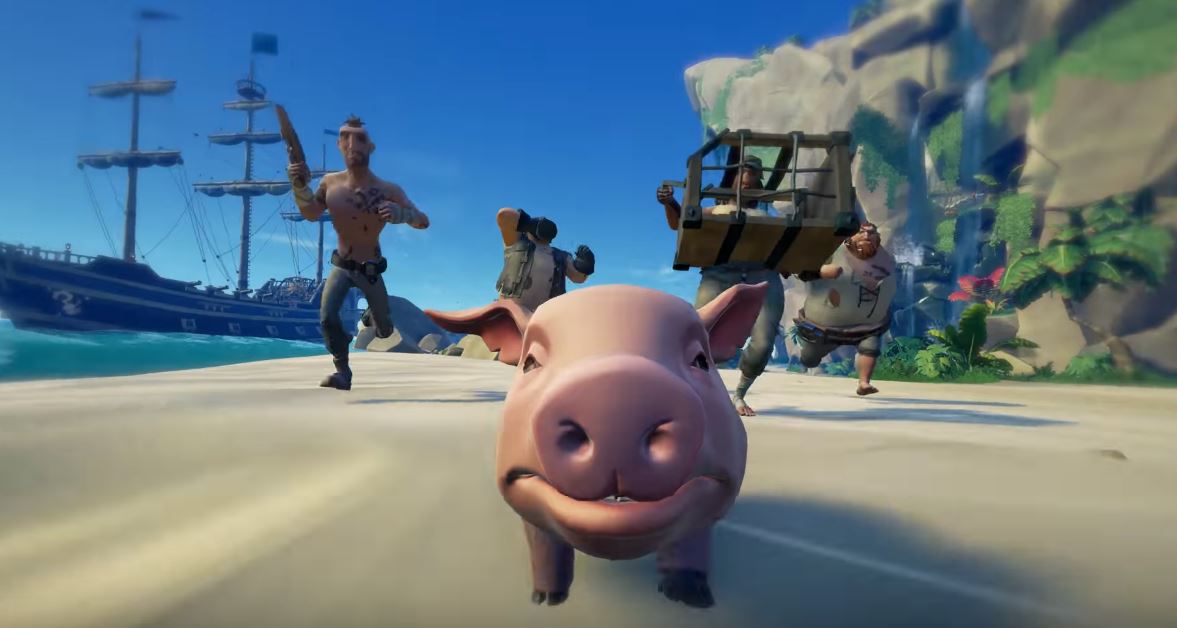 If you are interested in getting in on the pirate fun, you can check here for info on how to acquire the game for PC. Xbox One users can grab a pre-order here (this digital copy also supports Play Anywhere and will work on PC). Additionally, Microsoft has introduced an all-new Sea of Thieves controller that works perfectly for the Xbox One and PC. If you need even more coverage on Sea of Thieves and live for reading scalding hot takes, take a look at this scorcher from the Shacknews Staff.