While Hearthstone players grinding on the monthly ladder are preparing for the turnover to the new Standard season, Tuesday saw a few announcements come for the game's Arena players. Hearthstone's Arena mode is about to receive some significant updates, including a few tweaks to the rules and a few new cards. 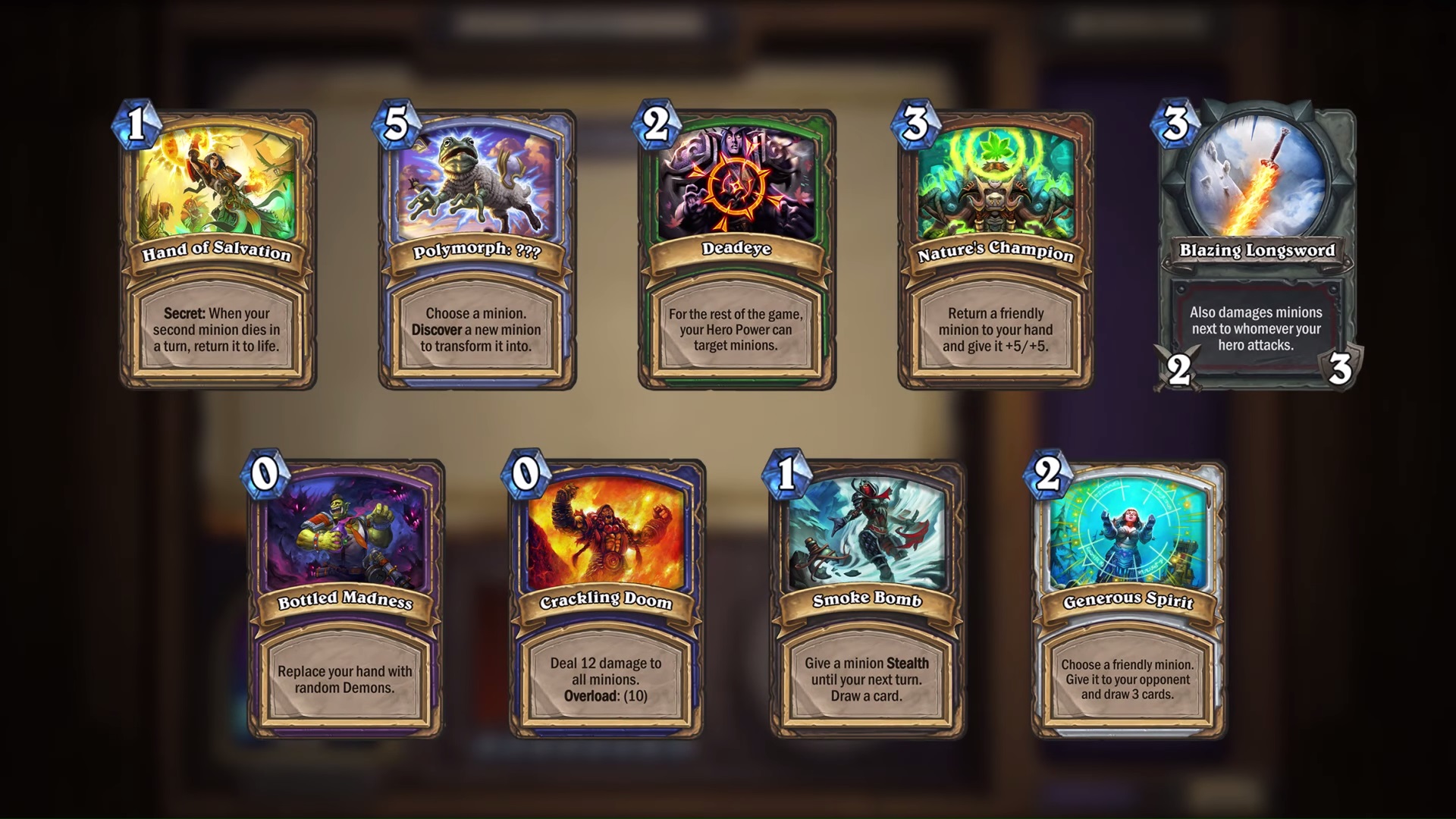 The most noteworthy announcement is that each of Hearthstone's classes is getting one new card for Arena for a limited time. These cards were designed by fans in attendance at BlizzCon 2017. They include:

Other changes include adjustments to the Arena draft. Card choices will no longer be based entirely on rarity, but will now be offered based on relative power level. One example given is that players may have to choose between the powerful Fireball, the defensive Ice Barrier, and the laughable Wisp. The team hopes to offer less choices like that and more choices like Fireball, the spell-discounting Leyline Manipulator, and the area-of-effect damage causing Primordial Drake. This change will be ushered in with the upcoming 10.4 update.

"We've kept all the existing modifiers to increase the chance to see class cards, spells, and weapons," said Hearthstone Lead Systems Designer Kris Zierhut. "But we've decreased the chance to see cards of below average value. Cards of different rarities still have approximately the same chance of appearing they had before the update, but now they'll appear alongside cards of different rarities and of the same approximate power level."

No word on when the 10.4 update is coming, but look for it to arrive in the next few weeks. More information can be found on the Hearthstone website.