Unfortunate news has struck fans of NIS-published games, as NIS America has announced that the company's web-based storefronts were involved in recent and lengthy a data breach where suspected hackers appear to have made off with a number of customers' credit card details.

As detailed to customers through an e-mail titled "Notice of Data Breach," NIS has revealed that a number of online stores operated by NIS America, Inc. appear to have been infiltrated by "an unauthorized party" where customer data like home addresses, credit card numbers, and other payment details appear to have been stolen. The affected storefronts mentioned include both the NIS America store and the SNK Online store.

According to the e-mail, customer information was taken through the use of a tool that redirected customers to an offsite page that would copy submitted information before redirecting buyers to the proper NIS storefront. NIS has stated that they became aware of the situation on February 26, and suspect that the unauthorized access and combing of user information started as far back as January 23.

Since customers were ultimately directed back to NIS stores and relevant purchases were still completed, it took some time before the team was aware that the breach had occurred. For now, the NIS team suspects that the intruders were able to gather customer names, addresses, e-mail addresses, credit card numbers, credit expiration dates, and CVV security codes. 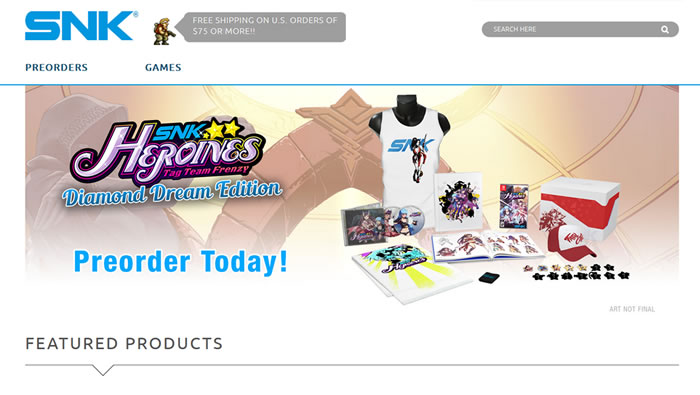 What Affected Customers Should Do

Anyone that has placed an order through an NIS online storefront between January 23 February 26 should pay close attention to their credit card and bank statements. In the company's e-mail, NIS urges customers to contact their banks or credit card providers if they spot any sort of suspicious activity. NIS also suggests that users may want to cancel their cards if they're concerned about a potential negative impact resulting from the breach.

NIS has confirmed that NIS America user accounts themselves aren't set up to store payment information, so aside from the duration of the breach, there should be no concern about any details stored by customers outside those dates. They urge any user to report suspicious webpages, redirects, or any other potentially-malicious web behavior straight to the site's operators. Lastly, just for added security, the team recommends that NIS America store customers change their account passwords.

NIS America is also willing to offer customers affected by the breach a $5 discount on their next NIS store purchase.