One might be forgiven for forgetting that H1Z1 was still in Steam Early Access. The zombie survival game has been floating around for over three years. But it is in Early Access no more, as Daybreak Games has finally released the full version of the game as of Wednesday morning.

And what better way to celebrate a full 1.0 release than by joining the battle royale craze? 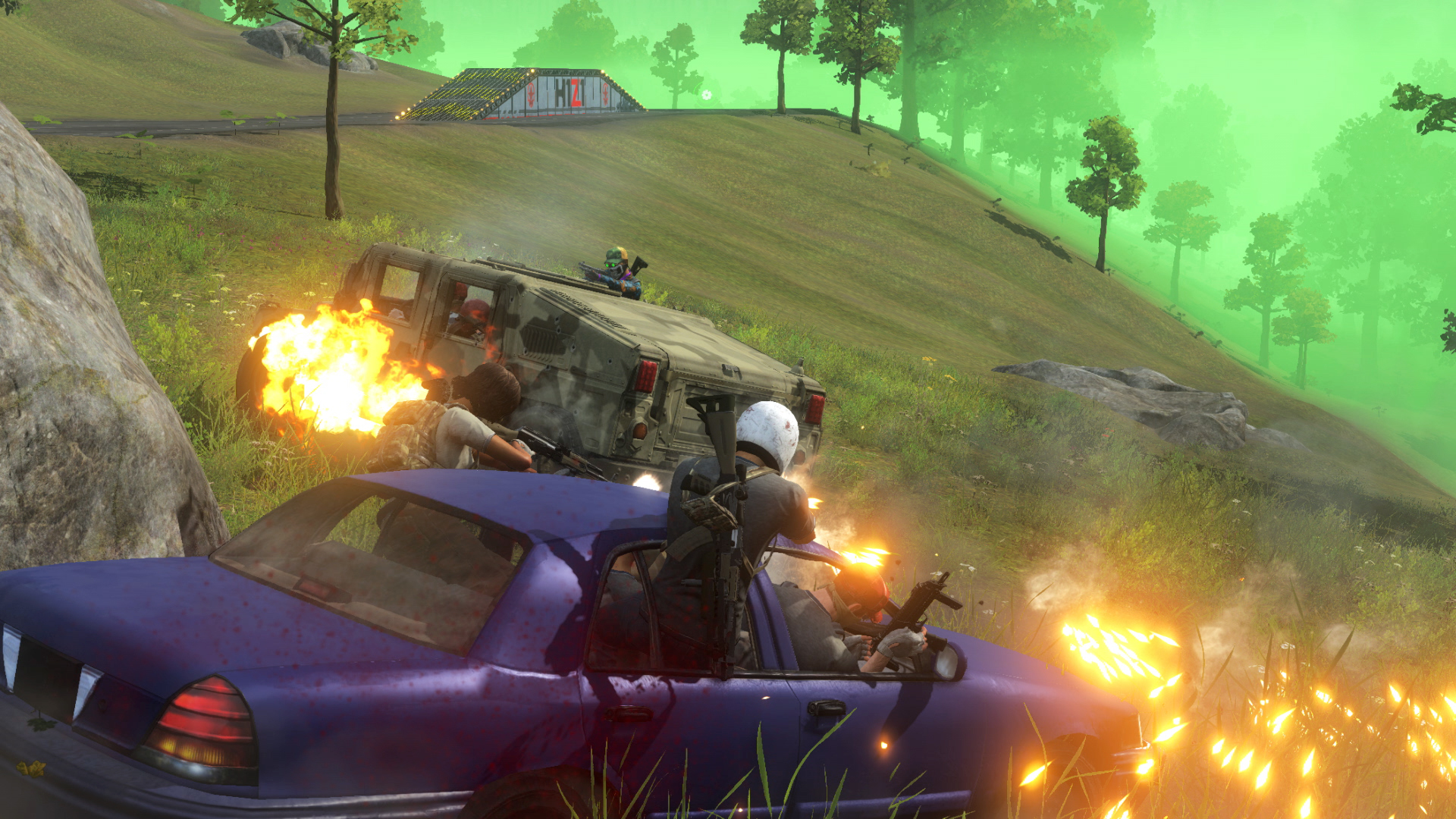 Yes, H1Z1 has a new battle royale mode, but there's a bit of a twist here. This mode has cars! Auto Royale sees 30 teams of four do battle across the game's maps, looking to be the last band of survivors standing. However, teams select either a Sedan or an Armored Recon Vehicle (ARV), offering more of a focus on vehicle battles. Auto Royale also features a number of other mode-exclusive features, including a Light Machine Gun and different power-up drops.

While H1Z1 is in 1.0, Auto Royale is currently in beta and is expected to stay in that state for the foreseeable future. Daybreak will be taking feedback, but in the meantime, let's check out the trailer.

The core H1Z1 game is also getting a few major updates. Players will now be able to choose which area they parachute into at the start of any match, with airdrop locations revamped to maximize player conflict. Scoring for the inaugural Season 1 is also being overhauled to reward "consistency and aggression," as opposed to purely placements.

More information on H1Z1's new features can be found on the H1Z1 website.