Much like with Hollywood, the video games industry seems to be combing over popular releases of the last few decades to find a classic experience worthy of reinventing for a current-generation audience. The latest game to get this modern treatment is Secret of Mana, based on the 1993 game of the same name but presented in 2018 with completely reworked graphics, enhanced audio, updated controls, and more.

On paper, the game's concept is sound: the new Secret of Mana could combine old-school charm with new-school mechanics in a way that brings in new series fans while still satisfying those who enjoyed the title during the 16-bit era. In practice, however, Secret of Mana's blend of old and new instead serves to highlight the original game's biggest weaknesses, particularly and especially when comes to capturing the player's imagination. 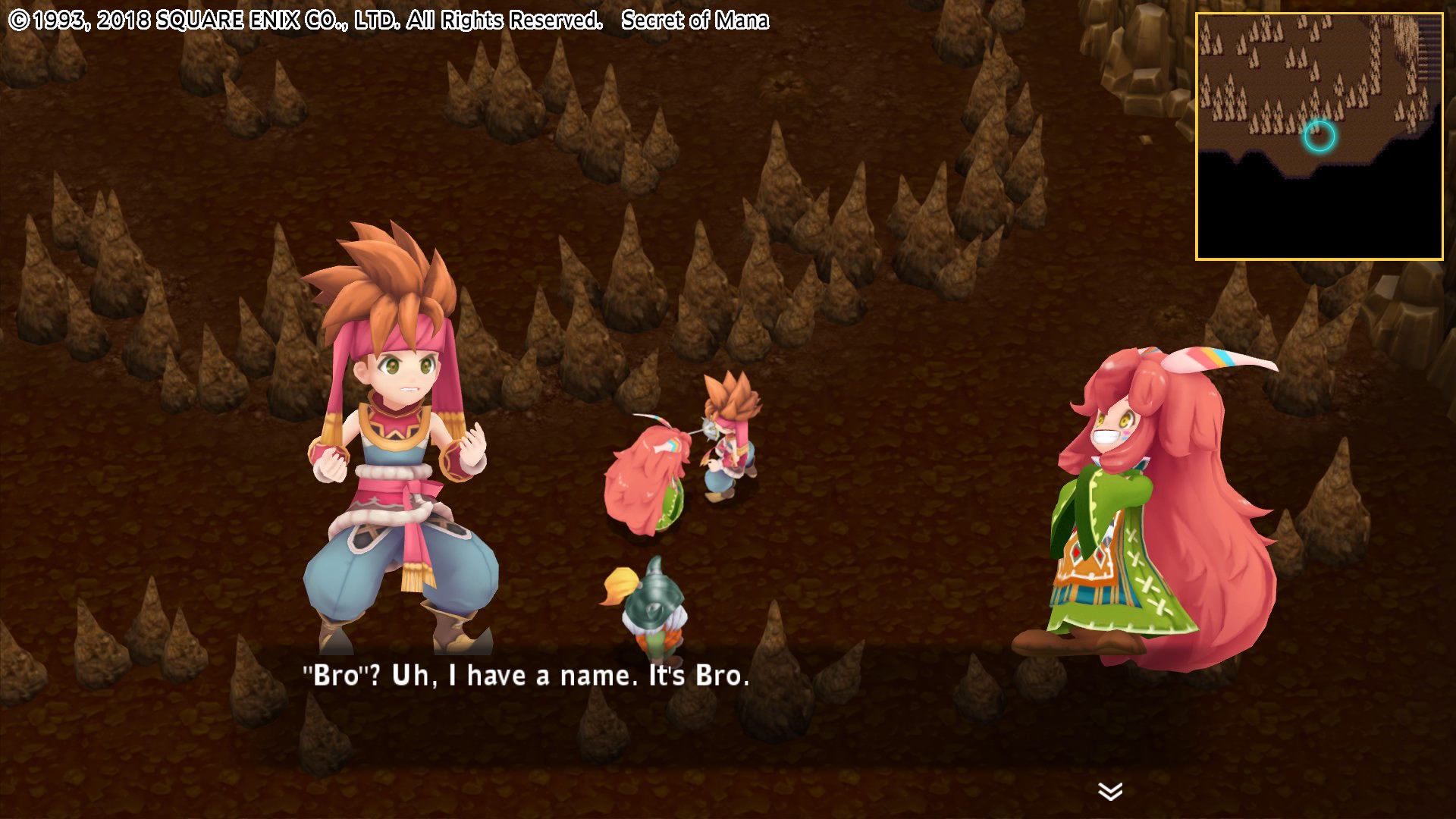 Despite being renamed, the protagonist was still listed as Randi throughout in-game menus.

For many players, the primary allure to Secret of Mana has always been its charm; and though charm isn't exactly simple to quantify, in this case the void left in its absence feels almost tangible. Despite a bounty of otherwise-underwhelming features, the matter of missing charm in the Secret of Mana remake seems to be an issue of presentation. The exploits of Randi, Popoi, and Primm were originally offered up in a 16-bit style that relegated the expression of emotion to simple sprite-based animations; likewise, the game's writing gave characters and dialog room for perceived personality in a time well before voice acting ever became the norm.

Granted, some of those design choices boiled down to the necessary limitations of making a game for humbly powered hardware. Modern consoles don't have these limitations, however, thus Square Enix gave Secret of Mana a complete overhaul, with the remake sporting colorful 3D environments, full voice acting, and a totally revamped soundtrack, all of which made in the effort to stay as true as possible to the game's original form. 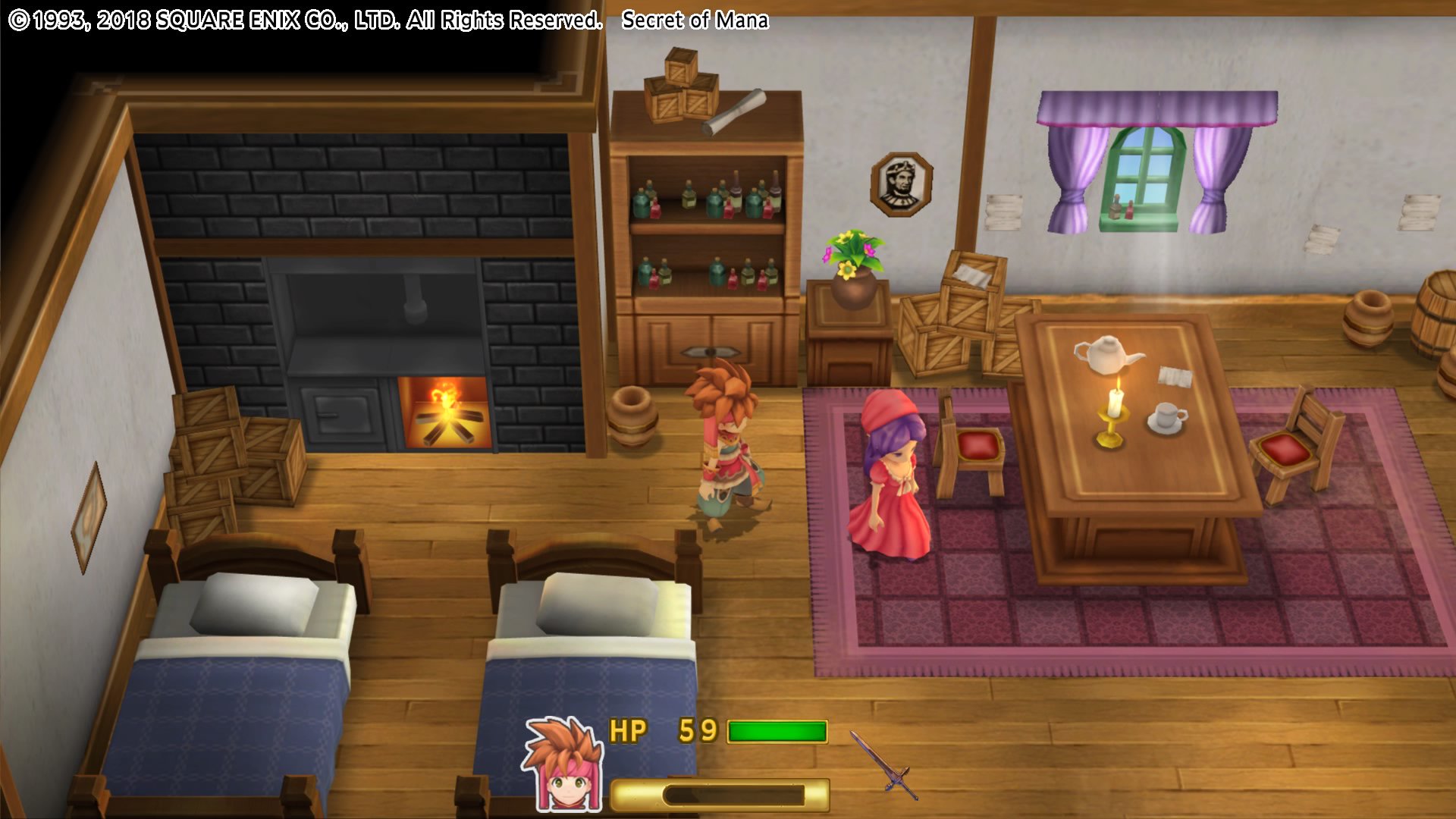 Unfortunately, it's in this notion of staying true to the original game that the Secret of Mana remake falls flat. Despite being a modern game, the 3D-enhanced graphics feel completely lackluster; despite being fully voice-acted, dialog and character interactions feel canned; and despite high-definition instrumentation, the game's music feels poorly matched to its overhauled presentation. These updated touches have filled in some of the gaps left in the original game's style, but they've also removed the crucial negative space that was previously filled in by the player's imagination.

In a nutshell, this means that while the Secret of Mana remake is about as true-to-form as possible, the game feels remarkably empty when compared to the original. There are still allies to meet, weapons and magic to collect, and great evils to conquer, but the game's prevailing feeling is one of an adventure that was much more engrossing the first time around. 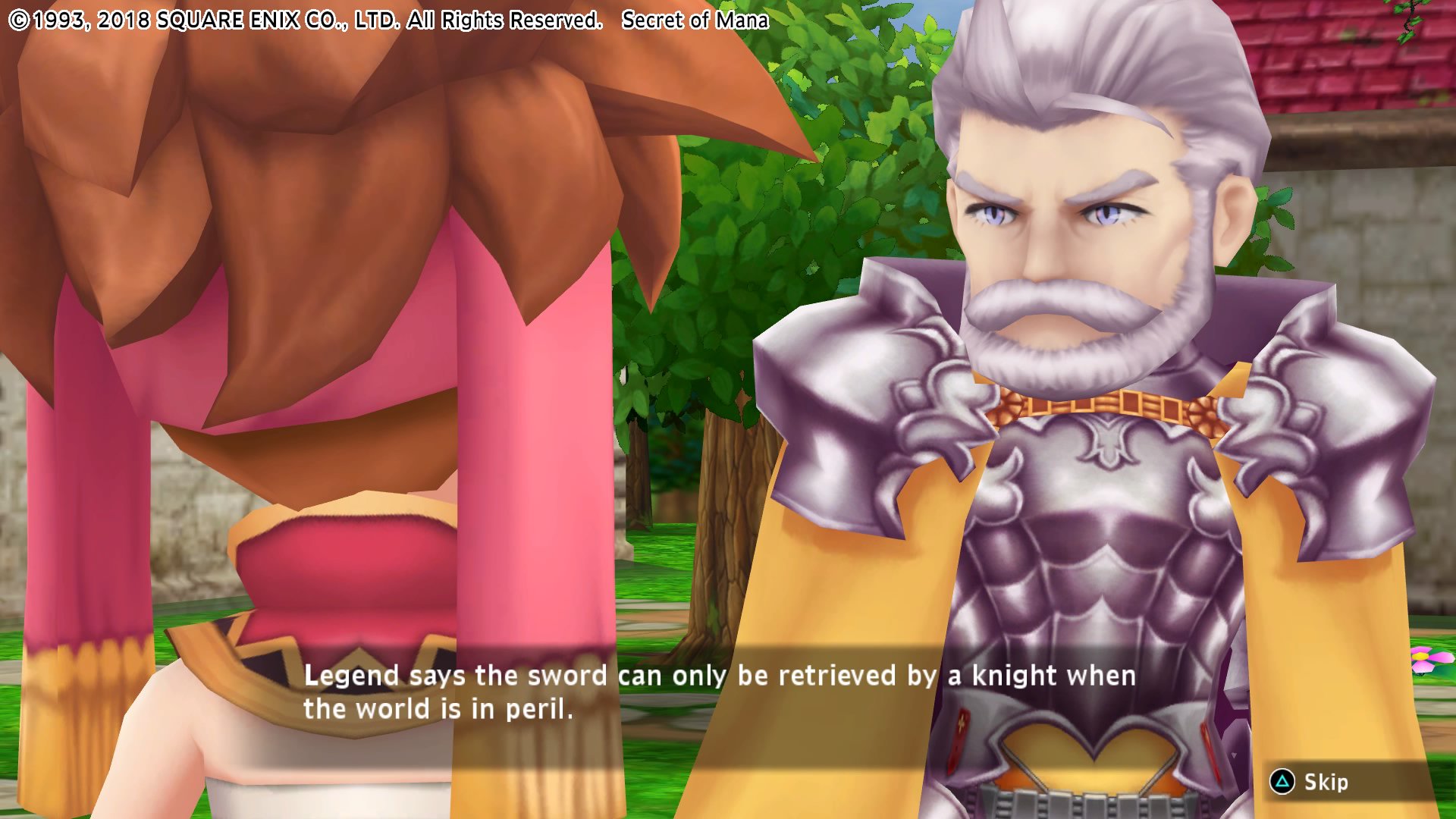 This trend continues when examining the game's other mechanics. The action-based RPG battle system is still largely intact, and players can still get up with two of their friends for some local multiplayer action or now head online to adventure with strangers. Battles also play out mostly as they did before, except now the game's heroes can attack in three dimensions, meaning players have a greater overall flexibility when it comes to taking out enemies. Granted, this means that both bosses and low-level creatures alike can also hit players from unexpected angles, which means enemies with ranged attacks have gone from base-level nuisances to needlessly difficult encounters.

Speaking of difficulty, Square Enix has also made some controversial changes to Secret of Mana's battle menu interface. The menu ring is particularly frustrating for a number of reasons, the biggest of which involves a total lack of awareness in who the ring is representing. In the previous game, the menu would hover over a character's portrait indicating that ability selections were for them; now, the ring opens dead-center, and there's no visual element indicating which hero is the focus of the action. Instead of allowing players to quickly cast spells, the new menu system means that players often dig through available actions only to discover that the menu is focused on the wrong character. Players will also note that the ally battle AI options have been removed, replaced with a simpler system of pared-down behavioral guidelines.

Thankfully, the rest of the core content within the Secret of Mana experience is still mostly present in the remake. There are still loads of weapons and spells to collect, and there's plenty of opportunity for players to grind for experience while tracking around the game's numerous environments. Bosses still hit hard, and the remake's new cutscenes when staying at an inn help fluff up its otherwise one-dimensional heroes. The plot, for better or worse, is standard RPG fare, but the fate of the world and the danger of the looming Mana Fortress still feels about as real now as it ever had before.

The original Secret of Mana was a charming, imaginative adventure that made a considerable impact on a lot of gamers' lives. Any attempt to reinvent that experience implies two things: that the original game had room for improvement, and that modern technology and design can bring about such improvements. Sadly, while the original Secret of Mana was by no means a flawless experience, the remake's attempt to improve upon the formula has resulted in a game that's markedly inferior by comparison.

This review is based on a PlayStation 4 download code provided by the publisher. Secret of Mana is available in retail and digital stores now for $39.99. The game has been rated E for Everyone 10+ by the ESRB.