Street Fighter V: Arcade Edition continues to roll out its third season of DLC characters this week, releasing an old favorite. He was last seen in Street Fighter IV and has been an omnipresent part of producer Yoshinori Ono's Twitter account. Now Blanka, the Brazilian beast, has returned, with many of his classic moves in tow.

It's been a while since Shacknews had a chance to step into the lab, last doing so for Zeku to conclude Season 2. Rested and refreshed, let's take a look at Blanka and what he brings to the Street Fighter V table. 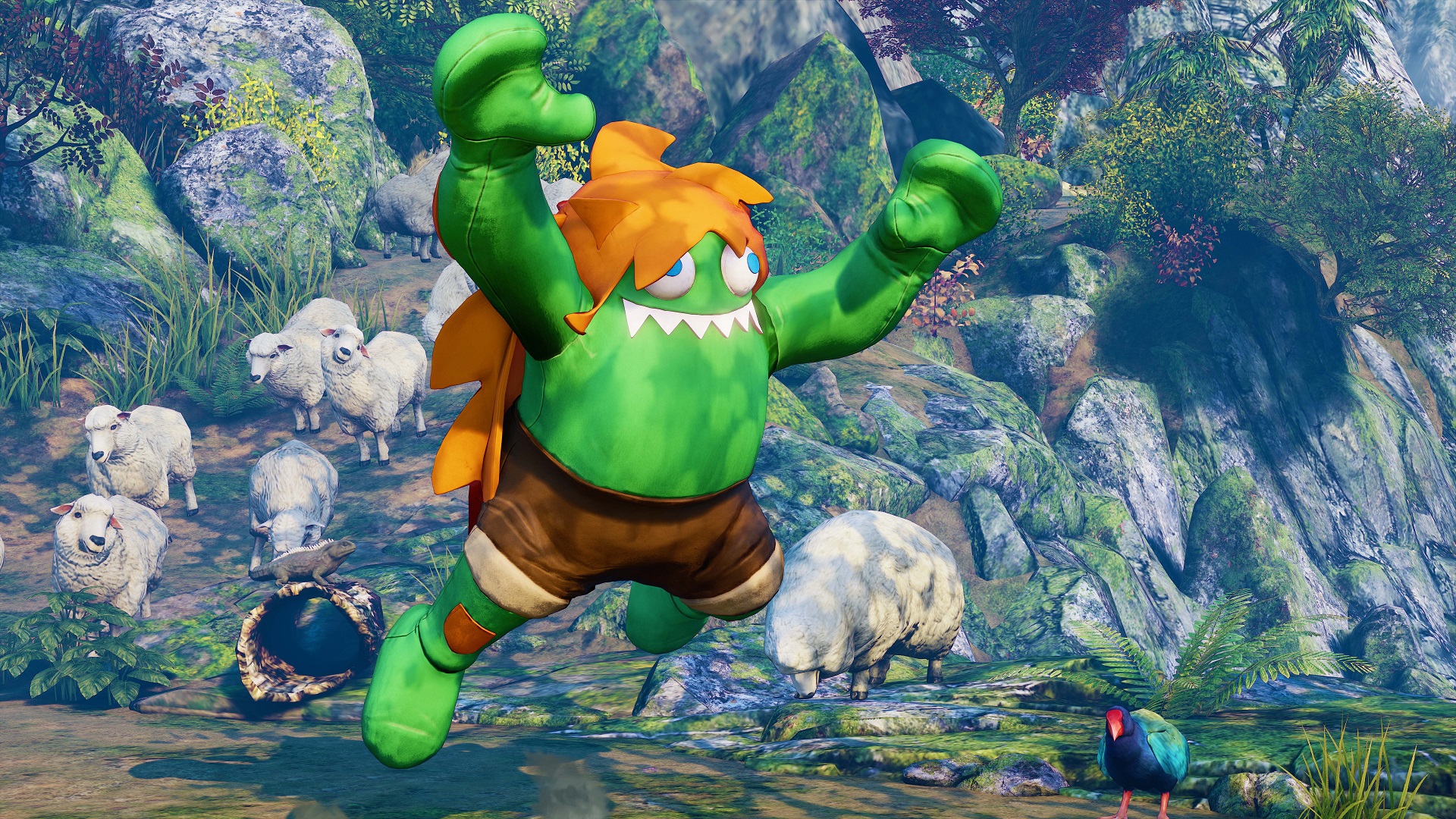 Whether a casual player picks up Blanka ultimately depends on what type of character they like. As has always been the case in both Street Fighter II and IV, Blanka is a charge character. Casual players that are more into fireball motions and the like won't find anything for them here. Blanka's Electric Thunder attack returns for the button masher in all of us, but his standing light punch goes a little slower this time around, so you'll have to earn the electricity combo a little more this time around. But more than anything, this character mainly lives and dies by his Rolling Attack.

But master the Rolling Attack and Blanka can quickly become a force. Whether using the standard version of the move or the Vertical version (which required charging down before hitting Up + Kick), Blanka's Rolling Attacks are most effective as standalone moves to catch opponents off-guard. As you get more and more used to them, you can integrate them into combos, though the most standard combo will involve ending with Electric Thunder. Blanka's Rolling Attacks can also be effective wake-up moves, assuming you have a direction charged and ready to go as you get knocked down.

Casual players may also want to familiarize themselves with Blanka's V-Skill, which sees him sprawl on the ground. This not only lets them avoid most incoming projectiles, but it can easily be followed up with a Heavy strike.

Blanka's two V-Triggers are immensely useful, but they take a lot of time to get used to from the casual perspective. V-Trigger I (Jungle Dynamo) is useful since it charges up all of Blanka's specials, meaning his Rolling Attacks get a little extra electrical punch to them. Blanka's Electric Thunder gets a little boost by launching the opponent, which opens them up to juggles and follow-ups. The trouble here is, the V-Trigger doesn't last very long at all.

V-Trigger II (Lightning Beast) is much harder to grasp for beginners. Rolling Cannon allows Blanka to follow up a Rolling Attack with a Rolling Cannon by hitting a direction and the two Heavy buttons. But the timing not only has to be precise, but you also have to make sure to not hit the Heavy Rolling Attack, since it causes knockdown. This one is purely for intermediate/expert players, since beginners will often wrestle with how to even move Blanka around while this V-Trigger is active.

At the very least, Blanka's Critical Art doesn't involve any charge motions. It's the standard double-fireball motion with a punch button and it's filthy in how it can catch opponents coming down from mid-air. Master the timing and this can become a fun exclamation point to any combo. 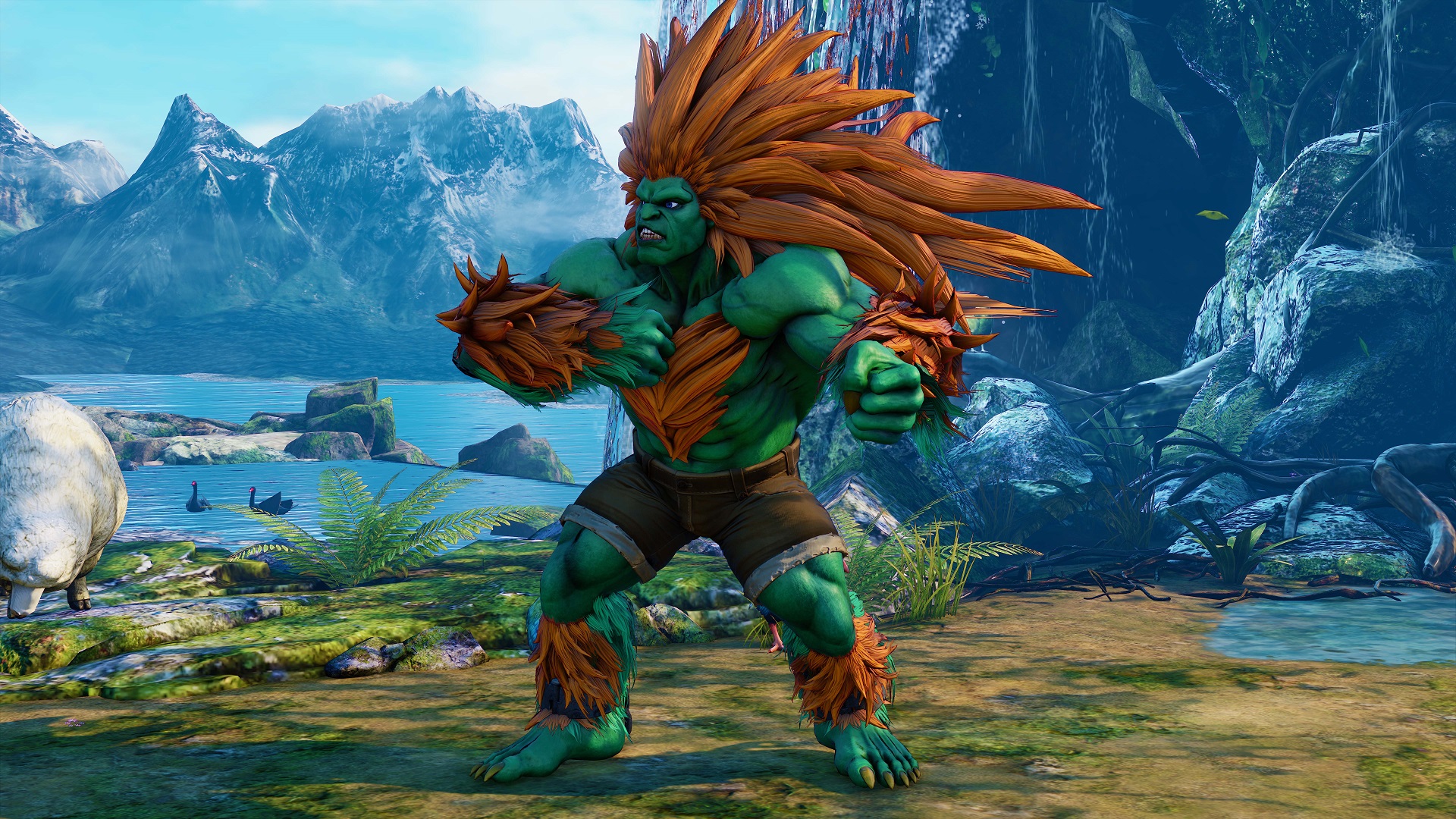 While casual players are more used to the Blanka that mainly utilizes counters and waits for an opponent to make a mistake before bombarding them with Rolling Attacks, pro Street Fighter V players have discovered a Blanka that can move right in and mix it up with the game's best characters.

First, let's take a look at Kun "Xian" Ho, who discovers the joys of a more aggressive Blanka in this "NSFW for language" clip.

Yes, that's Blanka crossing up opponents like nobody's business. Sean "ImStillDaDaddy" Dench is discovering that same aspect of the character, while also appreciating how easy it is to jump in with the Critical Art as an exclamation point.

Everyone who follows the pro Street Fighter V scene is advised to watch this next video, because one never knows who Seon-woo "Infiltration" Lee will bring out as his next pocket character. There's a good chance Blanka could be in his future, given what he was busting out with a more traditional, keep-away style.

And lastly, let's look at what kinds of fits that Blanka can give a grappler character like Zangief. Here's Street Fighter legend Alex Valle pulling off a wild comeback against Frankie "Stupendous" Lee Jr. by showing just what Blanka's V-Trigger II is capable of for anyone who can master it.

How's your Blanka experience been so far ShackFighters? Join the conversation and let us know in the comments.