The worlds of esports and traditional sports continue to inch closer together. A little more than a year ago, the Miami Heat announced its partnership with Misfits Gaming. On Wednesday morning, the Heat and Misfits (current owners of the Overwatch League's Florida Mayhem) announced another partnership, this one with hardware company Alienware.

As part of the partnership, all Misfits players will train and stream with Alienware tech moving forward. This includes the company's line of Alienware Aurora desktops, laptops, monitors, and peripherals. But more intriguing is that this partnership also aims to introduce esports to legions of NBA fans.

"In addition to supporting Misfits in-game action, Alienware will also support multiple gaming nights across the Miami Heat schedule throughout the NBA season," reads the NBA.com announcement. "As the line between basketball and esports fans continues to blur, Alienware is excited to partner with the Heat in creating new and interesting ways to introduce local sports fans to the world of competitive gaming." 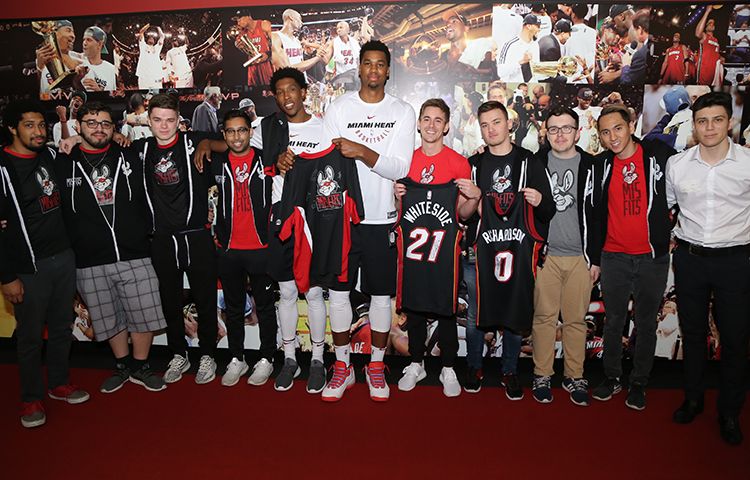 The Miami Heat has already taken steps towards crossing over its esports arm into its basketball arm. Earlier this season, the team hosted HEAT Gaming Night, in which Misfits players held meet-and-greets during the game, handed out autographed gear, and held giveaways. Look for the Alienware partnership to potentially make nights like that one a more regular occurence.