The collegiate Overwatch season has concluded and UC Berkeley once again stands on top of the college Overwatch world. The Golden Bears of Cal win their second consecutive national championship, defeating the previously-undefeated UC Irvine in a 3-0 sweep at the first Overwatch Fiesta Bowl.

The Grand Finals opened up on Oasis, where Cal was able to overwhelm UCI through all of their team fights behind strong play from senior Gandira "Syeikh" Prahandika's Junkrat. UCI was never able to get into a groove, with sophomore Chansoo "Lootre" Park's Pharah and senior Aaron "Lionpoke" Boyer's D.Va mostly falling flat. The second game in Numbani proved even easier for the Golden Bears, as they were able to stifle the Anteaters on defense behind team captain Daniel "Alined" Lee and his Torbjorn to take the map in just under 10 minutes.

The third map shifted to Temple of Anubis, where Cal's defense went into full lockdown. While UCI was able to capture the first two points, Cal's defense left them with precious little time on the second Attack run. Berkeley proceeded to charge forward behind a furious push from Alined's Tracer to clinch the tournament and the championship. 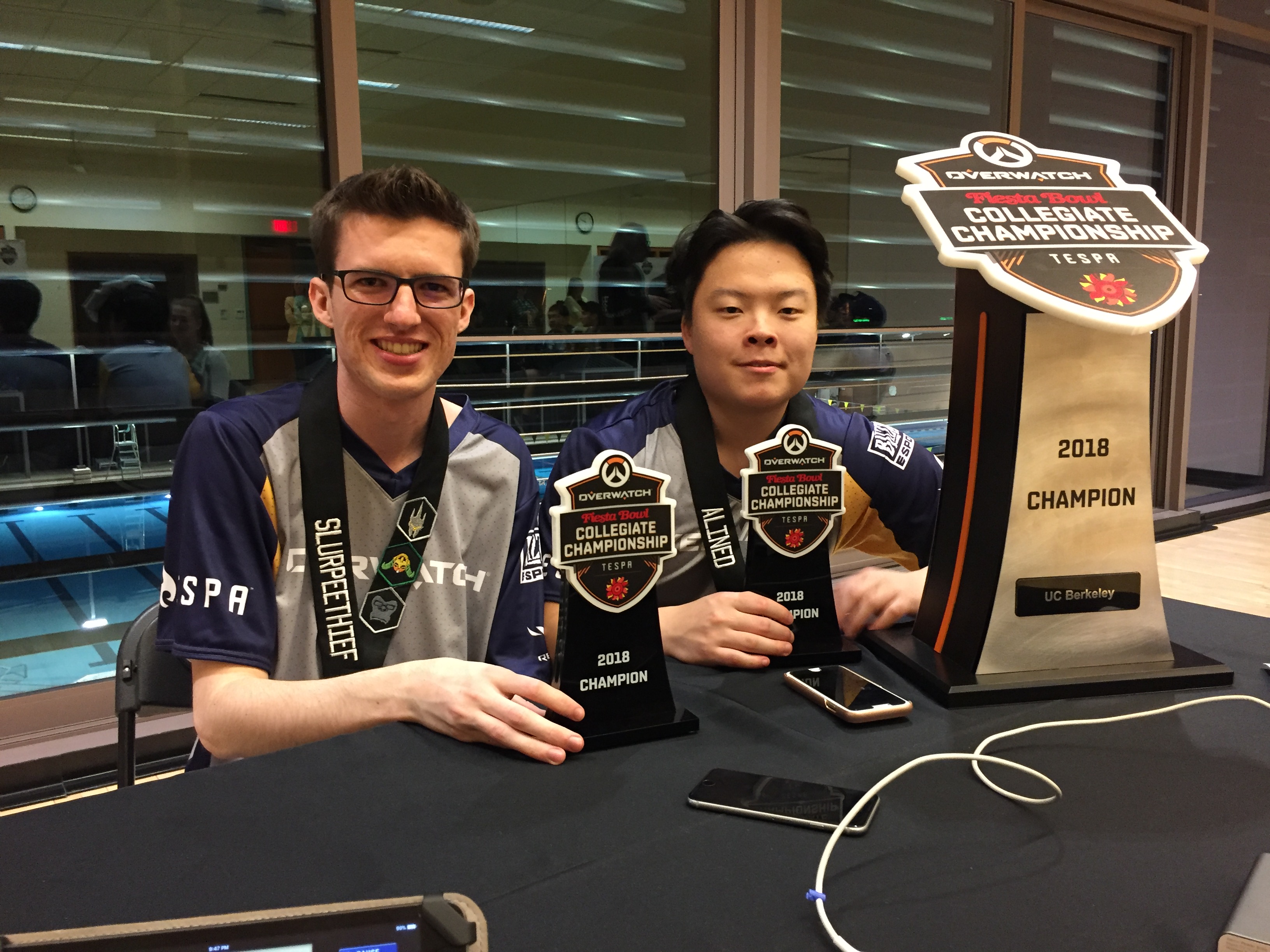 "We failed a couple of times, because the first time their Zenyatta juked us," SlurpeeThief told Shacknews after the game, in reference to the final push. "We saw him on the right, we dove him, and he zipped out of there because we waited too long to dive. And then the second and third ones, the Reaper was well-positioned, too much damage, lost it. The fourth one, [Alined] hit the three-man Pulse Bomb and it was over."

The first semifinal match of the day saw UC San Diego take on UC Irvine. UC Irvine went into the afternoon with a prior win against UCSD earlier in the season and continued to show dominance against that team with a crushing 3-0 sweep. There were few answers for Lootre's Pharah, who rained death from above throughout. He also had one mean Widowmaker, leading the way as UCI completely locked down UCSD to clinch the series victory.

The second semifinal saw UC Berkeley take on the University of Toronto in a rematch from last year's Tespa Championship Grand Finals. While Cal won last year's series 3-0, this battle was much closer, with both teams going toe-to-toe throughout. The fourth game was another game of inches, but Toronto made a critical error when junior Andrej "LilBigHobo" Gajic activated Winston's Primal Rage and accidentally stepped off of the payload just before time expired.

Cal then went on offense and proceeded to march down the map to advance to Grand Finals with a 3-1 series win.

With the victory, UC Berkeley takes home the lion's share of a $120,000 scholarship pool, provided by Tespa.

This also means that senior Kevin "SlurpeeThief" Royston, whose Reinhardt was one of the MVPs of the final map, will be going out on a high note. During Friday's media day session, the Orisa main indicated that he would be retiring from competition to focus on his Computer Science degree and potentially go into game design. As of now, he will retire as a two-time collegiate champion. However, Shacknews did make sure to pose the question of what happens if the Overwatch League were to come calling for an Orisa main like himself.

"I suppose I would at least give it a tryout, right?" SlurpeeThief said. "I already took a job offer and I don't want to go back on that. I feel like I would be at that job for a while and, a year from now, I probably wouldn't be as big into Overwatch."

Royston did, however, indicate an interest in coaching, so perhaps the Overwatch world has not seen the last of this two-time champion.

Stela, from Halo Infinite co-developers, set for Switch and PC in March