Additional details about Lion and Finka were revealed on Friday during the start of the Rainbow Six Pro League's Six Invitational event. On Saturday, Six Invitational viewers got a chance to take a look at the two new characters in action. Recently, Shacknews had the opportunity to try them both out, as well, and came away with a positive outlook on the next two tacticians to hit Siege. 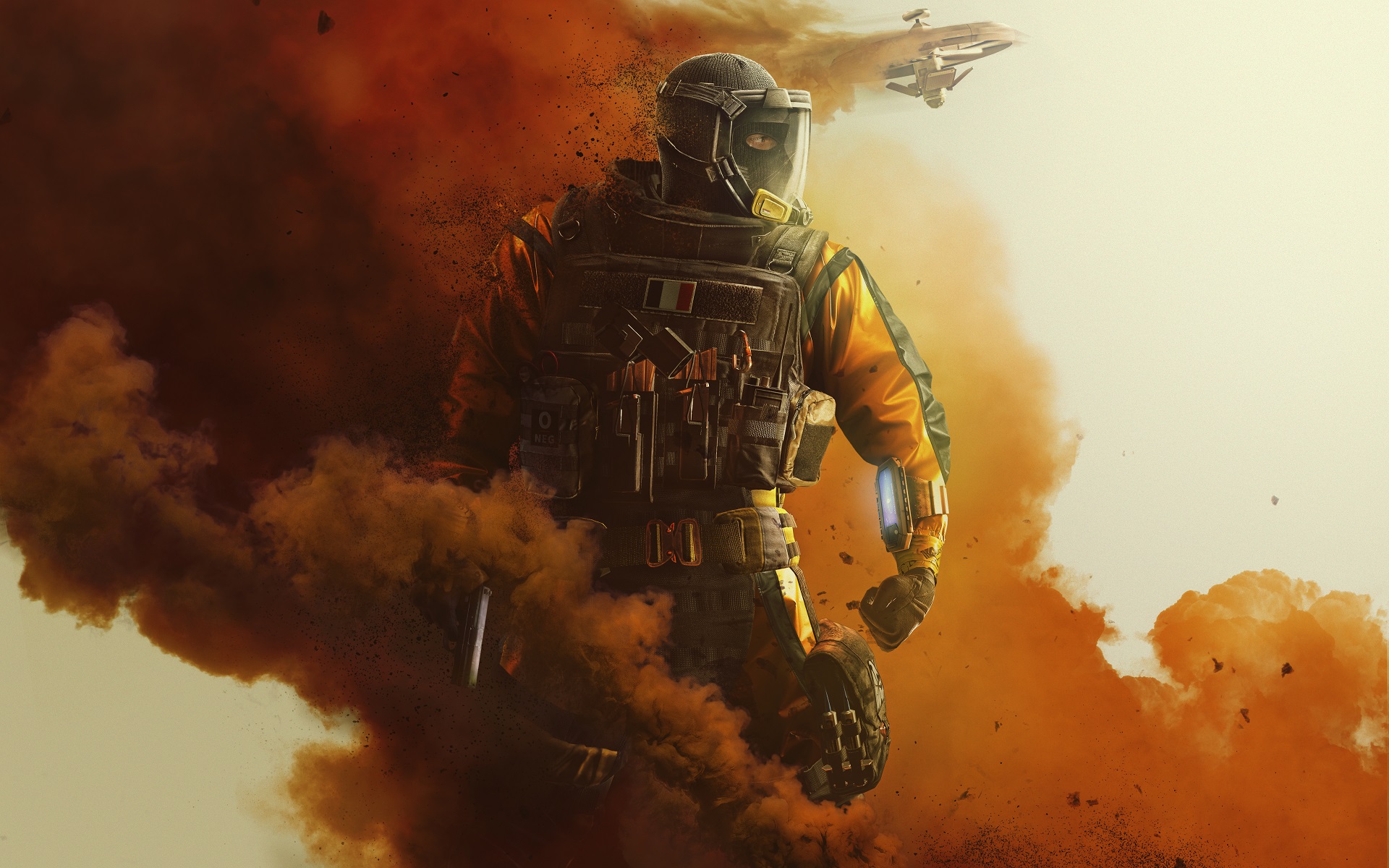 Lion is the codename of Olivier Flament, Rainbow Six Siege's new French operator. He was a troublemaker, who found himself kicked out of his parents' home after years as a rebellious youth and a series of bad decisions. Alone and homeless, Lion joined the French Army and became one of the 2nd Dragoon Regiment's most reliable heroes, ultimately becoming a biohazard expert for Team Rainbow.

Lion brings his EE-One-D drone into battle. This is an invaluable tool, in which he uses an airborne drone to survey the entirety of the map. If an enemy is moving, the drone will detect them. This gives the offense a chance to line up their strategy accordingly, avoid walking into any potential ambushes, or get a better idea of where the objective is located.

Lion is exceptionally easy to use, getting three cracks at his drone. He can be a very useful member of the team, but it should be noted that the EE-One-D goes off after a three-second countdown. The downside is, the defense can also see this countdown on their end. After hours of playing with the character earlier in the weekend, the defense started getting wise to the drone and simply stopped moving. If the defense doesn't move a muscle, the drone deployment is essentially useless.

Of course, savvy offenses can use that to their advantage, too. If there's a sense that the defense has caught on to the drone, a good offense can use it to keep opposing teams still for that three-second window. They can use the time provided by that window to move in. 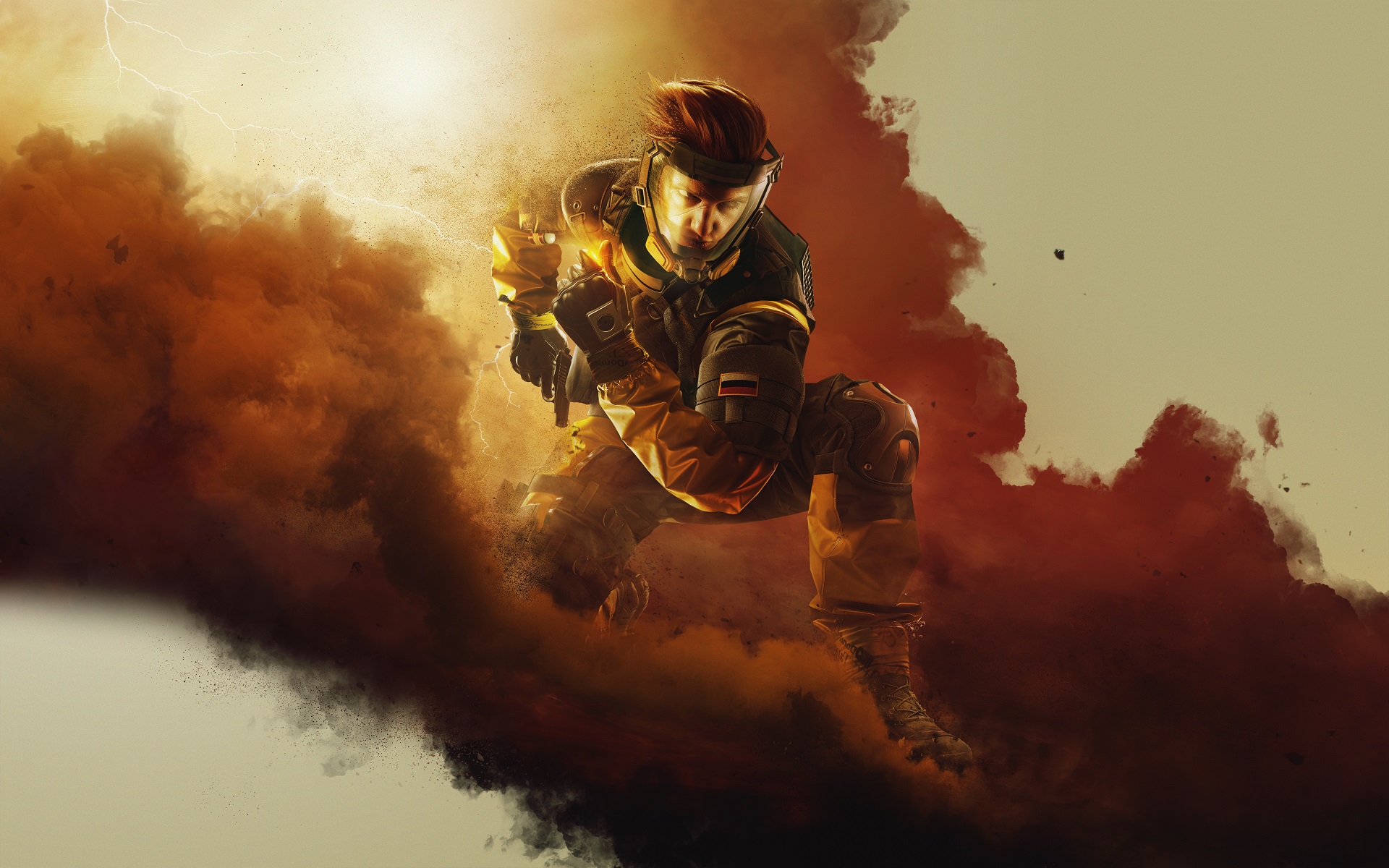 Finka is the codename of Dr. Lera Melnikova, who comes to Team Rainbow from Russia. She was born three years after Chernobyl and was diagnosed with a terminal neuropathy at age nine, which would eat away at her muscles and loss of sensation in limbs and extremities. Rather than allow herself to become a victim to this crippling death sentence, Melnikova studied Microbiology and Immunology. Her research would ultimately create a treatment for her illness, allowing her to return to full strength for the time being. She joined Team Rainbow, though her disease threatens to return at any time in a more resistant form.

Finka's expertise in her field led to her bringing the Adrenaline Surge into battle. This activates nanobots injected into each member of the team on offense. When active, all team members are overhealed, firearm recoil is reduced, and injured teammates are revived on the spot. This is an incredibly powerful ability, made even better by the fact that it can be used anywhere on the map.

That means Finka is going to be a critical member of any offensive team makeup. Her middle-of-the-road stats further make her an enticing choice for any team. If I noticed anything during my time with the character, it's that Finka is the perfect choice for support players. The importance with her is hanging back and popping the Adrenaline Surge just as teammates charge in. Finka players will receive a modest assist bonus for any Adrenaline Surge-powered teammates that score kills and those players can also feel pride in knowing that they played a key role in the team's success.

But Adrenaline Surge doesn't work on everything. Teammates caught in traps, like the Frost bear trap, will still need to be revived manually. And of course, there's no fixing clumsy. If a teammate is revived and instantly gets popped again, well, that's all there is to that.

Important thing to note about Finka's Adrenaline Surge: Be careful about where you're rezzing your teammates. Don't revive them somewhere where they'll just get popped again two seconds later. #RainbowSixSiege pic.twitter.com/Y104CIPciY

Adrenaline Surge also makes teammtes breathe faster and more heavily, which means teammates may be spotted by the opposition. There are also a few Operators, like Echo, who can cancel out Adrenaline Surge with their own abilities.

But those are few precious few downsides for what's sure to become a regular member of any Rainbow Six Siege roster.

These are the two newest members of the Rainbow Six Siege roster, who will debut with Operation Chimera. Players on test servers can pick them up this Monday, February 19. Everyone else across all platforms will be able to play with them on March 6.