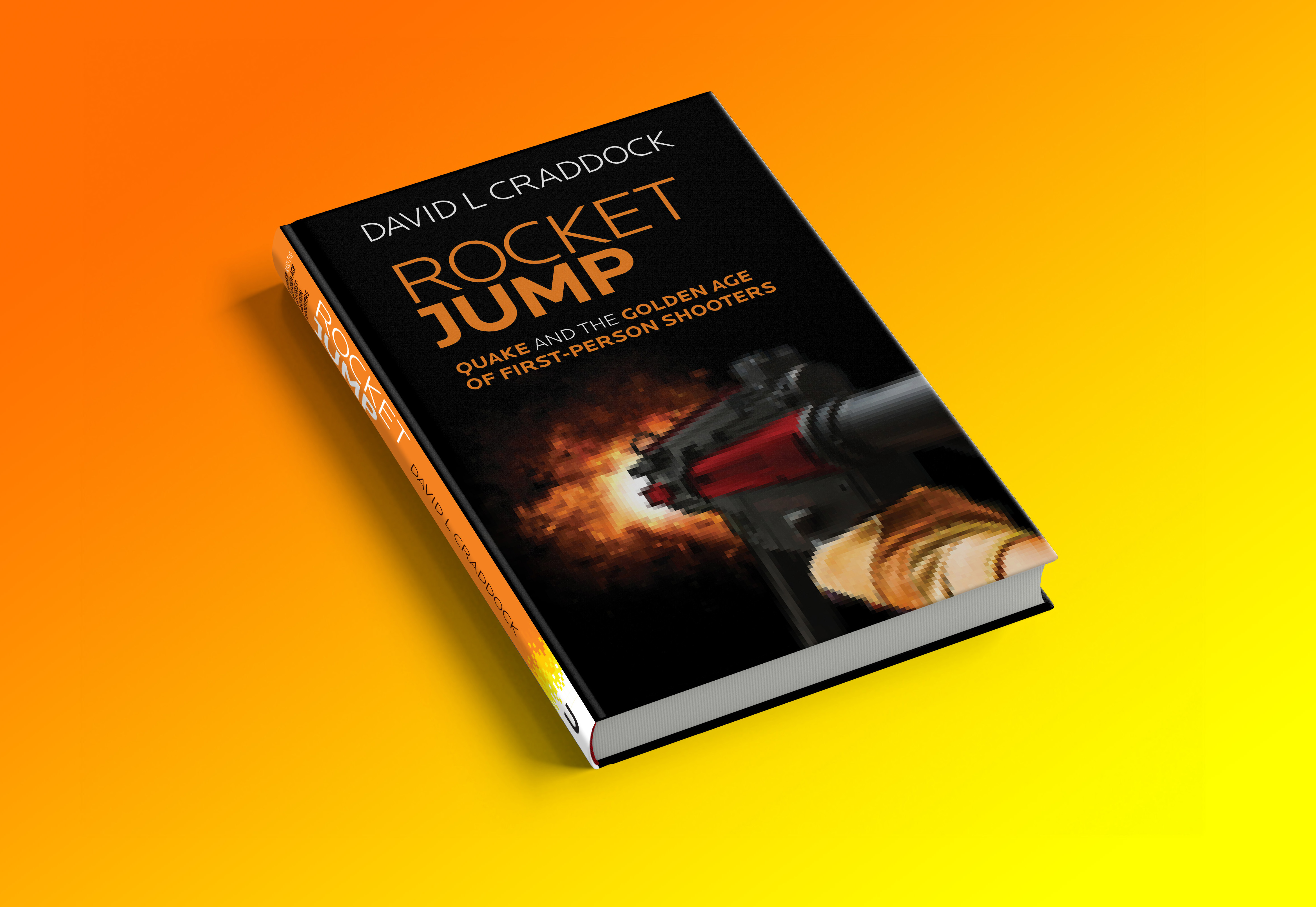 Published on Shacknews last December, Rocket Jump: Quake and the Golden Age of First-Person Shooters book-sized mega feature is being crowdfunded on Unbound. If funded, Rocket Jump will be made available in hardcover and digital formats compatible with e-readers, smartphones, and tablets.

Unbound is a crowdfunding platform and publisher based in London, built exclusively for books. Like other crowdfunding platformers, Unbound lets users pledge financial support in exchange for rewards such as autographed copies of books. Representatives from the publisher approached me about publication last year after Rocket Jump gained traction on social media following retweets from current and former id Software developers including co-founders John Carmack and John Romero.

"I couldn't be more excited to publish Rocket Jump," said Beth Lewis, commissioning editor at Unbound. "This book is a fascinating look at the origins of an entire gaming genre, directly from the people who created it. I've been a gamer most of my life and I've never read such an in-depth, impeccably researched and well-written exploration of such a key area of the videogame industry."

Rocket Jump explores the making of id Software's Quake series and other foundational shooters made during the genre's golden age. The first two chapters of Rocket Jump are free to read for all Shacknews visitors, while the full book is available online as an exclusive to Shackers who subscribe to Mercury, Shacknews' subscription service that offers access to longreads, add-free browsing, and more.

"Not many websites are willing to spend the time and effort to create long-form content like Rocket Jump and I want to thank all of the folks who participated in the creation of the mega feature," wrote Shacknews CEO, owner, and editor-in-chief Asif Khan in an open letter following Rocket Jump's publication. "I also want to thank our Shacknews Chatty community for supporting us during the past few years, and I look forward to showing everyone our vision of the future of the Shack."