Path of Exile: Bestiary Preview: The Thrill of the Hunt

The continent of Wraeclast is in chaos following the events of the most recent Path of Exile expansion, War for the Atlas. What's next for players now that the Elder has corrupted a good chunk of the world?

It's time to hunt down beasts and lots of them!

Path of Exile's next major update is called "Bestiary," with a new Bestiary Challenge League set to introduce over 250 beasts to the world. Players are introduced to new character named Reinhardt, who tasks them with hunting down these dangerous creatures. Like certain other monster-capturing games, the idea is to find these beasts, wear them down, and ultimately capture them by summoning Reinhardt to transport it to a new Menagerie area. As players capture new creatures, they'll keep track of their progress through their Bestiary catalog, marking down any common and any of the game's 40 legendary beasts that they manage to capture. They won't be hard to find, either. Beasts will show up at about one out of every four or five areas the player explores over the course of the game.

While beasts are sent to a player's Menagerie, the idea isn't entirely about creating a collection. Sure, that's a cool aspect of the expansion, with different areas of the Menagerie offering different habitats to house different kinds of beasts. But collecting for the sake of collecting isn't entirely the point. 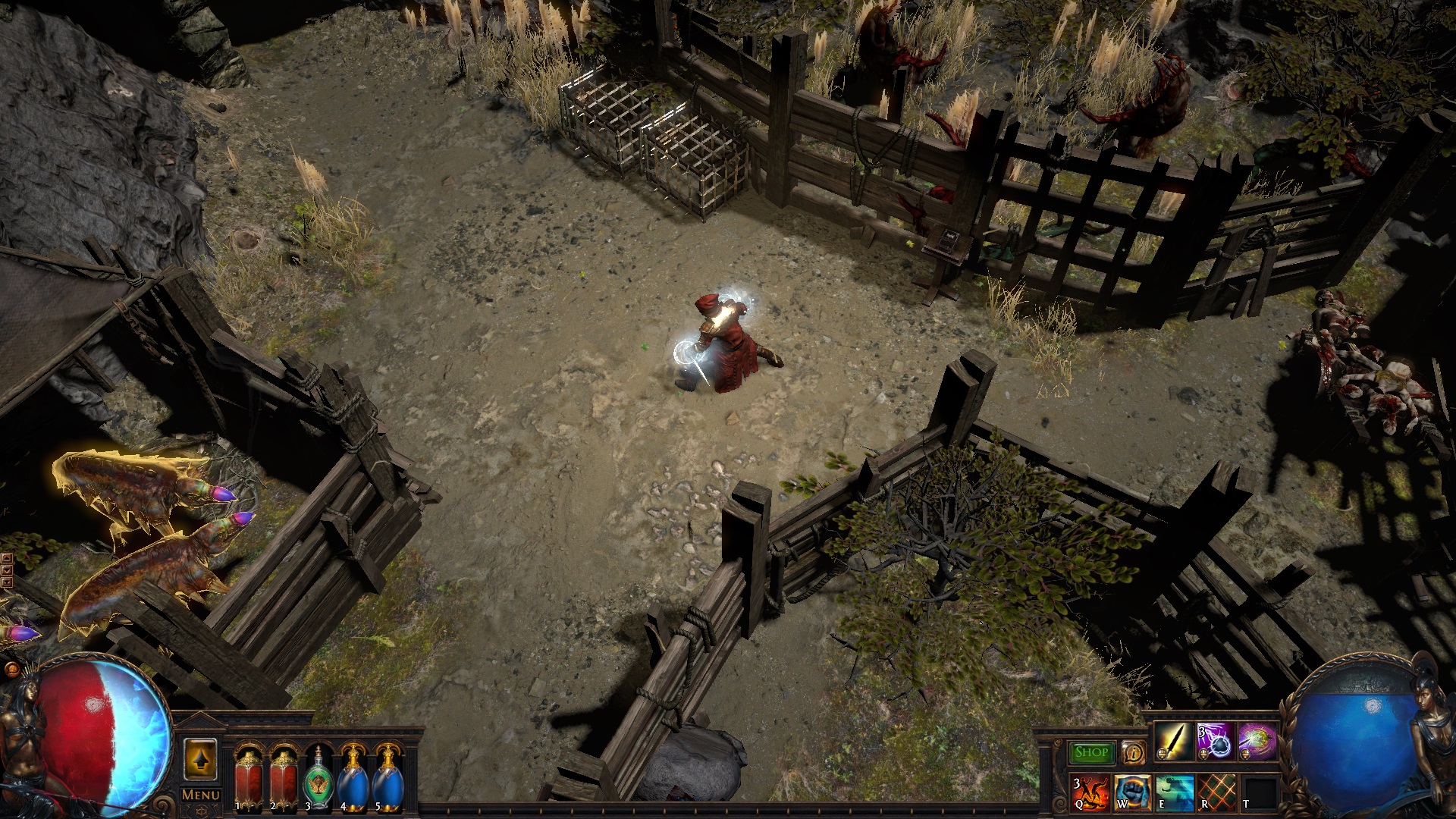 Beasts are the key to crafting new items and augmenting existing ones in unique ways. Different captures will open up new recipes, but even after capturing the beasts, certain recipes still need to be earned. If players need the blood of one of their creatures, they'll have to fight it within in the Menagerie through Sacrifice by Combat. Surviving these battles opens the door to not only special items, but also potential new legendary beast fights.

Certain recipes from specific monsters will allow players to open a portal to a spirit beast fight. Spirit beasts are end-game level bosses that offer up beefier rewards when defeated. One example has a player facing off against a spirit tiger, who lunges forward with his killer claws while also calling in a horde of zoo animals to back him up later in the fight. If those animals are defeated, the tiger will return and swipe with his front paw to signal in a stampede of ghostly wildebeests. Beating this spirit beast will definitely be worthwhile, with drops including entire Bestiary armor sets with numerous bonuses. 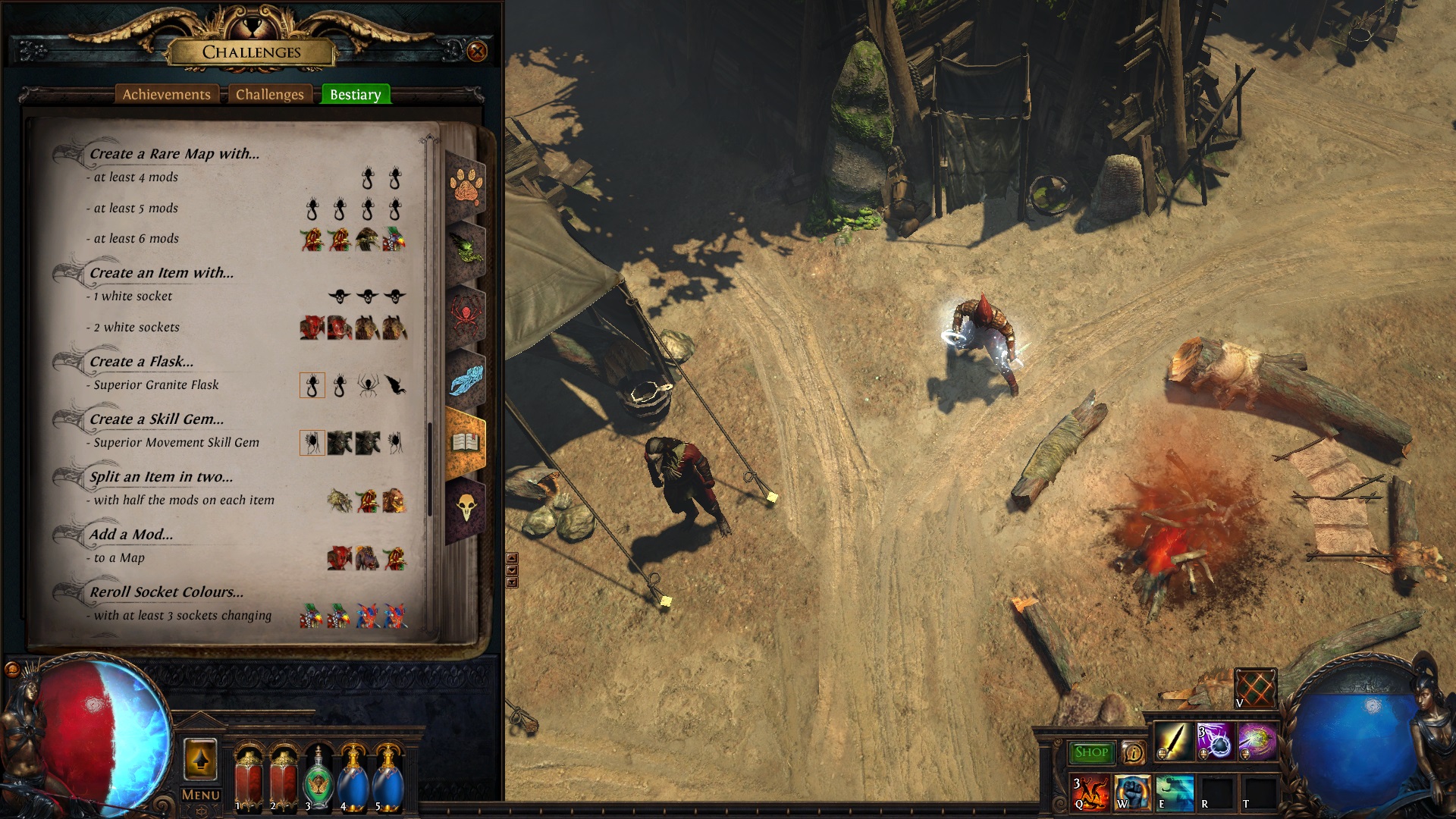 Players will need all the high-level items and equipment they can find, because another major battle is being added to the end-game scenario. Remember those two godlike beings, the Elder and the Shaper, who were battling for dominance? Well, the battle for the Atlas is about to come to a head and both of these all-powerful beings have turned their sights to you, the player. A battle with both the Elder and the Shaper awaits in the center of the Atlas of Worlds. If you think you can handle it, go for it. Just don't expect to get very far, because this is being billed as the hardest fight in the game's history. Grinding Gear's Chris Wilson told Shacknews that only the absolute best of the best would be able to walk into this battle with the Elder and the Shaper and survive. In fact, many of Grinding Gear's own developers haven't been able to defeat these two omnipotent forces, with Wilson saying that only the best players from the QA department were able to ultimately topple them. Those who are absolutely dying to see this fight to the end are being encouraged to pick up tips from some of Path of Exile's best players on Twitch and watch them attempt this near-impossible feat once the expansion goes live.

Other mysteries of the War for the Atlas expansion will also be paid off. In particular, players will finally learn what's behind the Elder's mysterious chained door. The answer is a special item called the Elder's Orb, which can instantly level up any part of the map to Level 16 for harder foes and greater drops. 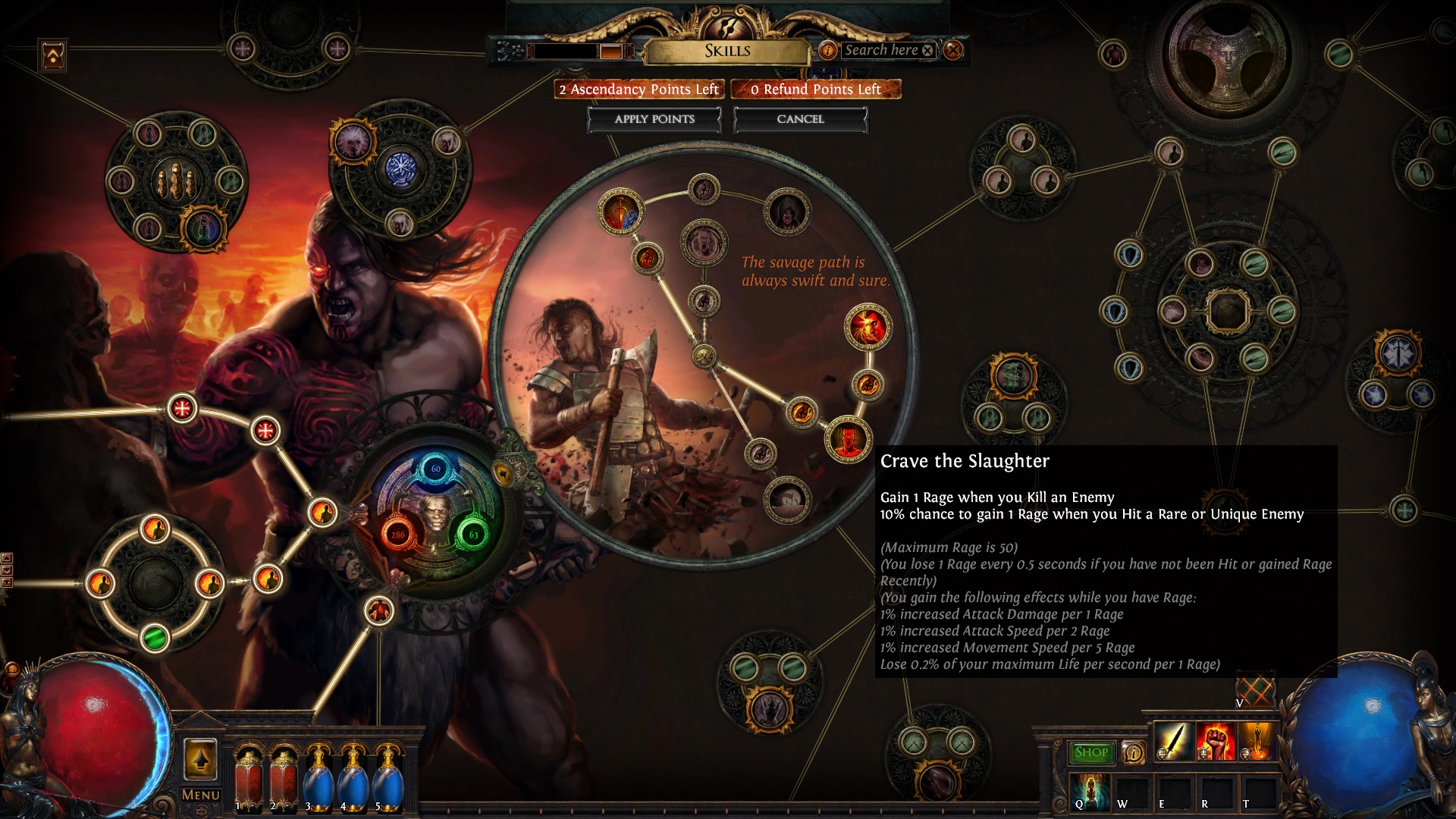 Look for Bestiary to also toss in new Unique Items, as well as Prophecies. Prophecies task players with defeating certain bosses with certain Unique Items. After completing those requirements, the Unique Items are upgraded into Fated Items, which are boosted with additional attributes and greater stats. And of course, items can be upgraded with Gems, including a new Gem that introduces a cool Spectral Shield Throw ability and a support Gem that summons phantasms to absorb the attributes of enemies killed.

Grinding Gear is also looking to revamp the Ascendancy classes, which were first introduced two years ago. The goal is to bring class identity back to the various classes and offer incentive to play with all of them. Each class will also have some new abilities to play with. For example, the Berserker will have a Rage attribute that increases after each kill. Rage will increase the player's attack power the longer it stays active, but Rage will also siphon off the Berserker's life, so there's a risk in overdoing the Rage meter.

There's a lot to discover in Path of Exile: Bestiary, with Grinding Gear offering a reminder that Challenge Leagues offer something of a clean slate for newer players looking to jump on for the first time. The Menagerie will open its gates on March 2 on PC, with an Xbox One release expected just a few days afterwards.