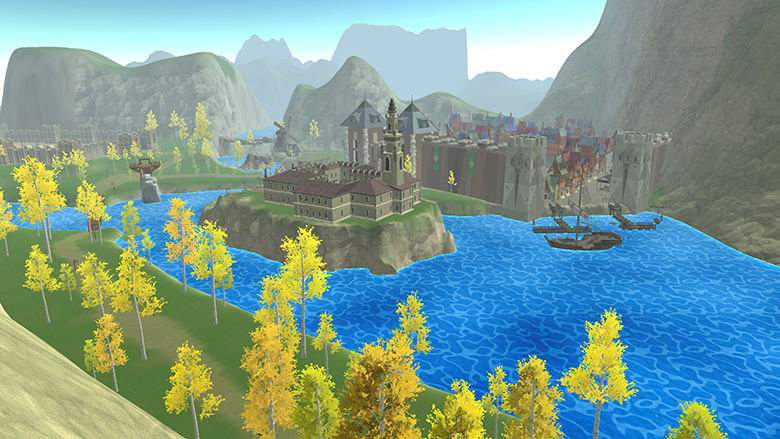 As far a tech goes, the VR movement is still very much in its early stages of growth. Developers are still exploring the ways in which they can engage their audience in various experiences. OrbusVR is a new MMORPG looking to push those boundaries and redefine the genre for a VR future. Last week the game launched into early access on Oculus and it's already making a big splash thanks in no small part to its interactive approach to combat and a very active social hub.

OrbusVR director, Riley Dutton sat down to chat with Oculus' website to explain the unique ways VR allows players to engage the world:

"I think the most interesting thing is that, with VR, we’re able to actually create real skills in the game that you can only get better at via practice. For example, in a traditional RPG or MMO, becoming a more powerful mage is just a matter of unlocking some additional buttons to press on your keyboard, paired with perhaps some better decision making about what skills to use when."

"In VR, we can create an actual skill revolving around drawing runes to cast spells that dozens of hours to get good enough at to be considered “okay,” and hundreds of hours to master. It’s like learning to play the guitar or play golf in real life—it’s a real skill! And once you’ve mastered it, other people will look at you and be blown away by what you can do. You have this real sense of accomplishment because you actually had to put in to master it, not just grind out 100 hours of killing low-level mobs until you unlock the “Fireball 3” button."

If you have an Oculus Rift you can get in on the OrbusVR early access phase right now.