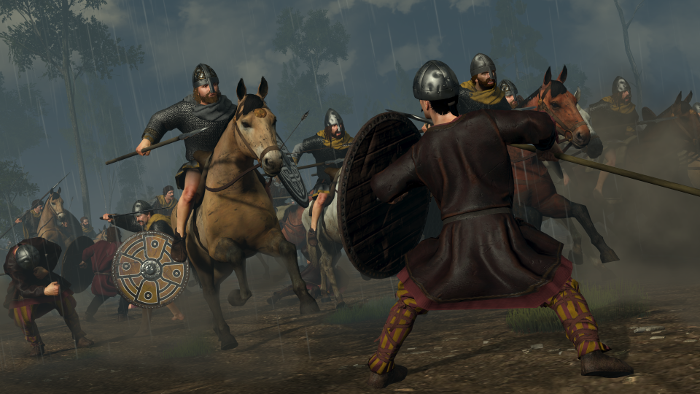 Total War Saga: Thrones Of Britannia Hands-On: Going Back To The Dark Ages

Throughout the years Creative Assembly's Total War series has worn many masks. What initially started as a historically based strategy and battlefield sim has been around the world and beyond at this point. It has delivered nuanced gameplay for fans and delivered experiences from enacting diplomacy in ancient Roman empires to figuring out how to conquer an army of Warhammer Orcs. Now the series is getting back to its more history-based roots with the upcoming Total War Saga: Thrones of Britannia

Thrones of Britannia is the first title in the new Saga series, which hopes to hone in on more specific turning points in history rather than the more broad eras that previous titles have involved. This first Saga title will focus in on Britain’s Dark Ages and starts right after the battle of Edington, where the Vikings attempt to conquer the country and surrounding regions finally failed. Players will take on the role of one of 10 factions that spring from 5 distinct cultures as they attempt to found and rule modern Britain. 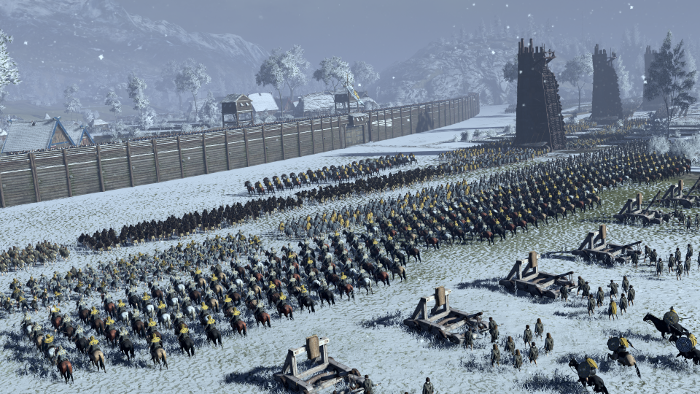 As in past Total War games, the path to victory can take many forms and success can mean more than just simply crushing your enemies. While an all-encompassing conquest victory is a possibility, there are, of course, diplomatic means that can be used to attain goals as well as victories for fame, and even an extremely long-term ultimate victory.

There will be plenty of faction goals as well that players can overcome on their way to winning the game. Each faction goal is based historical events that they had to overcome in reality.

While many of the Total War series’ functions and features are similar to past titles, there are a number of tweaks that have been made and a few new surprises. Recruiting new military units will no longer require fabricating certain buildings, instead, units will be purchased and will require food and money for upkeep. Units will now start at 25% strength and need to be mustered to reach 100%, the logic being that paid militias would not start off completely loyal to anyone. New units will become available for purchase as players grow their skill tree. 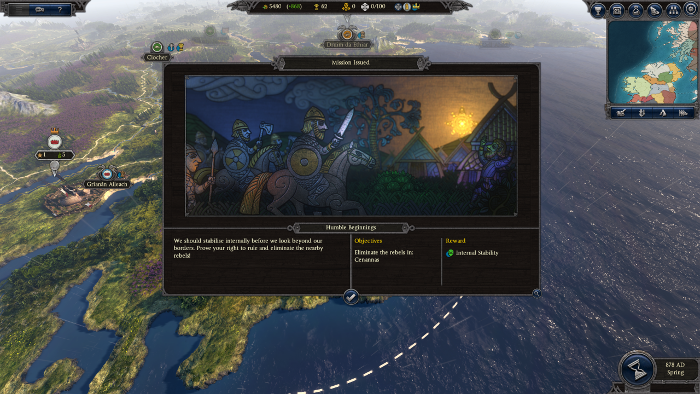 Main capitals are now the only settlements that will have a wall and be allowed to have multiple buildings. All other villages will now focus on creating one resource, so one town may focus on mining or running a port, while another may have a religious structure to help maintain stability. Each settlement is visually unique now as well with its own personalized features.

A lot has been done to make individual characters matter more. Once a character dies, they’re done and won’t show back up later in the game now. The family tree feature is making a comeback and ensuring a king’s legacy will factor into maintaining control over a faction. As a player grows, their main character will gain traits that are positive or negative depending on how successful they’re being a leader or commander. So a general who loses too many battles may not have the most loyal soldiers and one who rushes into battle may get some buffs for morale if fortune favors their boldness.

Kings will gain followers that players can put in charge of their various armies or settlements. Followers also provide new boosts or buff stats for a player’s king. General reliability of followers will be based on their AI traits. If issues in loyalty arise there are options to improve standing with followers like arranged weddings, or take a darker route and have them assassinated. 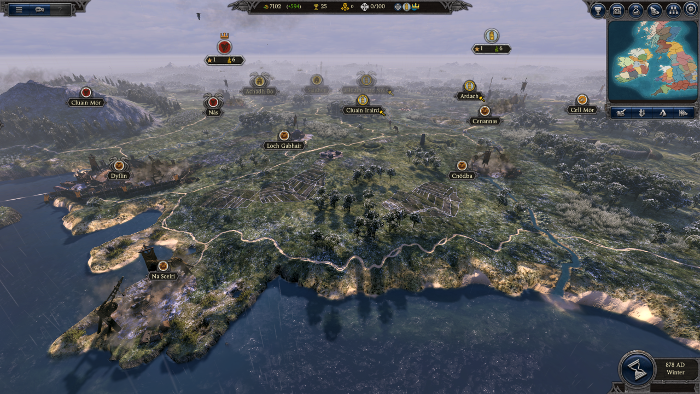 Visually, Total War Saga: Thrones of Britannia is looking like the most stunning map yet. Everything from Ireland’s lush greens and infamously rainy weather to the highest peaks of British Isles highly detailed in Total War’s largest map to date.

Cutscenes, reports, and just about all the imagery, including portraits of in-game characters have been done in the artistic style of the time. So cinematically everything has that flat ancient tapestry look of the Dark Ages.

Total War Saga: Thrones of Britannia feels like it’s taking the series back to its roots while also ushering in a new era for the series with its concept of focusing in on more specific eras in history. It’s hard to say how fans will react to some of the new features, but lately, the series has seemed to hit a new stride. Players will be able to decide what they think for themselves when Total War Saga: Thrones of Britannia launches on April 19th for PC.