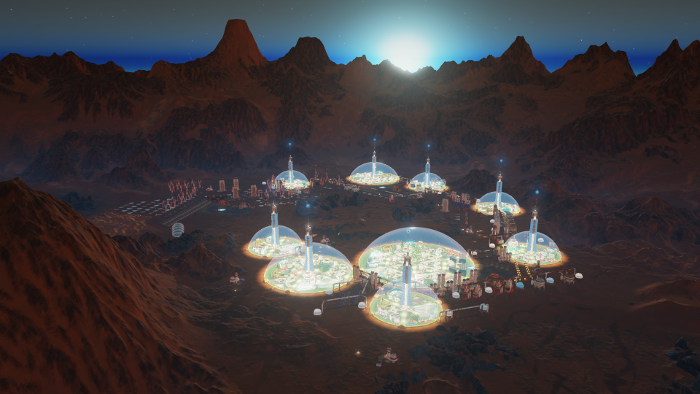 “Is there life on Mars?” It’s a question that’s been asked by scholars and pop-culture icons alike. We know that the red planet at least appears to have water somewhere. But, when it comes to any real proof of life the scientific community has collectively shrugged up its shoulders while stating a collective, “Maybe?” Still, the fact that we don’t know if our neighboring planet could sustain life hasn’t stopped the conversation of how mankind may one day hypothetically prosper amongst the stars. Such theories are the basis for the core concept behind Surviving Mars.

I had a chance to play the upcoming space colonizing sim for an extended period of time and I found it surprisingly tranquil for a title about trying to sustain life on what appears to be a dead planet. Surviving Mars could be thought of as a hard Sci-Fi take on the SimCity series with a few twists thrown in. Unlike SimCity though, you can’t just lay down roads and buildings and expect people to show up ready to grow your small town into a metropolis. Getting to a point where you can even sustain a number of humans is a process. 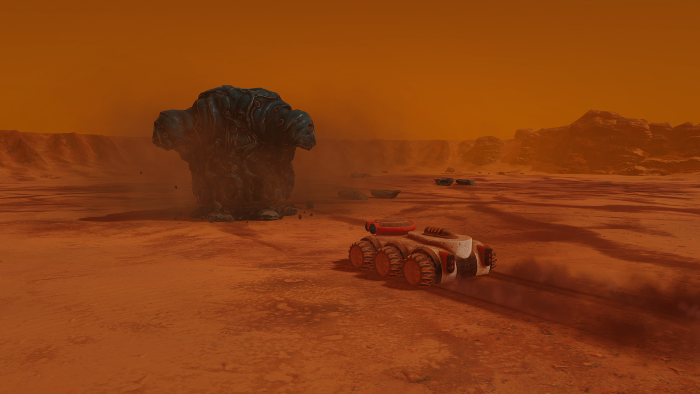 Before even getting to Mars players will have to choose a faction to represent. Each faction has their own perks. I went with the one that gave me the biggest budget, but there are several ways to approach colonization strategy. So others may choose teams more focused on certain attributes like agriculture or scientific research.

Once a faction is chosen, players then have to load a spaceship up with drones, a few unmanned rovers, and enough supplies for the bots to build functioning facilities. After landing on Mars the initial objectives are to find a source of water, mine ores, and get a working biodome up and running for the first colonists. The various buildings require power sources, so players will have to build solar panels and wind turbines then connect them via powerlines along with pipelines that can carry water and oxygen to the biodomes.

At first, there’s only a small number of drones controlled by a command rover with a limited range, but pre-fabricated radar towers can expand the control radius. Once the drones have built a small, but sustainable, resource operation it’s time to build up the biodome and invite the first colonists to Mars. Players will be able to filter out character traits and flaws that they wish the first colonists to have in order to assure that at least the initial humans are more scientifically inclined and can help build a better colony. 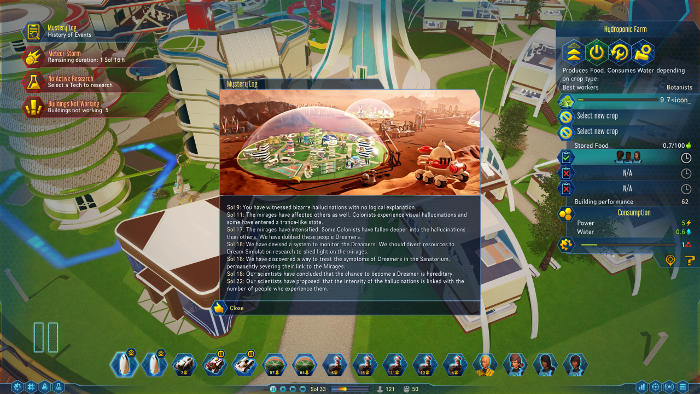 Players will need to provide the for humans to prosper at first like a place to live and farms to make food. As the population expands more quality of life buildings will need to be built in order to keep a growing number of content, like bars, gyms, and grocery stores. As this is all happening, players will also be doing research in various fields that will do things like new buildings, lower the costs of creating new structures or create more efficient drones and rovers.

There doesn’t appear to be an end game per se or any real way to lose beyond everything breaking down and running out of funding. There are milestones for players to strive towards, like getting to the point where a human is born on Mars or reaching certain population goals. But not everything is going to be smooth sailing along the way. Natural disasters such as meteor showers that can crack open biodomes and leak out oxygen will occur.

While most of Surviving Mars’ concepts are built around near-future or real-world tech, there are some sci-fi aspects in the form of mysteries that can randomly happen during a session. During my hands-on time, strange black cubes began appearing just outside of my colonies and caused quite the stir among my colonists. Even after several years of research, no one was quite sure what they were and some colonists started to look upon them in a religious manner. I started experimenting with the cubes by building statues with them in a few new biodomes to see if and how they would affect colonists. Unfortunately, I did not get to see how things played out fully as mysteries like this will take several more hours to finish than I had game time allotted. 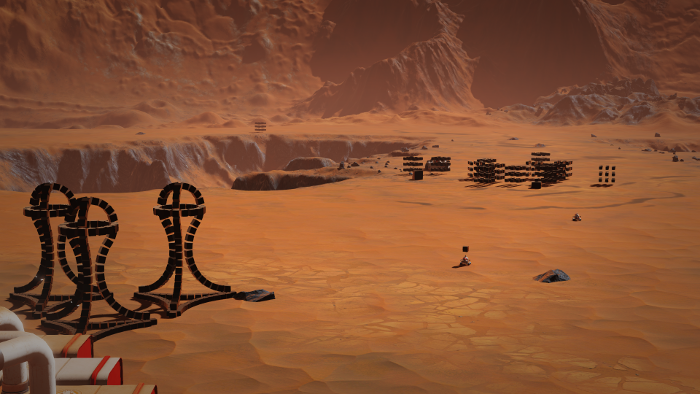 Unlike other sim titles I’ve played I never really felt the pressure of micromanagement that has always kept me away from such games. Figuring out how I wanted to approach everything with no set rules for right or wrong and no clock ticking away really took a lot of the anxiety off. It may have been a bit of a slow go for me compared to some of the other folks at the event, but I felt good about figuring out how to get at least that first ship of colonists to Mars without any major hiccups.

I can’t say if others will enjoy such an accomplishment, but folks can decide for themselves if they want to take to the stars when Surviving Mars launches on March 15th for PC, Xbox One, and PS4. Fans will be able to pre-order Surviving Mars starting on February 13th.