Card game fans have had plenty of reasons to get excited about Bethesda and Dire Wolf Digital's CCG The Elder Scrolls: Legends. Not only has the game seen loads of new story content and updates since its release back in March of last year, it's also seen hundreds of new cards, the likes of which create countless new play strategies. The last new batch of cards that players received arrived in the form of the game's recent Return to Clockwork City expansion, but there's a new set of cards set to arrive next month won't require players to fight their way through a new campaign.

The new card set is being called the Forgotten Hero Collection, and according to a post by Dire Wolf Digital over on Bethesda's website, it's meant to celebrate the end of the Forgotten Hero storyline. For those who can't quite remember why that sounds familiar, the Forgotten Hero storyline is the game's main campaign, the one that unlocks all of the starting cards from the core collection. As for the new cards, they look to cover the usual gamut of Elder Scrolls lore, with characters and creatures from other Elder Scrolls games making appearances as new Legends creatures. 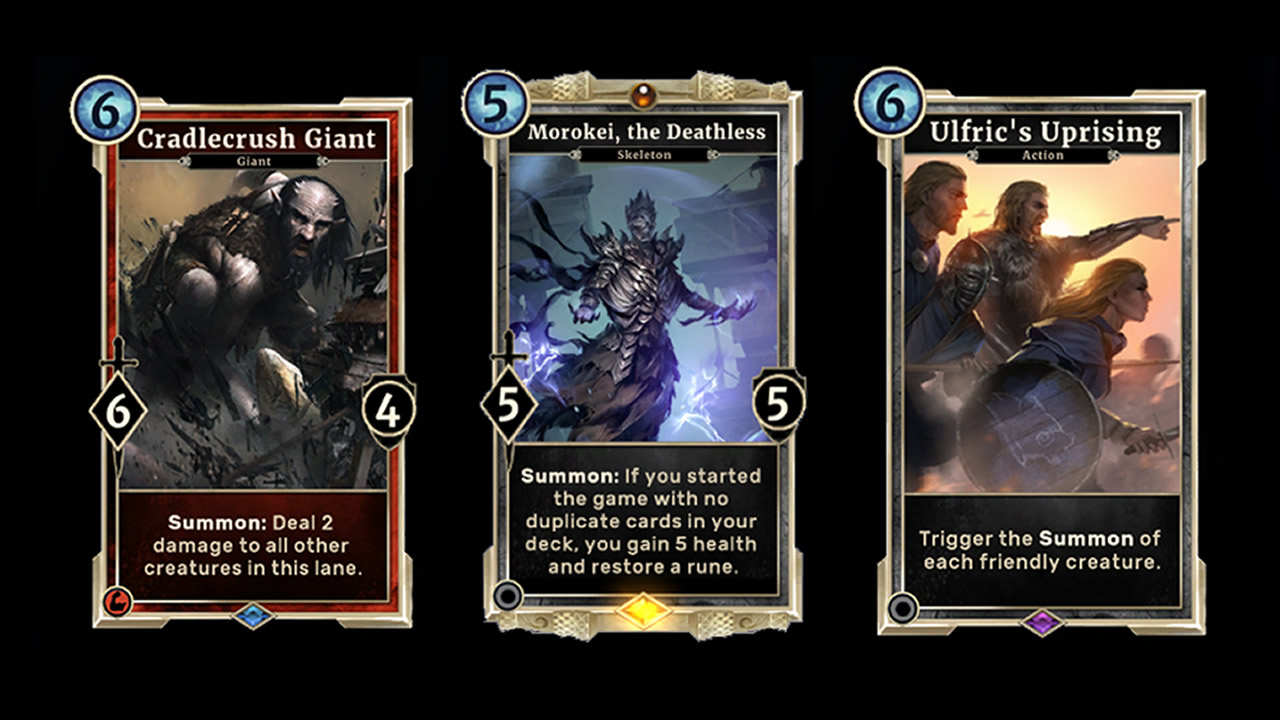 Dire Wolf Digital has only revealed three of the cards in the pack so far, but each looks to have its specific uses: the 6-cost Cradecrush Giant could be used to clear lanes of weaker creatures, and the neutral action Ulfric's Uprising will surely see play in Last Gasp-focused decks. The one revealed legendary is the unique Morokei, who provides a health and rune buff to players running a deck without duplicate cards — not a common strategy, but something that could perhaps become more common.

The Forgotten Hero Collection will include 12 cards overall, with three unique legendaries, three epics, and six rare cards. As with the past card packs and expansions, players can buy the new collection either with in-game gold or real-world cash, in this case being either $10 or 1,500 gold. Regardless of how they choose to pay, Elder Scrolls: Legends players will see the Forgotten Hero Collection become available on Thursday, February 1.