For better or worse, crowdfunding has become a popular way for video game developers to reach out to their fans. It's true that projects sometimes crash and burn, but other times players are treated to great games like Shovel Knight or Undertale. The chances of finding a big hit are apparently too substantial to ignore, which is likely why Atari and Nvizzio Creations, the Canadian developer behind RollerCoaster Tycoon World and RollerCoaster Tycoon Touch, are putting together a crowdfunding campaign in the hopes of crafting an all-new RollerCoaster Tycoon title for the Nintendo Switch.

The campaign has kicked off over on the StartEngine crowdfunding platform, and Atari is hoping to find investments in excess of $10,000 and upward to just over $1 million. If the team can secure the funding, Nvizzio Creations plans to use the money to create a RollerCoaster Tycoon game that is specifically-tailored to the Nintendo Switch hardware, which can be considered a fairly smart decision considering the device's immense financial success and rapid adoption so far. In fact, the StartEngine page for the project directly refers to this potential for combined success, with a headline saying "RollerCoaster Tycoon and Nintendo Switch: The Perfect Fit." 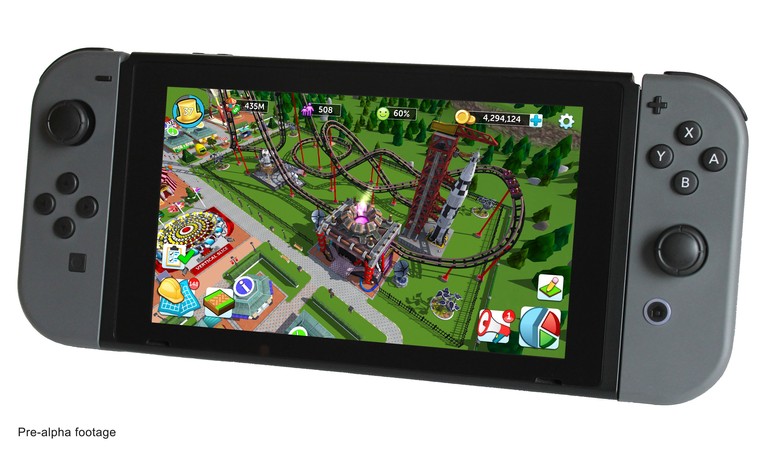 Judging from the campaign page, it seems likely that the Switch version of RollerCoaster Tycoon would be heavily inspired by the gameplay featured in Nvizzio Creation's free-to-play mobile title. The Switch could likely easily accomodate the aforementioned game's touch-based controls, and the team has mentioned plans to give the game multiple gameplay scenarios as well as an expansive career mode for players who want to build their entertainment empires.

Anyone who might be interested in funding a new RollerCoaster Tycoon project should certainly check out the StartEngine page, wherein the team goes to considerable length to explain the pitch. The website also explains all of the relevant perks that investors will receive, including a listing on the Atari Game Partners website for any investment amount above $250, a 25% discount off the final product for those who invest at least $750, and the aforementioned perks alongside a free copy of The Art of Atari for those who invest at least $1,500.