Hoenn region Pokemon from the third generation of games have started to pop up in Pokemon GO in recent weeks. This has included Pokemon like Torchic, Spheal, Whiscash, and many others. But it's not all of them and on Tuesday, Niantic Labs announced that it has rolled out a couple of more.

Players who log into Pokemon GO will find 23 more pocket monsters from the Ruby/Sapphire generation. This includes Flygon, Aggron, Camerupt, Solrock, Lunatone, and more. This is on top of the Gen 3 Pokemon already roaming the lands, as well as Legendary Water-type Kyogre currently inhabiting Gym Raids.

Details on the announcement can be found on the Pokemon GO website. 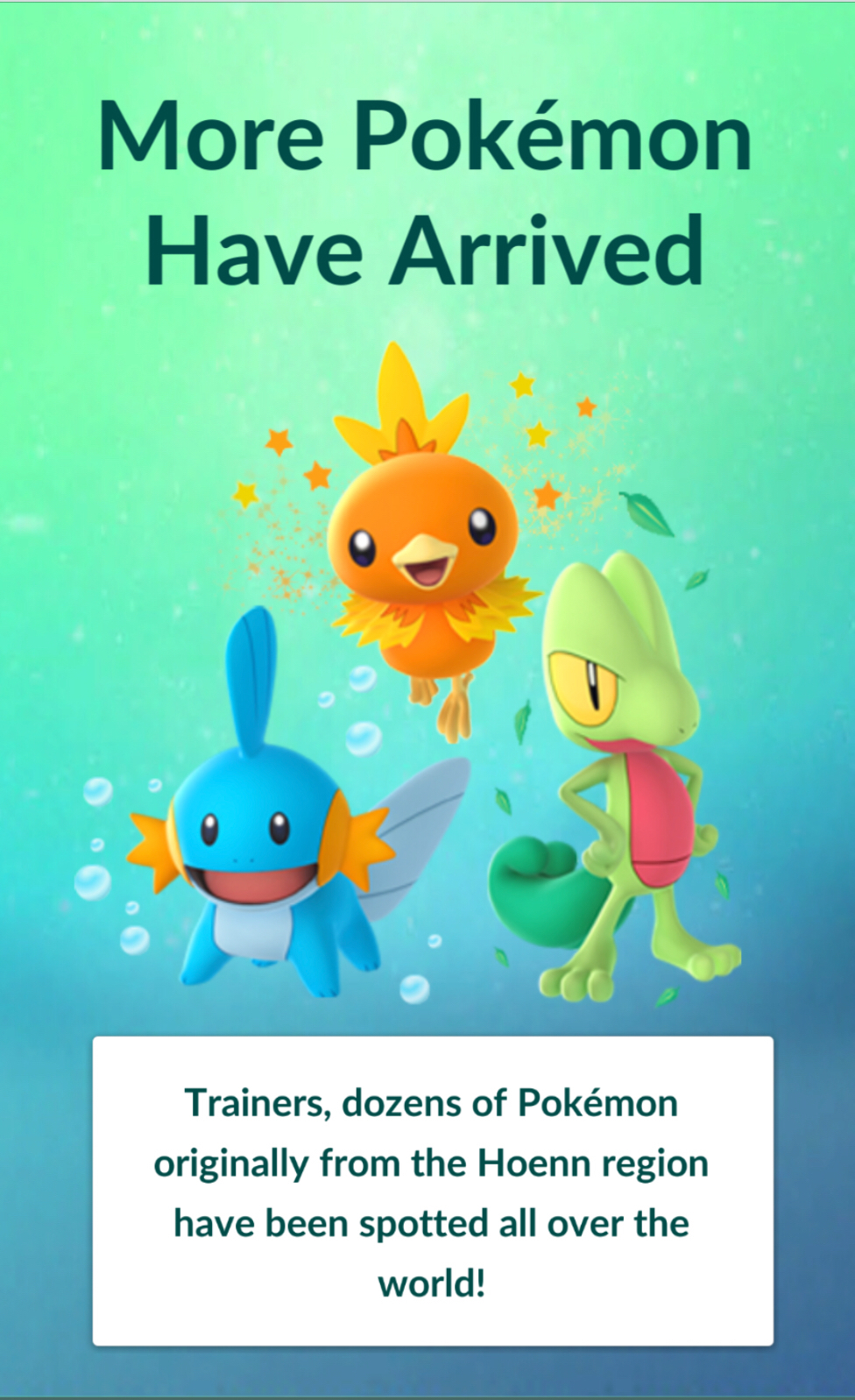