The Apocalypse is Near In Latest Battlefield 1 Expansion

With all the controversy surrounding Dice’s latest title, Battlefront II, it has been easy to forget that the swedish developer is still producing loads of content for its previous title, Battlefield 1. Originally released in 2016, Battlefield 1 took the popular series into the muddy mess of World War 1. Like its predecessors Battlefield 3 and Battlefield 4, it was paired with a paid expansion pass that delivers additional maps and content during a year-long window after launch. The newest expansion for Battlefield 1 has been revealed today and it will go by the name Apocalypse. 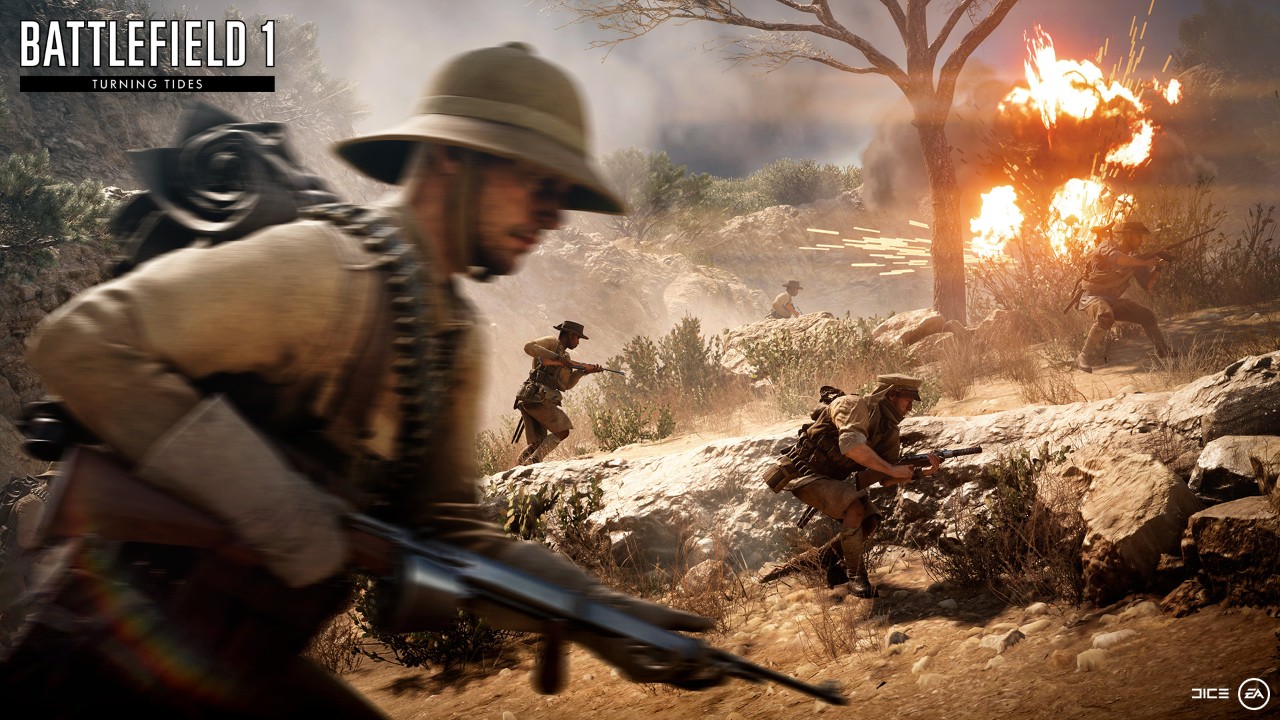 The fourth expansion for Battlefield 1 will arrive in February for Premium Pass owners and will bring with it 5 new maps. Passchendaele, Caporetto, and River Somme are classic Battlefield-style maps with large play areas. The other two maps, London Calling and Razor’s Edge are maps named after Clash and AC/DC albums, respectively. That last part is not true. These two maps are air combat focused and will be designed to show off the new Air Assault game mode.

As with any Battlefield expansion, Apocalypse will also provide an array of new weapons, vehicles, and gadgets. One of the more promising additions is the Assault Class AA Rocket Gun. This new addition will allow foot soldiers to cause pain in the sky. Additionally, Apocalypse will bring new dog tags, specializations, service assignments, and ranks.

Players can expect Apocalypse to look incredible and offer insanely wild battles online. Owners of the Premium Pass or the Burning Tides expansion can also expect the North Sea campaign to arrive with two new maps in late January. You can get a sneak peak of one of the new Apocalypse maps and gameplay from JackFrags in the video below.