Destiny 2 has a decent selection of armor when it comes to exotics. They aren’t all interesting or useful, but there’s a fair bit for each class. Unfortunately, the hard exotic meta is a real thing, so it’s tough to find room for some of the pieces found in your collection. The St0mp-EE5 exotic hunter boots are easily overlooked, but there are a couple places that they can be useful. 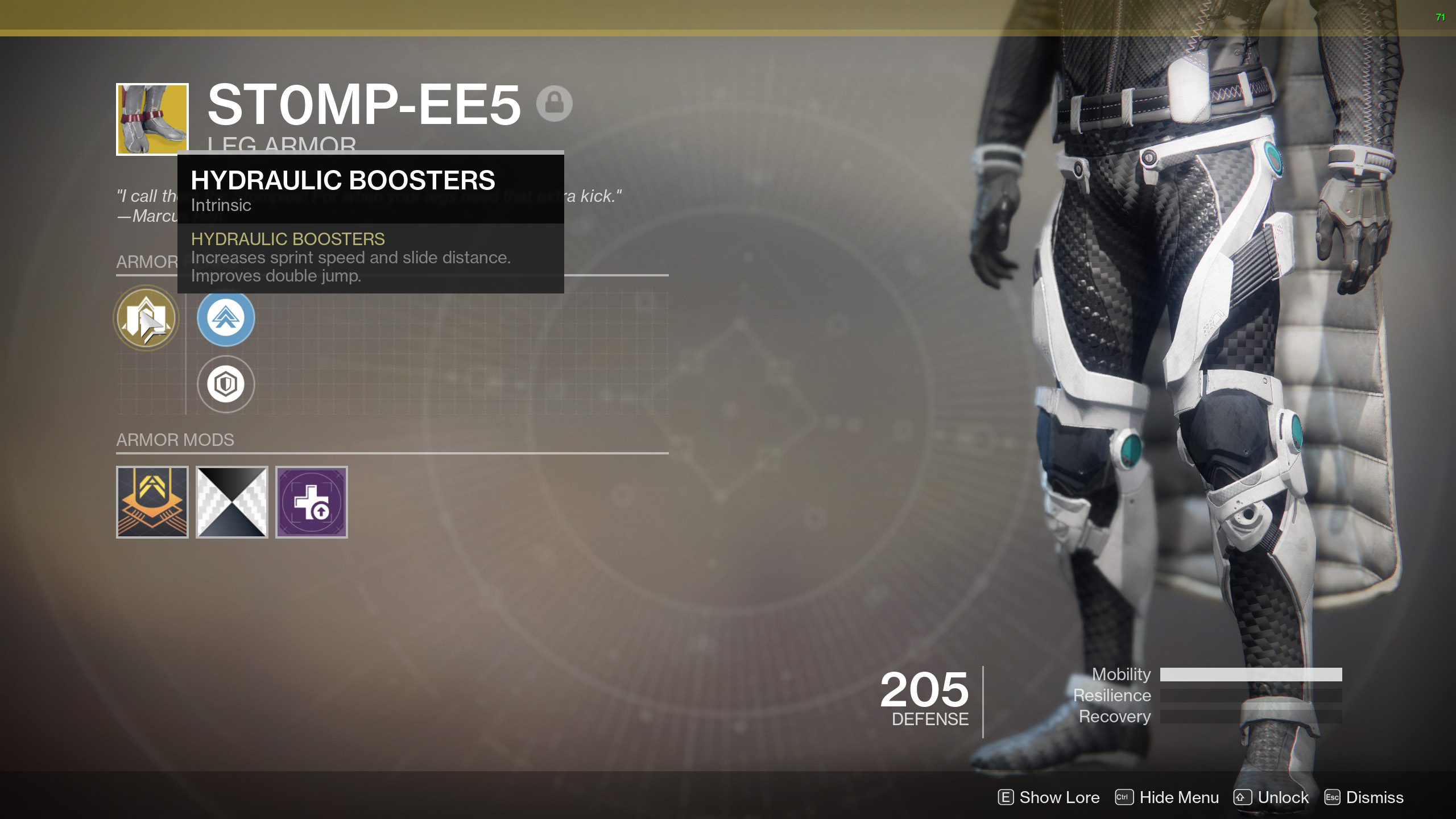 Any skilled Hunter in Destiny 2 likely has three exotic armor pieces that they rotate between depending on their subclass. The Celestial Nighthawk, Knucklehead Radar, and Raiden Flux are the Hunter’s meta. Those three should be the dominant exotic armor pieces for any Hunter. However, there are times when you can find value in other pieces, but it’s specific.

The slide distance increase isn’t really that big of a deal, unless you love using your slide in PvP and think that increasing its distance would somehow benefit you. I don’t see it, but to each their own. The sprint speed, however, could be valuable both in PvP and in specific PvE situations.

Starting with PvP, moving faster is an advantage under all circumstances. You get to the “B” flag faster when the match begins. You can outrun someone with their super ability triggered. You’re able to track down wounded Guardians who wish to escape you. Mobility without losing anything from your other stats is a plus, and in PvP, the St0mp-EE5 exotic Hunter boots provide that.

However, you must also consider other exotic Hunter armor and weigh those pieces against the St0mp-EE5 exotic Hunter boots. Are they better than Knucklehead Radar in the Crucible? Probably not. So, while you could find some value there, it’s tough to argue for these boots when you throw other exotics into the mix. Except for the Celestial Nighthawk; that has little to no value in PvP.

In PvE, there are only one or two situations where you could get value from the St0mp-EE5 exotic Hunter boots, and both situations come from the Leviathan raid.

During the Gauntlet portion of the raid, Guardians will have to run a course along the outer perimeter of the area. How quickly you can get from one point to the next can be the difference between passing the encounter for your team, or having to start it again from scratch as a group of six. In this situation, the St0mp-EE5 exotic Hunter boots are of great value.

The other portion of the raid that you can find value here is the Leviathan raid underbelly, where you go to get all your loot. Certain rooms are full of Watchers that must be destroyed to get to a chest. Often, there will be one or two Watchers hiding in the back corners of large rooms. Having the St0mp-EE5 exotic Hunter boots on and taking advantage of invisibility will allow you to get to these Watchers without triggering the rest.

That’s not a lot of scenarios where the St0mp-EE5 boots are useful. There could be one or two more, but the point is they are situational at best. Keep them, and use them only when needed. Hopefully Bungie will introduce more activities that make them useful in the future.

That’s it for the St0mp-EE5 exotic Hunter boots, but you can browse through loads of in-depth coverage with our Destiny 2 complete strategy guide.