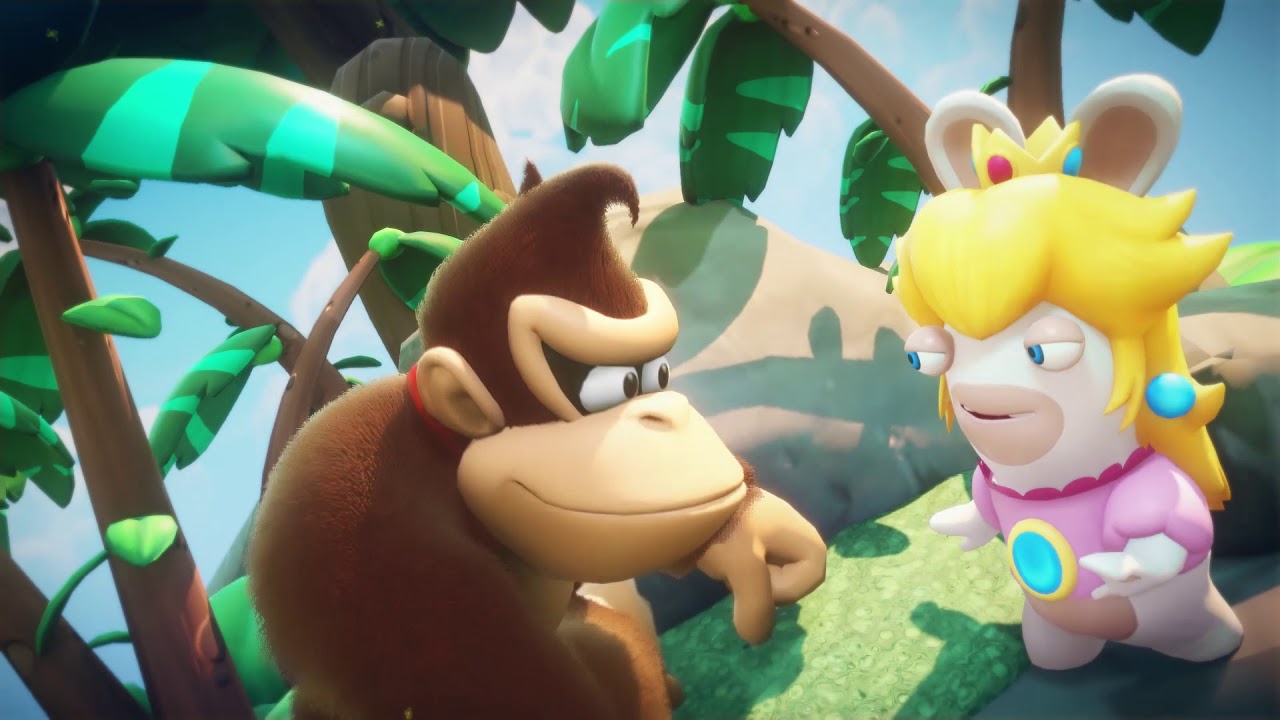 Everyone's favorite ape with an attitude and necktie is making his way into the wild world of Mario + Rabbids Kingdom Battle for the Nintendo Switch this spring. Donkey Kong will be joining his one-time nemesis and Ubisoft's crew of weird rabbity-like things for a brand new story that will expand the game's universe into new territory with the upcoming DLC.

"A new hero swings into action! Donkey Kong is headed to the game as a playable character, complete with an exclusive new storyline and to explore. The DLC pack will release in spring and will be available for purchase individually, or as part of the Season Pass or Gold Edition of the game."

What kind of moves and abilities DK will bring to the strategic RPG have yet to be seen, but the reveal trailer does show him using a banana as a boomerang (?) There's no mention of any other characters from the Donkey Kong Country franchise making the move with him at this point, but if there's a brand new world to explore it could mean a trip to Kong Island is in store. Hopefully, we'll get more details as the DLC pack gets closer to launch.