CES 2018: How 'Project Linda' Adds a Laptop to the Razer Phone

Razer had a busy Consumer Electronics Show this year, with one of the company's biggest reveals surrounding its premium smartphone. The Razer Phone was first revealed in November and is among the most powerful phones on the market. And with a phone aimed squarely at gamers, Razer is going a little further with the idea and offering a unique attachment idea that Shacknews got to take a look at during CES earlier this week. 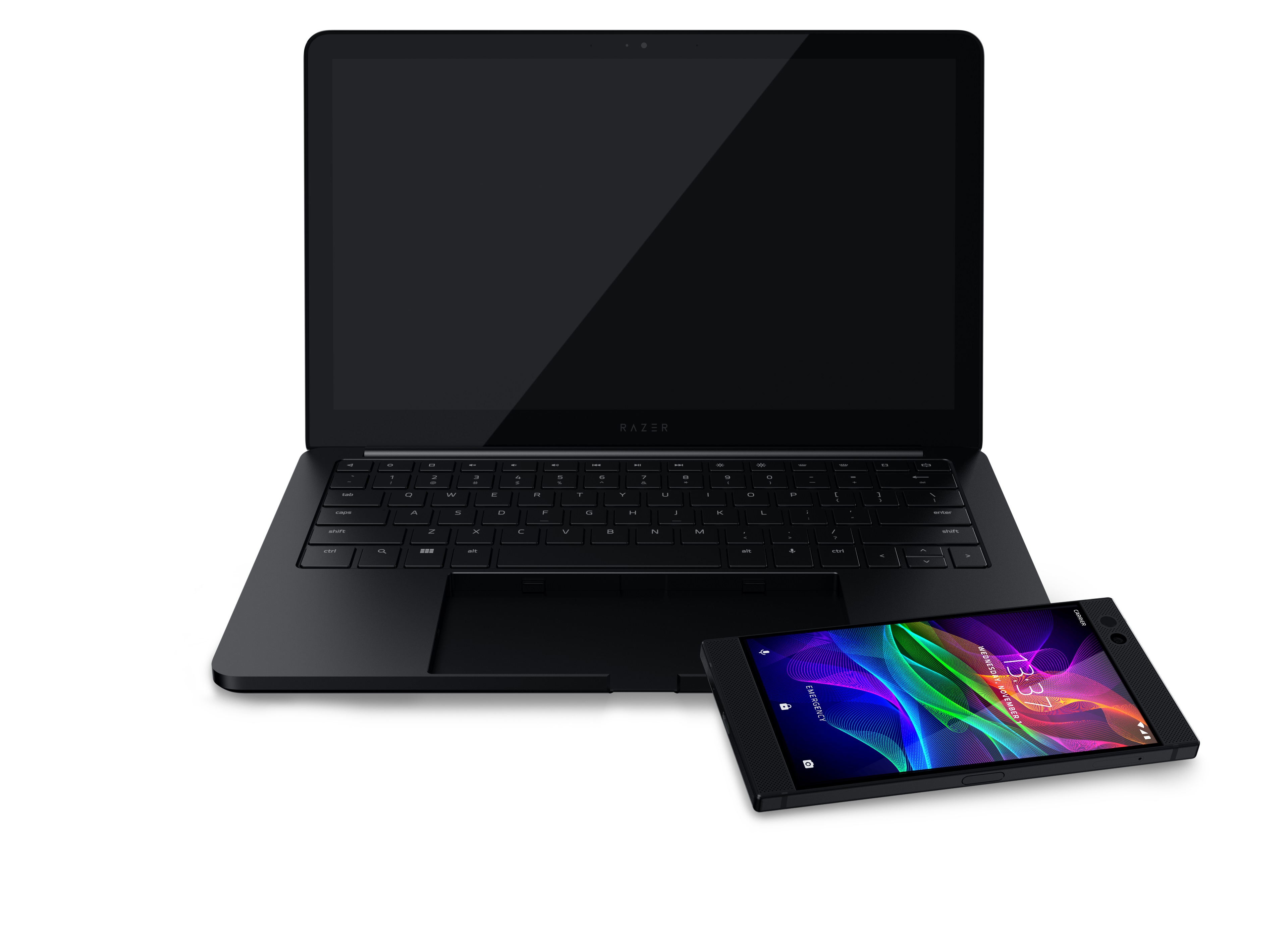 Users will notice a keyboard featuring Razer Chroma backlighting, fully customizable with numerous color options. The keyboard's top row features keys specifically designed for Android devices. But what makes Project Linda unique is that the phone is fully usable as either a touchpad or as a second screen.

Project Linda aims for portability and convenience. The aluminum chassis is roughly about what one would expect out of the Razer Stealth Blade or one of Razer's other similar line of laptops. The difference is that Project Linda adds a few inches along the Z-axis to help house the Razer Phone. But even with that extra space, the chassis is only 15mm thin and weighs less than three pounds. It also houses 200GB of storage, a USB-A and USB C charging port, a 720p webcam, and a dual-array microphone. But if the user also wants to use it as simply a bigger version of their phone, the 13.3 inch laptop screen also works as a touchscreen.

It should be noted that Razer is fully aware that Project Linda is in its prototype stage and that it needs to make several improvements before pushing this out on the open market. One question surrounds the stability of the docking hub, which is operated by a button on the top-right of the keyboard. Another issue involves users that opt to use custom phone cases. At the moment, the case must be removed to place the Razer Phone inside Project Linda, which presents a less-than-ideal situation. There's also the question of what happens when receiving phone calls in the middle of a critical game of Counter-Strike: GO or the like. Razer is planning to offer several options for how the device will handle incoming phone calls, which potentially include taking the call on the Razer Phone without interrupting the game on the main screen.

The other key question involves battery power. The chassis can house up to three times the power of the Razer Phone, which means it can power both without an AC adapter. However, because there are so many variables, it's hard to nail down an exact number of how long the chassis can run when not plugged in. Razer will look to issue an exact number in the near future.

Think of Project Linda less as a laptop and more as a massive phone accessory. And because it's a big phone accessory, it probably shouldn't be priced more than the phone itself. That's especially the case if that phone goes for $999. Razer isn't ready to talk price tag on Project Linda just yet, but company reps assured the press members present that it would not exceed the price of the phone.

Project Linda is early in development, but it's looking like an intriguing luxury item for the high-end smartphone connoisseur.