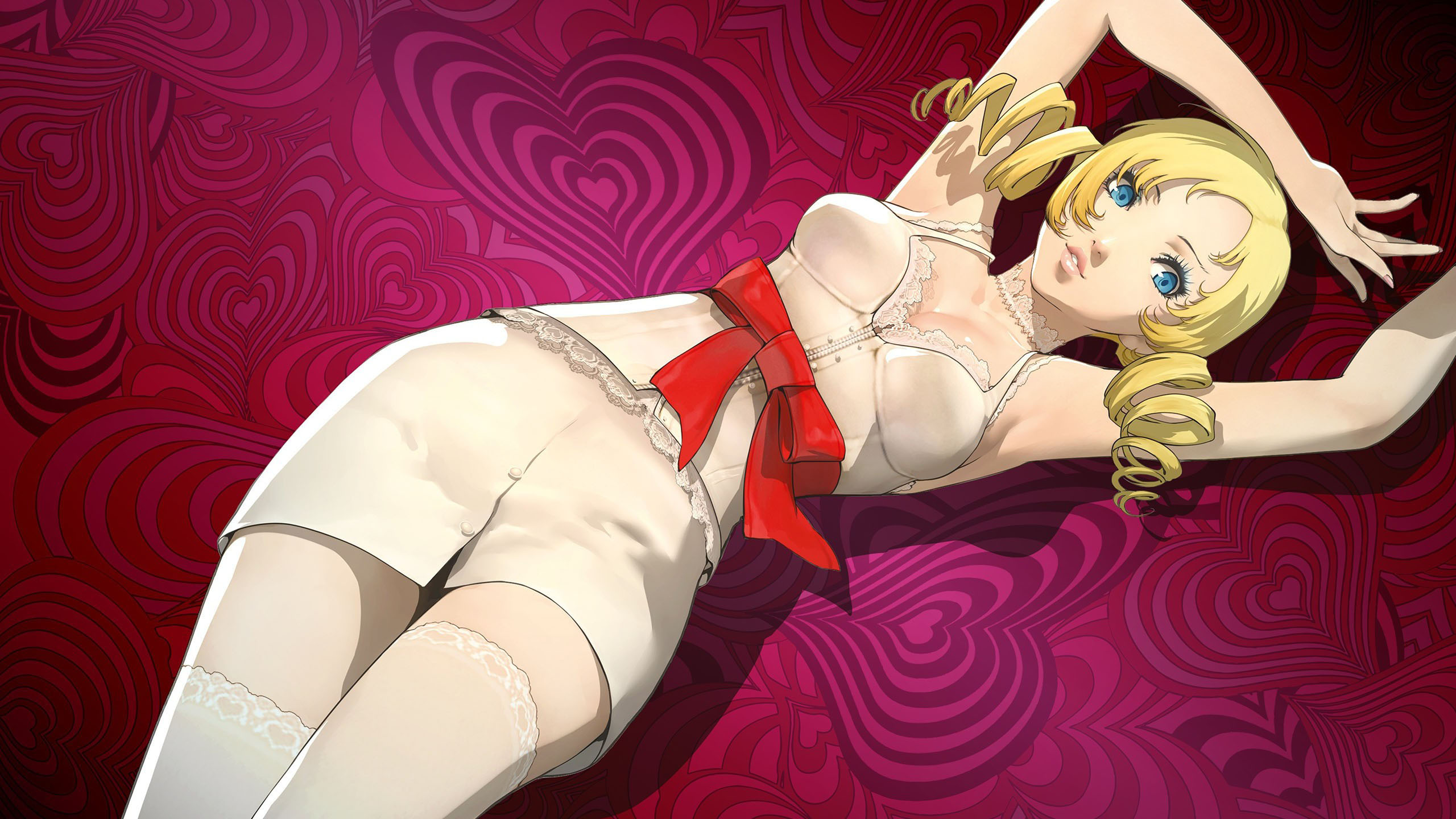 Full Body will up the ante with a slew of new features, the least of which is the addition of a third Catherine. The new character, "Rin" is a piano player at the bar that Vincent frequents. Her inclusion will allow for new story branches and outcomes for all four characters. New endings, levels animated sequences are being added as well to flesh out the remake.

Players can also expect a new mechanic for the in-game puzzles that will allow them to move more than one block at a time during the tower climbing puzzles. Multiplayer online battles and the ability to cross-save on platforms should also be in the final version game.

According to Famitsu, the game is being headed by Persona 5 producer Katsura  and is already about halfway through development.