You can now hold the Jump-Rope record in Super Mario Odyssey if you happen to have sixteen hours of free time and a Nintendo Switch. Glitchers have discovered a new bug in the latest Mario game that allows players to float in the air while they set a Jump-Rope record. This has thrown the global leaderboard in New Donk City out of whack, but you probably want to know how to join in on the fun. Here is how to Jump Up, Superstar.

To unlock the Talkatoo camera glitch, players need to throw Cappy at the bird and hit the A button as it strikes the back of its head. Then roll away without looking at Talkatoo. Once situated in the Jump-Rope challenge, do a few butt stomps and turn to look at Talkatoo to activate the camera glitch. Mario will be stuck levitated in mid air. 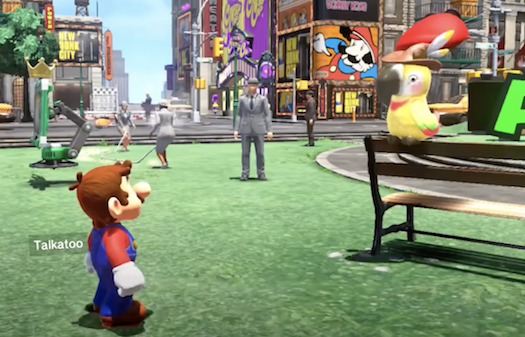 If you plan to hit the maximum score of 99,999 jumps, plan on leaving your Nintendo Switch on for about sixteen hours. This is clearly a glitch, and it remains to be seen how Nintendo will handle this on the Super Mario Odyssey global leaderboard. For now, the glitch is alive and well. Head on over to New Donk City if you want to do it for Shacknews.