Modojo Rewind: Compelled To Acquire Them All

This past week has been eventful for players fond of role-playing games: not only has Skyrim finally landed on the Switch as well as PlayStation VR, portable-oriented players have also just today been treated to the likes of Pokemon Ultra Sun and Ultra Moon. These two titles follow their forebears only by one year — one day less than a year, in fact — and though many would argue that's too soon to be releasing an enhanced version of a game, the truth is that they're perfect send-offs for a series soon to migrate to the Nintendo Switch.

Not all things are about Nintendo, of course, though we do understand feeling that way sometimes. This week we've also found some news regarding the mobile versions of the world's most popular soccer game franchises as well as an exciting new gameplay trailer for thatgamecompany's upcoming iOS- and tvOS-exclusive title. This critical information and only the barest of references to medieval weaponry await in the Modojo Rewind.

Of Catching And Training

Being mobile and portable-minded gamers ourselves, the biggest news this week concerned the recent release of Pokemon Ultra Sun and Ultra Moon. We were able to get our initial impressions of the games out early, and after experiencing all the sights and charms that the region of Alola has to offer, we are proud to offer our official review of Pokemon Ultra Sun and Ultra Moon.

In a related note, Pokemon Go players were given some good news this week when the development team at Niantic assured fans that support for Pokemon Go won't be taking a hit by the work being done on Harry Potter: Wizards Unite. That's not to say that they don't need more help, of course, just that they're "100% committed" to the continuing support of the AR-based hit. 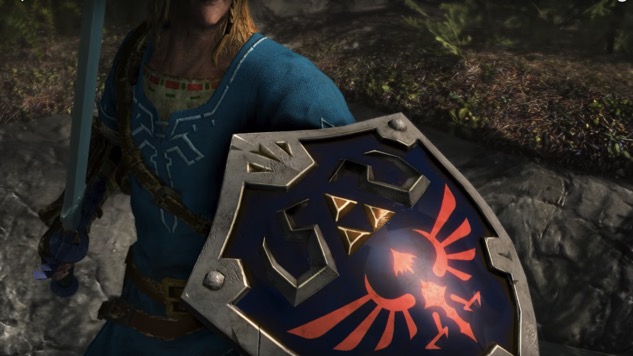 For Switch players, the big news this week was the inevitable release of The Elder Scrolls V: Skyrim on Nintendo's hardware. Nintendo and Bethesda both made a big showing of the game running on a Switch before the hybrid console had even released, and after months of waiting, it's finally arrived. And, naturally, we dove head-first into Skyrim on the Switch in our review.

One of the big questions regarding Bethesda's breakaway hit RPG on the Switch was how many corners would need to be cut in order to get the title working on the system. Would graphics and gameplay be finely-balanced like an oak-shafted halberd, or would the power needed by an open-world RPG lead to a clumsy bludgeoning of the game's biggest features? As it turns out, Skyrim performance comparisons between the Switch and other consoles have been undertaken, and the results are fairly surprising.

Soccer is one of the biggest sports on the planet, and any football fans who have played FIFA or PES know how addictive they can be. This undoubtedly meant that FIFA and PES would make their way to mobile devices, and now both franchises are ready to long pass into the new year. FIFA Mobile has introduced an all-new season alongside a newly-added campaign mode, and PES 2018 Mobile has been released providing players access to new Legendary athletes like David Beckham and the just-added ability to play with friends.

As for those who like their games a little less technical, Catan Studio has released a new text-based adventure game for mobile devices set in the Catan canon, which is interesting to say the least. Also, thatgamecompany has taken part in a new six-minute video that dives into everything there is to know about Sky, the upcoming Journey-esque iOS and tvOS title that was unveiled earlier this year at Steve Jobs Theater.