As was the case with companies such as Alienware and Falcon Northwest before it, PC and PC accessory manufacturer Razer has become the go-to brand for high-end computers and computer accessories. Founded just 12 years ago, Razer rapidly made a name for itself by producing scores of gamer-focused accessories: as a point of reference, Razer currently offers 28 different computer mouse models, a dozen or more keyboards both standard and mechanical, and a range of laptops starting at $1,349 and soaring up to an eye-watering $4,699 for the top of the line Razer Blade Pro 4K.

Needless to say, Razer is a company that caters to technologically-demanding consumers, so it's no surprise that the company's first ever smartphone, commonly referred to as the Razer Phone, would push the boundaries of how much power can be crammed into a mobile phone. As revealed just moments ago through the company's livestream event, the Razer Phone will sport all the top specs that gamers are sure to crave, including a 5.72-inch 120Hz Ultramotion display paired to an Adreno 540 GPU, 8GB DDR4 RAM, 64GB of internal storage, a sleek aluminum body, and an ample 4000 mAh battery. Also, as a cherry on top, the Razer Phone will also be the world's first phone with support for Qualcomm QuickCharge 4.0+ technology. 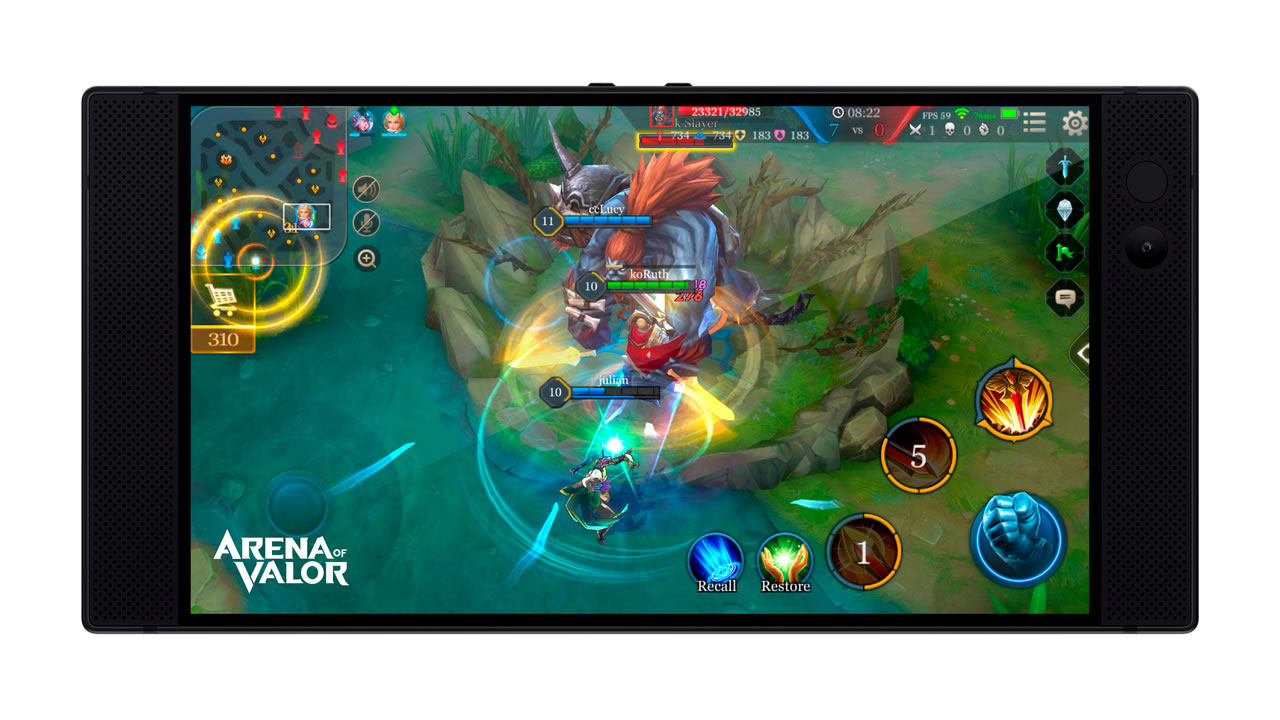 These features are piled on top of the device's previously-leaked specs, which include support for Dolby Atmos-enabled sound pumping through the device's front-facing stereo speakers, a Snapdragon 835 processor, a dual-camera setup with 12 megapixels lenses, an 8 megapixel front-facing camera, and a surprising THX-certified USB-C audio adapter complete with a 24-bit digital audio converter. The device will come out of the box with Android 7 Nougat installed, and Razer promises that Android Oreo will be pushed out to Razer Phone users next spring.

Mobile fans who want the biggest and baddest device they can get their hands on won't have to wait long, as Razer plans to start shipping the Razer Phone out around November 17 in North America and Europe. Even better, fans can go ahead and start dropping their hard-earned dollars — 700 of which will be required — on Razer's latest device tonight, as pre-orders for the Razer Phone have already gone live over at the official Razer website.