In an email replying to an Apple customer, the company's CEO Tim Cook made some Mac Mini fans rest at ease. "Are we going to see anything in the pipeline anytime soon?" asked the Apple fan. Tim replied with the usual Applespeak about not sharing details about future products, but did reassure Mac Mini fans that, "we do plan for Mac Mini to be an important part of our product line going forward." Check out the full exchange below. 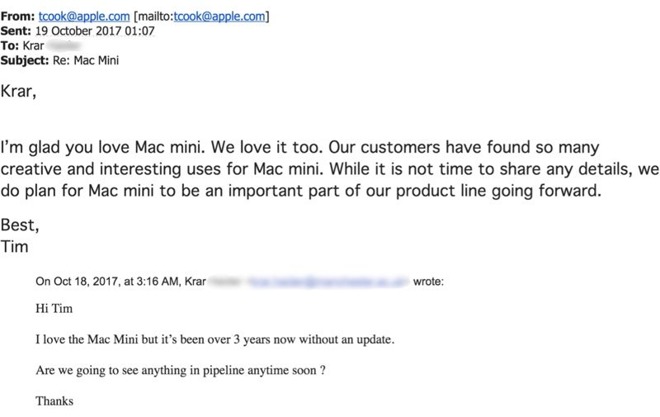 Do you own a Mac Mini? Let us know some of the things you love about it in the comments section!