An impassioned, spirited young fighter contemplates her fate from within the walls of a prison cell. As she considers what comes next, she's approached by an officer. She is promised mercy if she grants him the information he seeks. He tells her that she would be an asset to their side, should she ever decide to switch her allegiances. But as she hears his pitch, she maintains her poise. She has a plan, after all. And she's ready for a daring escape.

On the surface, this sounds like the plot for a standard Star Wars story. But of course, as revealed earlier this year, the protagonist of this story isn't part of the Rebel Alliance. This is the story of Iden Versio, leader of the Imperial special ops unit known as Inferno Squad and lead woman of the single-player campaign for Star Wars Battlefront II. Shacknews recently had the opportunity to go hands-on with the game's opening minutes to learn more about what players could expect from this Battlefront campaign. 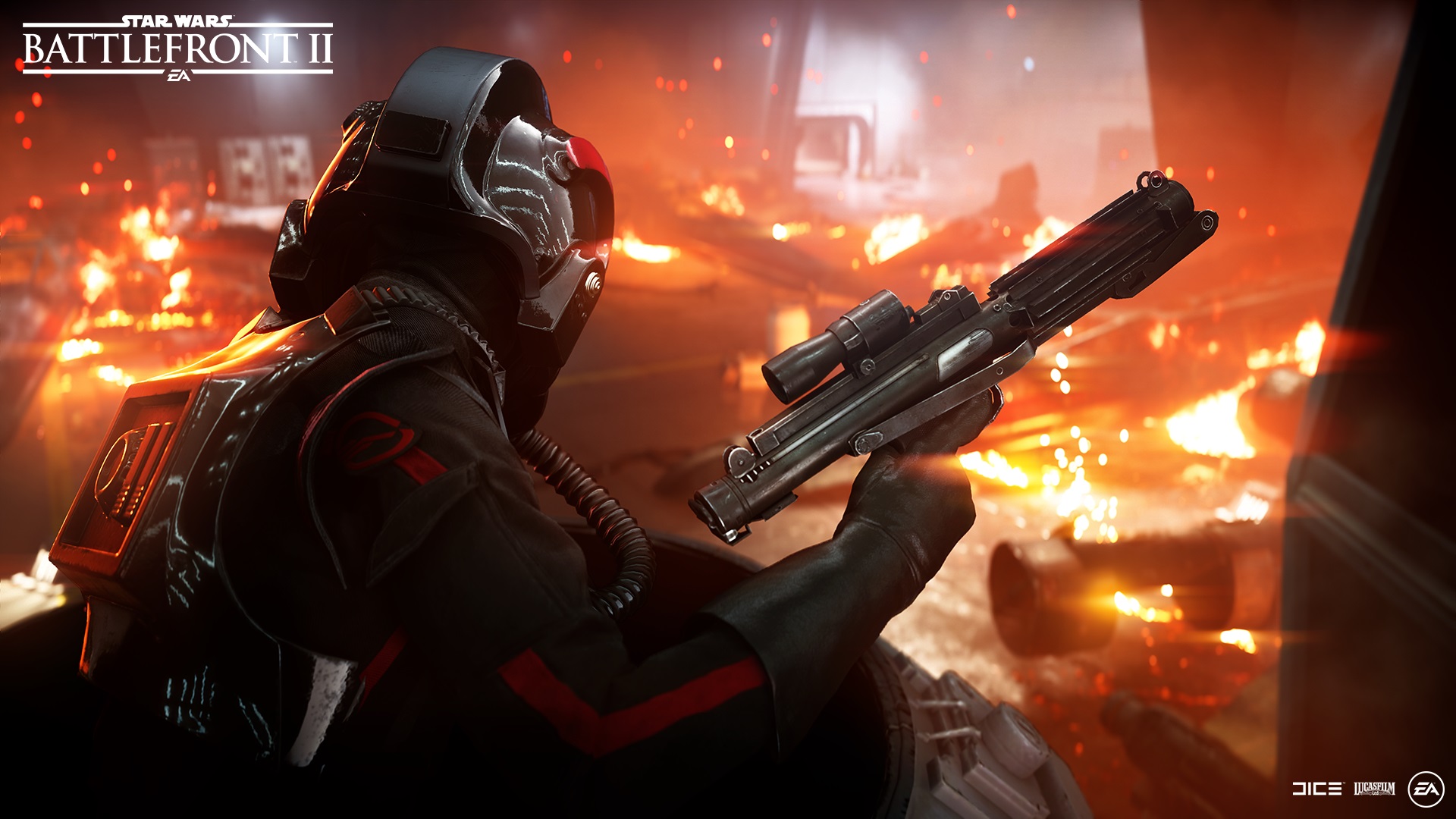 While DICE is in charge of the Battlefront multiplayer and Criterion are working on the game's Arcade and Starfighter Assault modes, the campaign is the brainchild of Motive Studios. This is a brand new development studio under the Electronic Arts umbrella, founded by Jade Raymond. Its first task couldn't be a taller one, but Motive had some bulletpoints in mind when putting the Battlefront story together.

Before anything else, the idea was to capture all of the pillars of the Battlefront experience. That means being a trooper, a pilot, and a hero. This is where the creation of Iden Versio's character comes in, even if she isn't necessarily the hero type. The main goal with Iden's story is to craft a story from a unique perspective, noticeably different from the Star Wars side stories seen in the current line of Marvel comics or the "Star Wars Rebels" television series. Iden's story is Star Wars from a soldier's perspective, an idea that Lucasfilm and Motive Studios began shaping since "Star Wars: The Force Awakens" first hit theaters. But while Stormtroopers were only trained for one sole function, Iden and her team needed to be something greater. That led to the creation of Inferno Squad, a special ops team that excelled in multiple areas.

That leads back to the game's prologue, with Iden held captive aboard a Rebel vessel. The campaign begins with a cinematic cold open, similar to "Rogue One: A Star Wars Story," and the aforementioned interrogation scene. Iden's escape path involves using her iD-10 Protocol Droid (named VZ-626) to tinker around with the Rebel ship. Once VZ opens up Iden's cell, the mission became to find an escape route. Iden could shoot her way across ship with guns blazing or she could take the stealth route, using VZ's droid shock ability to clandestinely take out targets. One area where the Battlefront campaign won me over immediately was the ability to switch between first and third-person perspectives, a feature that I welcome, given that my experience with past Star Wars games mainly involves third-person combat. 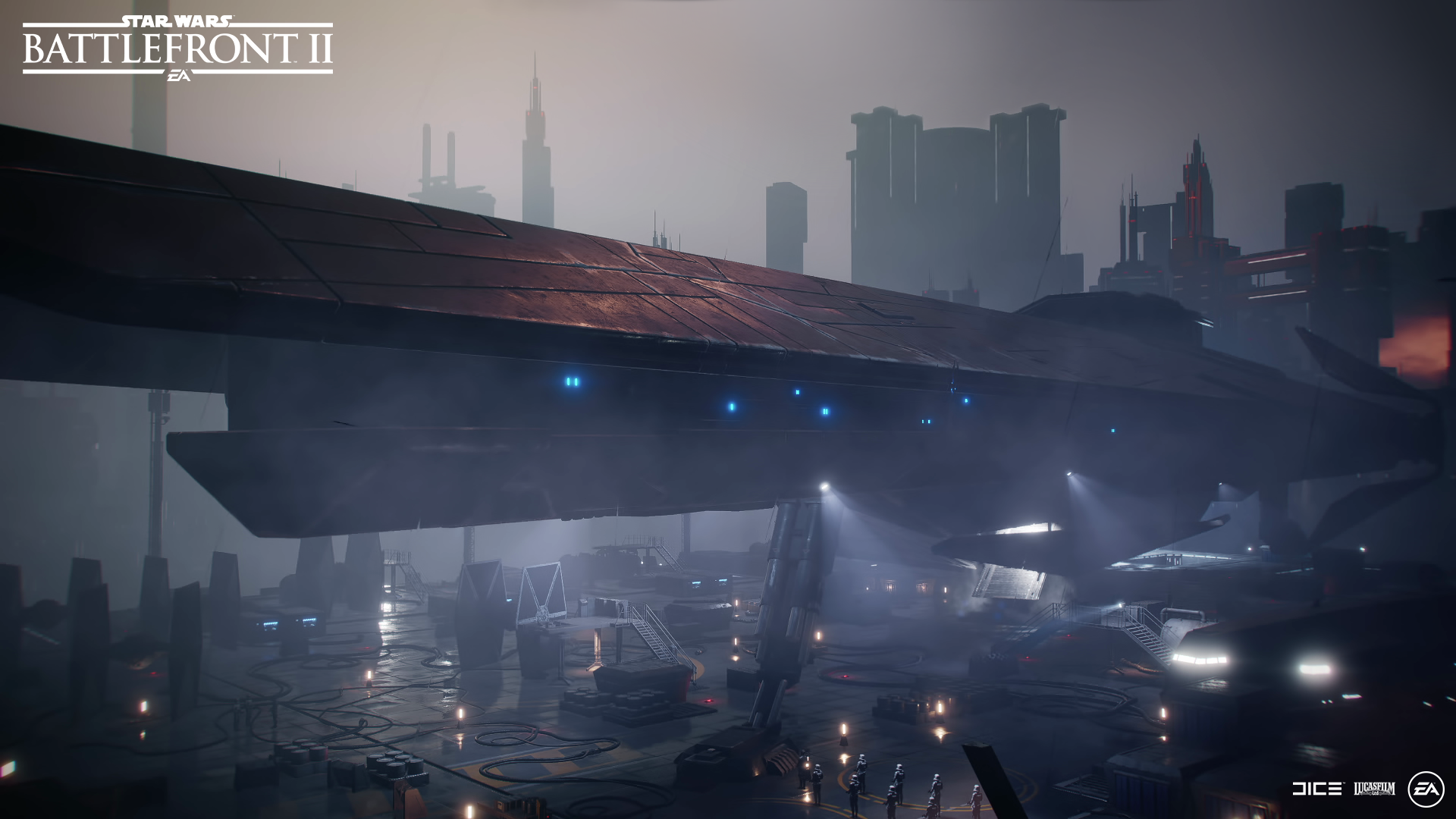 Over the course of the game, Iden could find upgrades inside supply crates. The Star Card system from the multiplayer side of Battlefront is used in the Campaign, as well. The upgrades and custom loadouts here are more suited for single-player combat. For example, the first ability I found was Killstreak Vanguard, an ability that recharges VZ's droid shock faster.

Rebels will often fight back in great numbers, more than one would expect from a ragtag group of freedom fighters. Dealing with them in the prologue stage is easy enough, since Iden can shoot at switches to shut doors and leave enemies in the dust. While Iden fights alongside her allies frequently, such as during the Endor mission, Rebels will still show coordinated spirit. Rebel Officers are higher-tier enemies that bolster their allies and can deploy turrets, making them particularly troublesome targets.

Each chapter of the game looks to offer multiple objectives and mixes up the action between running around on-foot and piloting a TIE Fighter. Chapter 2, for example, has Iden answering a distress call from a nearby Star Destroyer. After clearing out Y-Wing bombers and X-Wing squadrons, the next objective had her board a Rebel vessel and clear it out by planting explosives. After wrecking the vessel, Iden had to return to her fighter and return to the battle in space, continuing to fight Rebel squadrons until she and her teammates were able to free the captive Star Destroyer.

While the campaign looks to feature basic Battlefront gameplay, the narrative will be the single-player's main attraction. As mentioned, the story comes from a soldier's perspective and Iden follows the Empire to an almost single-minded degree. However, Emperor Palpatine's death has left the Empire in shambles, with the remaining Imperial officers (including her father) looking to enact the emergency Operation Cinder. Operation Cinder is a mystery to everyone, including Iden and Inferno Squad. As the Empire's secrecy grows and the Imperials grow increasingly desperate to assert their waning power, it's clear that Iden's loyalty will be tested over the duration of the campaign.

A robust single-player campaign was one of the original Battlefront's biggest omissions and it looks like Motive is making up for that with the story that they've written for Battlefront II. Iden Versio comes across as a one-dimensional character, blindly loyal to the Empire. But the more the story unfolds, the more it starts to become clear that she's going to have to change or evolve in some way in the wake of the Emperor's death. That has the potential to be a very interesting story and I'm certainly hopeful that Battlefront's story can live up to that promise.

Players will get to watch Iden's story unfold when Star Wars Battlefront II arrives on PC, PlayStation 4, and Xbox One on November 17.