Hearthstone: Knights of the Frozen Throne is live. This includes 135 new cards, but it also includes a slew of new single-player missions, unfolding over the course of three weeks. Today, players will run through the Prologue with the Lich King before making their way through The Lower Citadel.

Shacknews is going to attempt to blaze through these bosses along with the rest of the Hearthstone community. But first, let's take a look at the challenges ahead and offer some potential early advice on how to go about completing these missions. 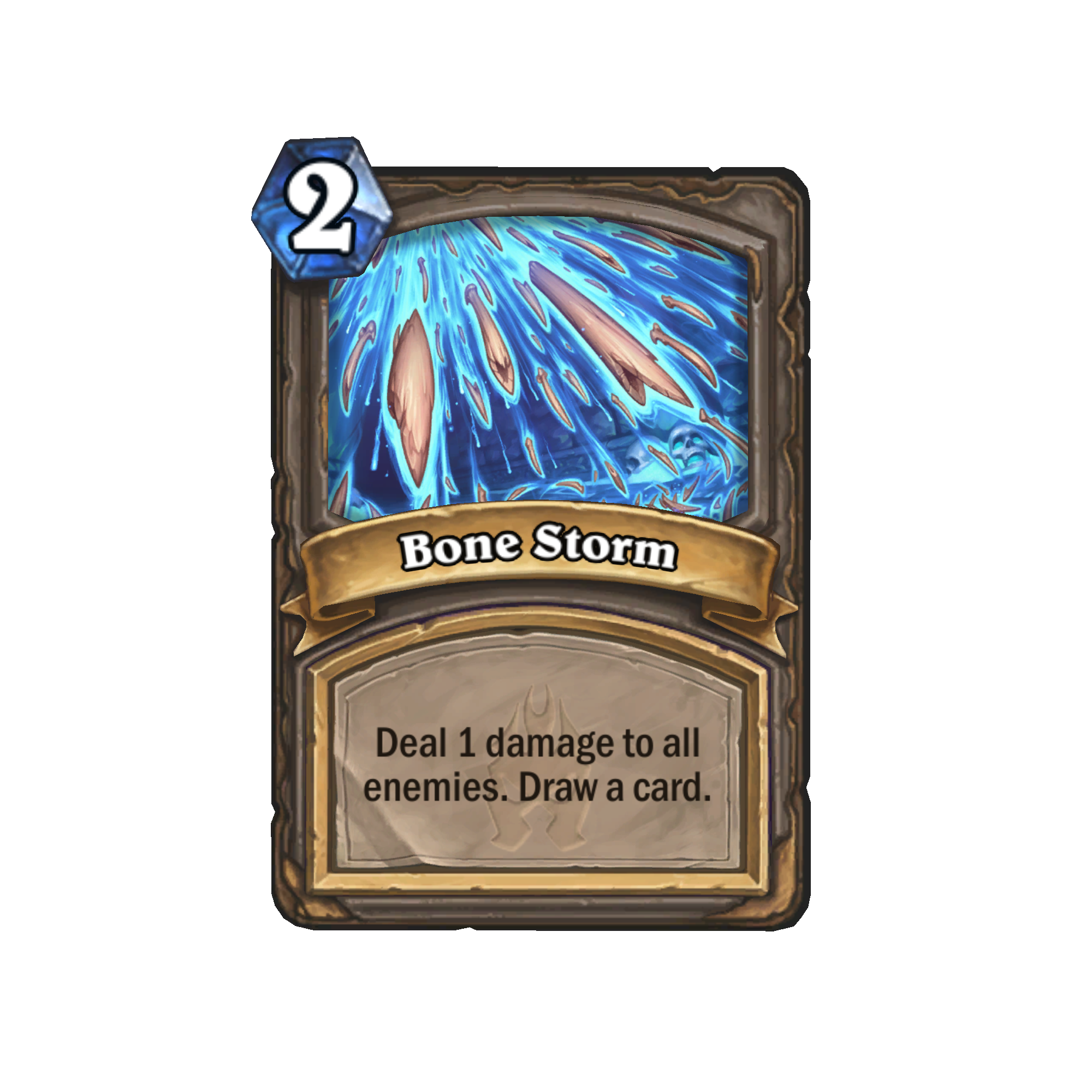 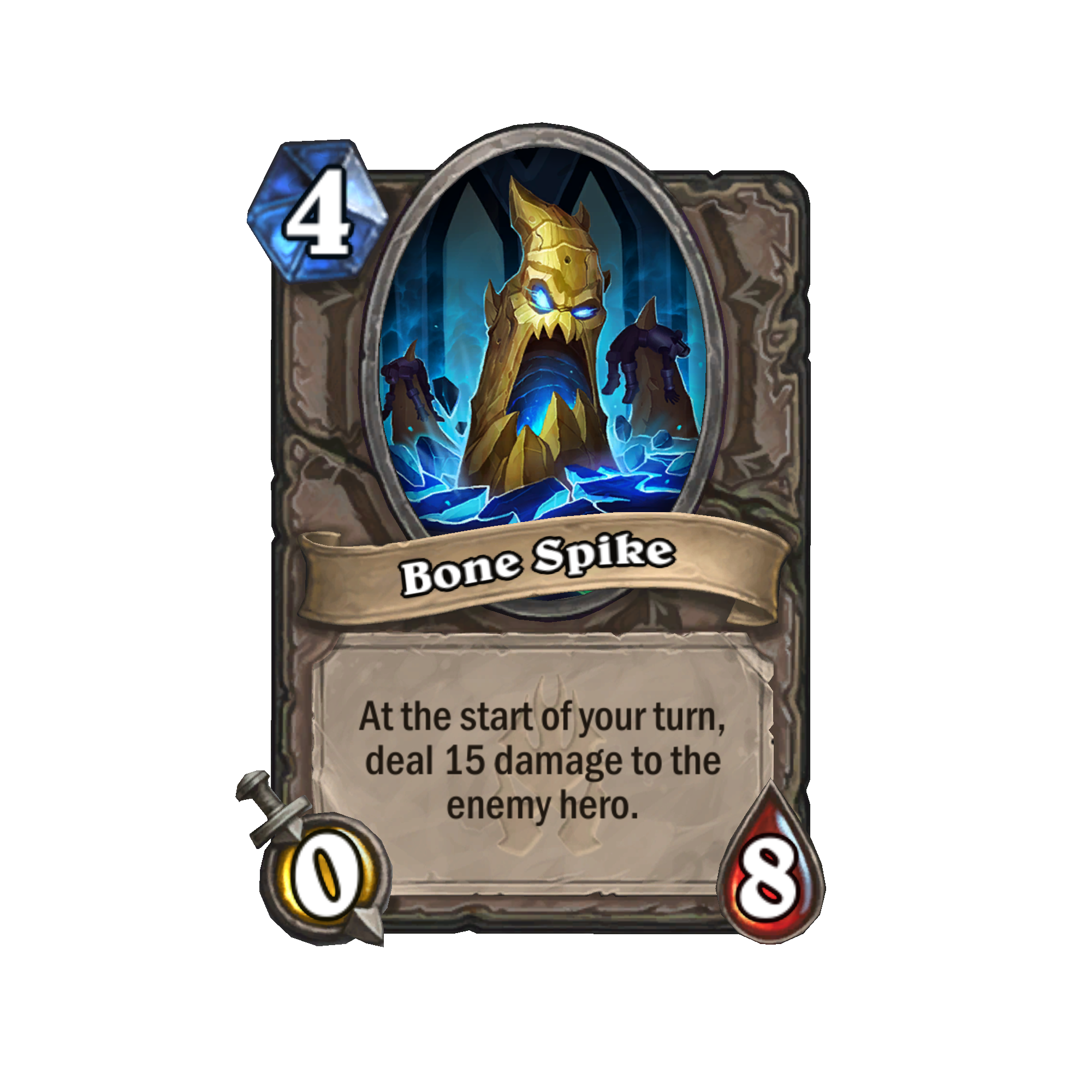 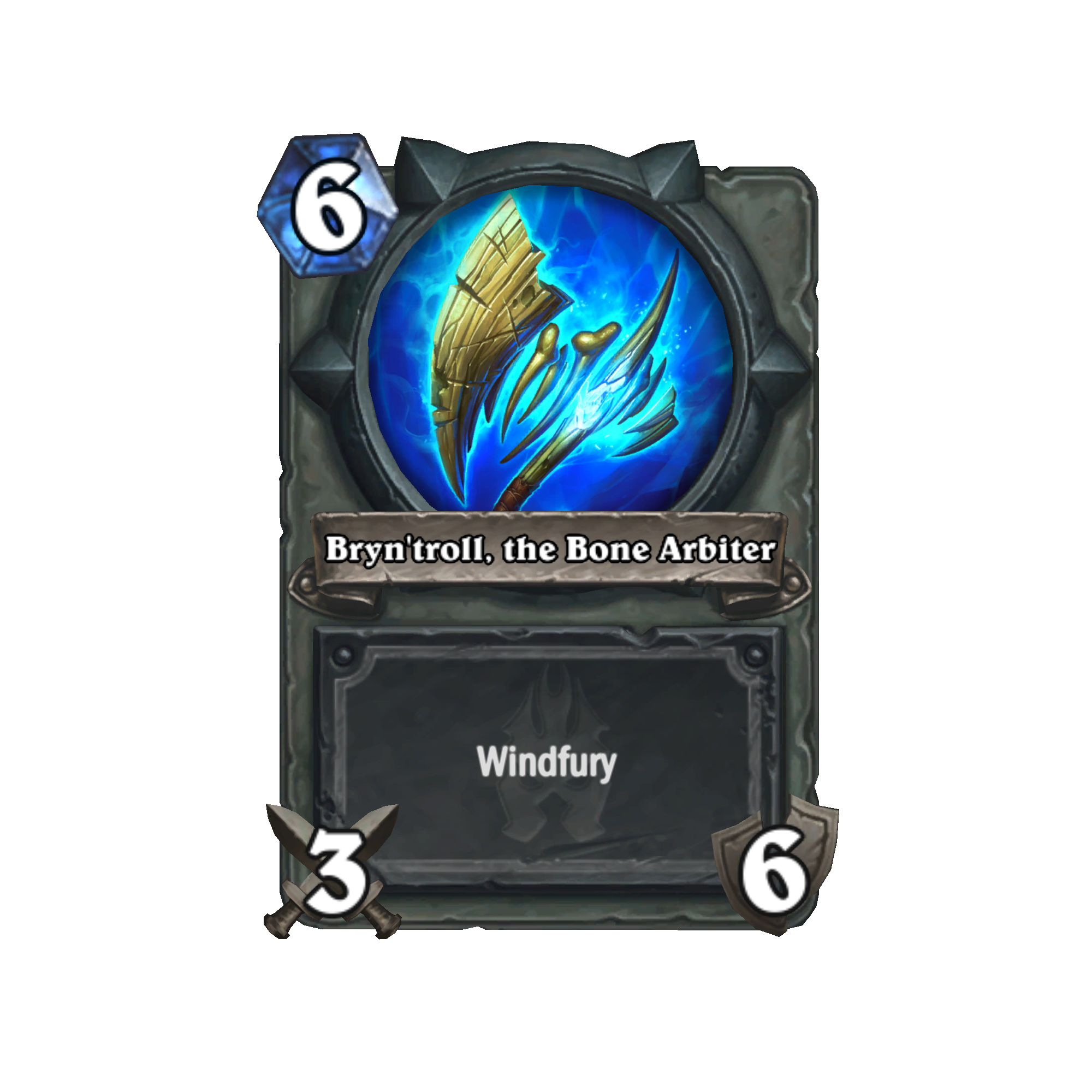 Lead Mission Designer Dave Kosak's Briefing: In WoW, you had to kill the Bone Spikes quickly to save your teammates. We tried to capture that sense of urgency in Hearthstone with the Bone Spike minions that Marrowgar summons. If they aren’t dealt with in one turn, they’ll deal a LOT of damage to your hero.

Marrowgar also has a crazy Hero Power, “Skeletal Reconstruction,” that heals him to full. The challenge here is to craft a deck capable of killing a boss in a single turn, while also having answers to the bone spikes—a fun challenge with many possible solutions.

Shacknews' Pre-Game Advice: If the idea is to go one-turn kill, then Silence Priest may be best equipped for the job. Humongous Razorleaf, in particular, will be the minion to aim for. After silencing him with Silence or Purify, use multiple stat-boosting cards like Power Word: Shield and Divine Spirit to boost him up until he's ready for Inner Fire. Use Radiant Elemental and Shadow Visions to speed up the process, if at all possible.

Bone Spike is going to hurt a lot, so bring along Crazed Alchemist and Kooky Chemist to dispose of them. Use a Silence spell on them, if absolutely necessary. The absolute best case scenario is to yank one away with Cabal Shadow Priest and have it do the heavy lifting for you. The Turn 6 Bryn'troll, the Bone Arbiter will be trouble, so bring along an Ooze (preferably Gluttonous Ooze). Harrison Jones will likely work, but be careful not to overdraw with his effect. 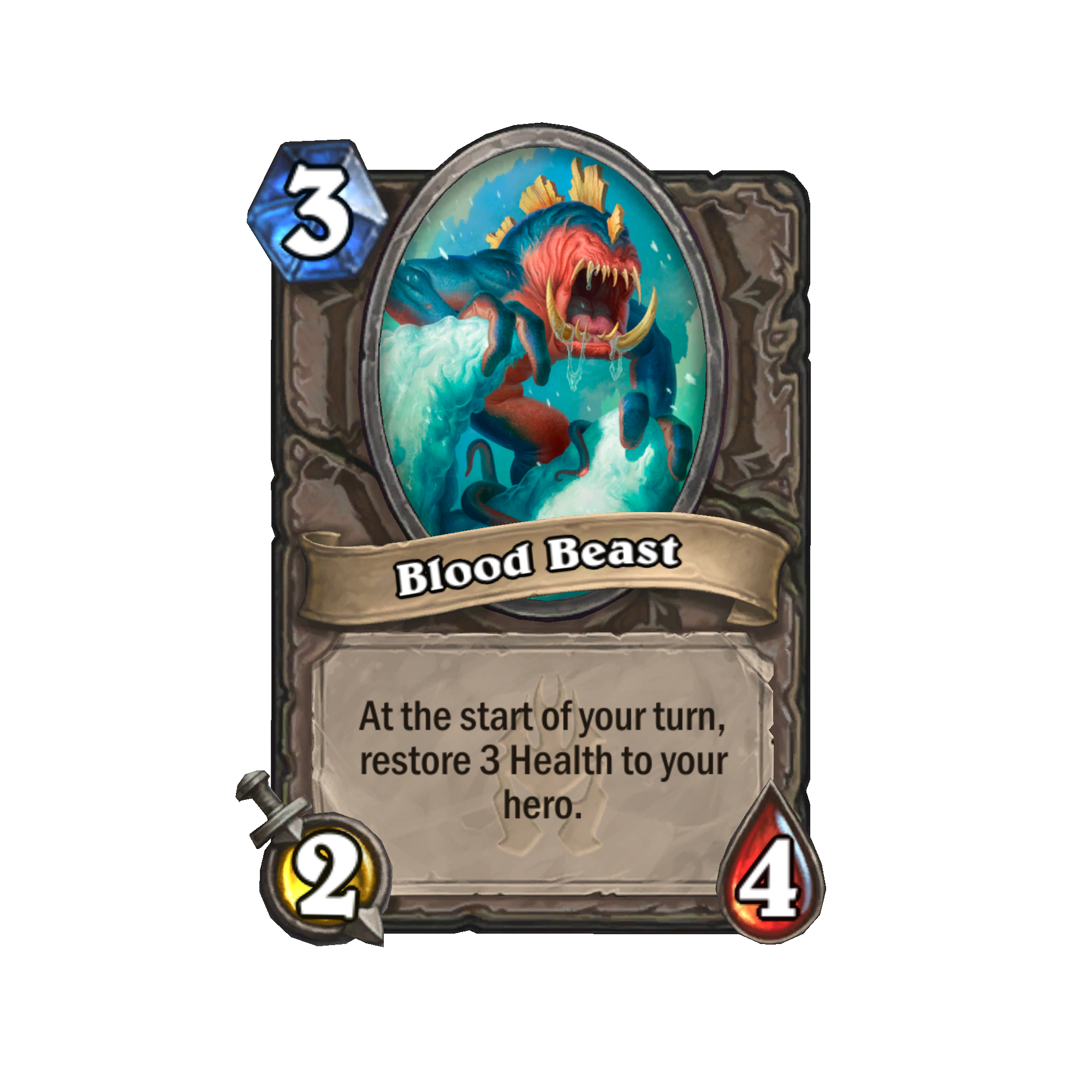 Lead Mission Designer Dave Kosak's Briefing: Deathbringer Saurfang's passive Hero Power, "Blood Rune," presents players with a unique challenge: he can only be damaged by weapons. Build a deck, steel yourself, and step into the ring for an epic slugfest!

Everyone who fought Saurfang in WoW remembers the Blood Beasts. You couldn’t let those things touch you, or the boss would heal. In Hearthstone, Saurfang's Blood Beast minions heal him at the end of his turn. You’ll need a weapon-heavy deck to take down Saurfang, but don’t forget to deal with his blood beasts immediately.

Shacknews' Pre-Game Advice: Time for the Warrior to get to work. With more weapons than you can shake a stick at, the Warrior should have enough tools to keep the fight coming. A good Pirate Warrior deck should win the day here, with the prime difference being that the pirates will be trading into the Blood Beast minions as much as possible. Kor'kron Elite is a particularly good minion to trade into these nuisances. If too many Blood Beasts pop up, use Brawl to get rid of them.

Keep your weapons upgraded as much as possible. Use Upgrade! and Bloodsail Cultist to upgrade weapons over the course of the game. Have a couple of Grimestreet Pawnbrokers handy so that they can get to work upgrading the next weapon, in case the current one craps out. Maybe even have Hobart Grapplehammer in the Turn 2 slot ready to roll, in order to power up your arsenal. 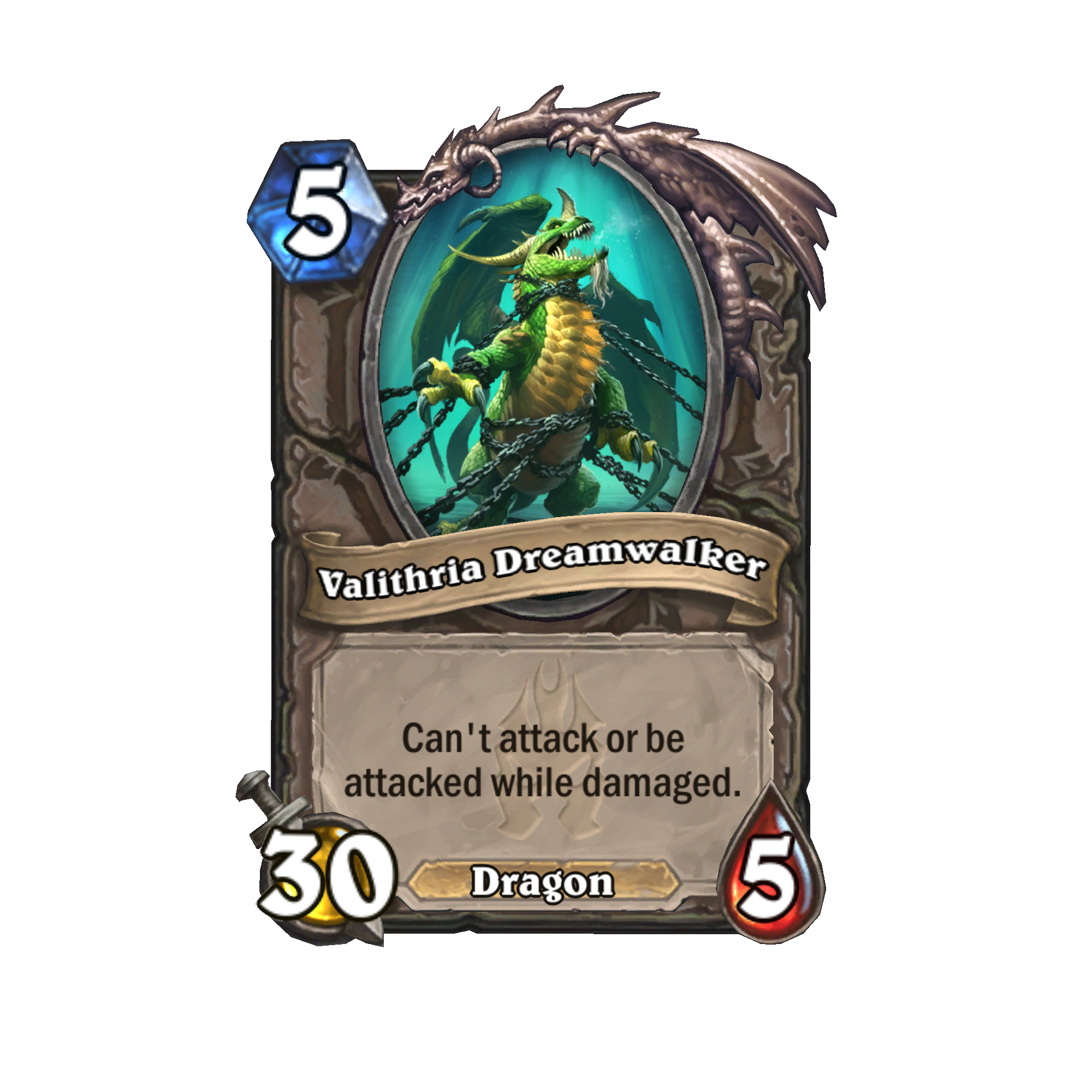 Lead Mission Designer Dave Kosak's Briefing: When players start this mission, they'll notice two things: Lady Deathwhisper's insane health and armor pool, and the GIANT dragon on their board. Valithria is a 30/5 minion, but she can only attack when at full health.

Lady Deathwhisper's Hero Power, "Whisper of Death," will reduce all of your minions to 1 Health. While it's a good idea to bring a lot of healing spells and minions for this mission, players may come up with other creative solutions to this deckbuilding challenge.

Shacknews' Pre-Game Advice: A 30/5 Dragon sure would come in handy, so bring as many healing minions as possible. Keep Valithria as healthy as possible and also be sure to keep her safe with spells that offer up Divine Shield.

With that said, bring the Paladin on this adventure. This class is going to be best equipped for Lady Deathwhisper's one-way Equality, especially if there are Divine Shield minions and spells like Spikeridged Steed handy. Be sure to pack Tirion Fordring and Wickerflame Burnbristle, along with other neutral Divine Shield minions like Sunwalker.

The main focus should be on keeping Valithria attacking, so on top of healing minions, keep Divine Shield on her by using Argent Protector and Seal of Champions. If Valithria takes damage, heal her with Earthen Ring Farseer or Hozen Healer.

That's all for this week. Shacknews will be back next week for a look at the next round of bosses, as well as some early strategies to shoot for when facing off against them. Good luck, heroes! And if anyone finds more effective strategies, join the conversation and leave them in the comments.