Street Fighter fans raised some eyebrows after laying their eyes on Abigail for the first time. He sure was big, but more than that, he looked strangely proportioned. He's been billed as Street Fighter's largest character ever, which makes sense given that he's mostly torso.

But enough of how he looks, how does the former Final Fight boss play? Abigail hit Street Fighter V running (literally) a few days ago and Shacknews took some time to research and get to learn his style, to see how he holds up in both casual and competitive circles. 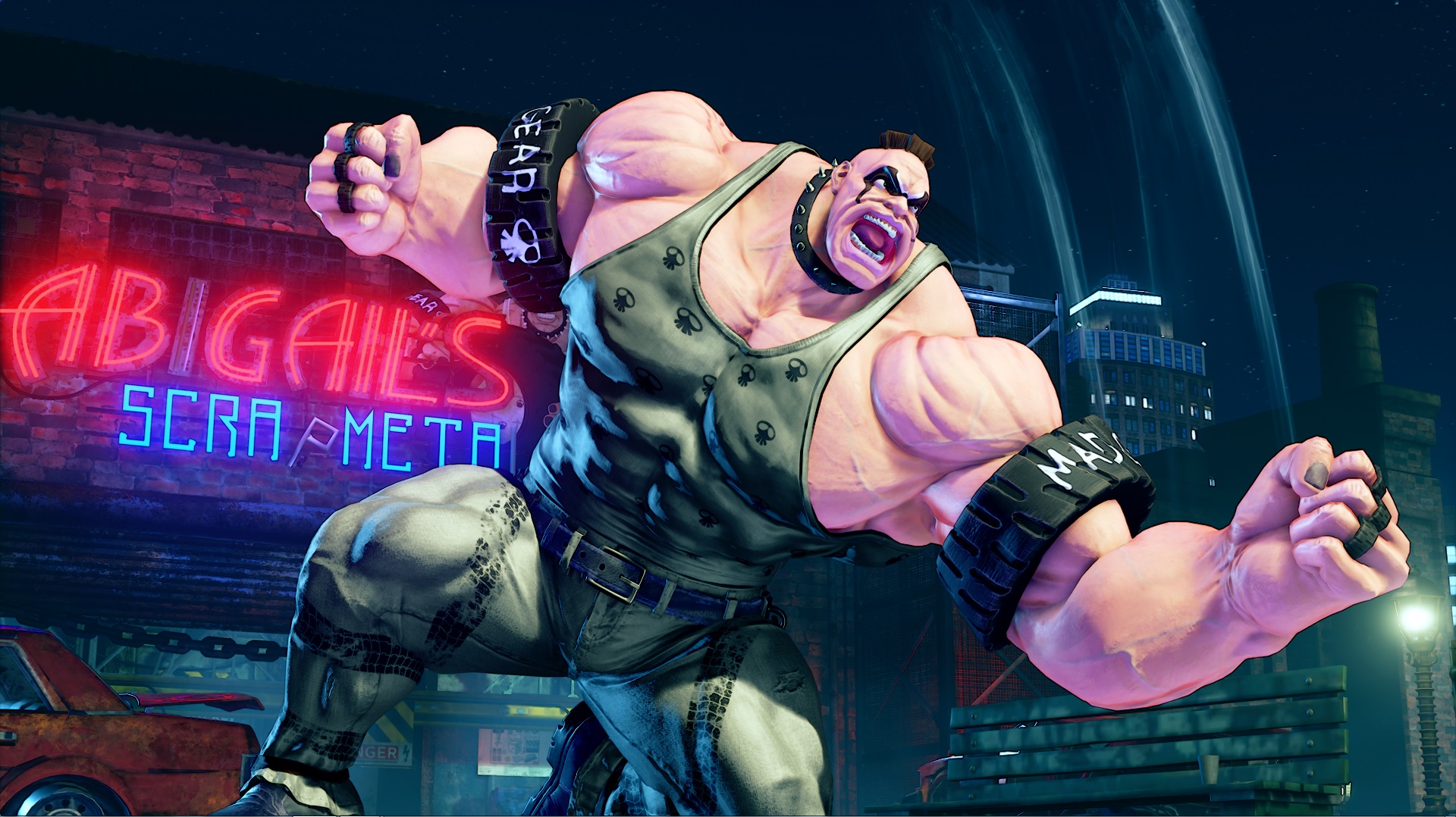 Casually, Abigail will be an enticing option for many players. His size makes him feel like a spiritual successor to Hugo, another Final Fight baddie from back in the day. The main difference here is that Hugo was more of a grappler, closer to Zangief. Abigail, on the other hand, is a mack truck, eager to steamroll his opponents. And because of his size, he takes a lot of punishment before he goes down.

As one would imagine, his massive size gives him a massive reach advantage. Abigail's down roundhouse is a rolling nightmare, covering a large chunk of the screen and should be a go-to move for most folks starting out. He's got a quick jab combo that's easy for first-timers, though his medium punch will end up being his bread and butter, since it can often combo into other moves.

What doesn't get as much reach as expected is Abi's Hungabee V-Skill. This knocks opponents for a loop and leaves them briefly open for any follow-up attack. It is very easy to miss with this move, though, so take some time to practice it. Anyone that can master it will become very dangerous.

His Nitro Charge move is the one that players should familiarize themselves with the most. By holding two kick buttons, Abigail takes a stance and charges forward. This gives him numerous options, which includes a flip dive that can knock over the opponent like a bowling pin. His command grab options from this move are also fun, where he simply chucks his foes into the air and lets them drop. The EX version of this move is a simple press of the L2 button and it is given enough armor to withstand a couple of hits, allowing Abigail to pull off his grabs.

Abigail is one of the slower characters on the Street Fighter roster, but he has a few ways to compensate. Feel free to use his backdash (off of his Nitro Charge) liberally to try and keep opponents on their toes.

We recently gave Abigail a look, from the casual perspective, and he's definitely a fun character to play with.

Professional Street Fighter V players from across the globe have also been experimenting with Abigail to see what he can do. Some of their findings have been immensely fascinating, but one of the early conclusions from these players is that Abigail's Critical Art not only hurts a lot, but it's got a crazy reach. Eduardo "PR Balrog" Perez noticed this early on.

Speaking of Street Fighter legends, Daigo Umehara has given some of Japan's best players a forum to try Abigail out, through his venture, The BEAST. Defending EVO champion Hajime "Tokido" Taniguchi and former EVO champ Yusuke Momochi offered up a demonstration of what the big man is capable of, reinforcing that he's got a wild medium punch confirm into Critical Art and some staying power against the shotos, like Ken and Ryu. They also show off some holes in some of the character's more vulnerable matchups, like Kolin, Nash, and Guile. Although it's hard not to admit that Momochi hitting Critical Art and cutting right through Guile's V-Trigger is awfully impressive.

More playthroughs from pro players like Bryant "Smug" Huggins, Lee Chung "Poongko" Gon, and even Daigo himself are up on The BEAST right now.

Street Fighter players, how are those first few days with Abigail going? Join the conversation and let us know in the comments.