Wolfenstein 2: The New Colossus had E3 abuzz with its customary over-the top action, wounded hero and crazy plot points. So why not capitalize on the strong showing by revealing the planned DLC for the game well in advance of the game's release in late October? Welcome to The Freedom Chronicles Season Pass.

The pass will include three pieces of DLC, each focused on a different hero:

In addition, if you pre-order, you will get access to Episode Zero DLC, which will set the stage for the three pieces of DLC, introducing you to all the characters and their various situations. Of course, if you don't pre-order, you can still get Episode Zero as part of the Season Pass.

The Season Pass will cost $24.99, and release dates will be sometime after the game hits shelves on PC, Xbox One and PS4 on October 27. Bethesda will reveal those dates further down the road, along will more details about each piece of DLC. 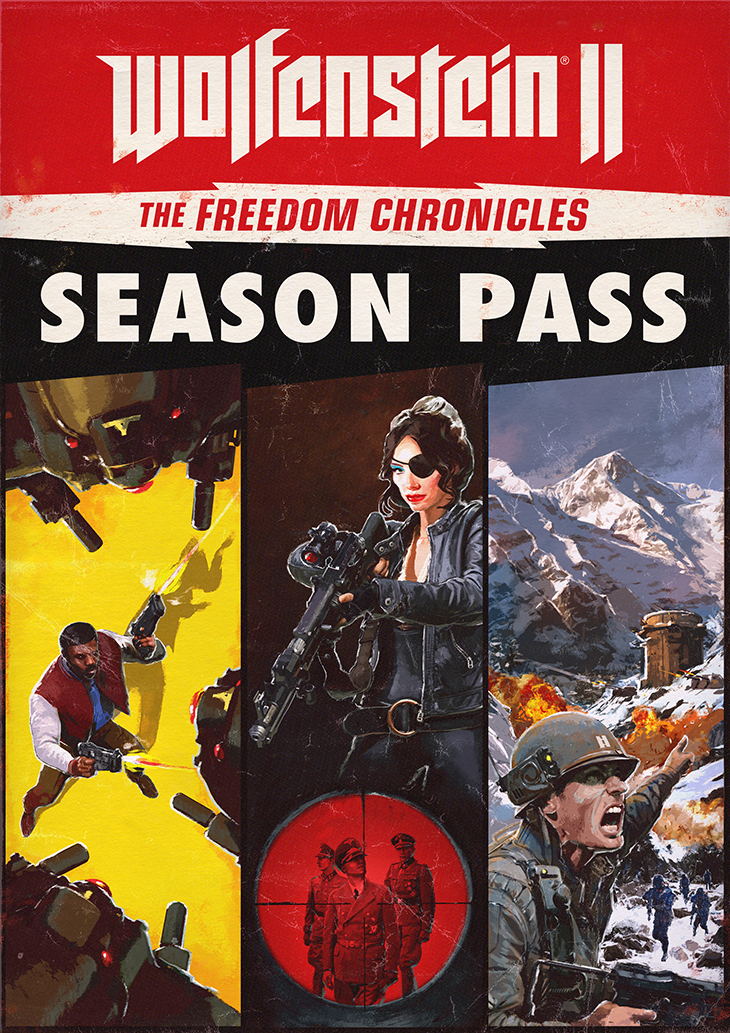