Music is usually an underappreciated aspect of games, sitting in the background to give ambiance to your play. But in some cases, great music can enhance it immeasurably. Blizzard has had some iconic themes in its games, from World of Warcraft to Diablo 3, StarCraft 2 to Overwatch. Unfortunately, the composer of much of that music is now out of a job. 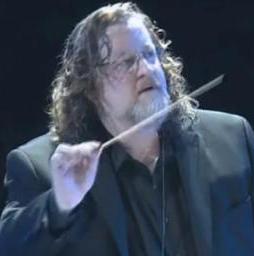 Russell Brower, Blizzard's senior audio director and composer, has been laid off because of changes to the inner workings of the sound and music divisions within the company. "I’m extremely proud of the amazingly talented team I helped build and the creative output we’ve accomplished together over these past 12 years," Brower wrote in a post on Facebook. "As the company has grown, the topography of the Sound team has adjusted accordingly, and the last couple of years have been no exception. With the success of a 'sound de-centralization' initiative, my current position of overall Sr. Audio Director/Composer is no longer relevant and is being eliminated."

Brower said that there is a chance he will continue as a freelance composer with Blizzard on future projects, and more will be known in the future. But for now, he is working to finish up a solo album that should be completed soon.

"I would like to express my heartfelt thanks to EVERYONE reading this: all of our Players, Music Lovers, and the countless new friends I’ve made worldwide, for the incredible and indelible life experiences I have enjoyed while at Blizzard," he continued. "Especially the Players - each of you have truly enriched our lives by playing our games, meeting us at #BlizzCon and #Nerdtacular, attending our music concerts the world over, enjoying our soundtrack albums and sheet music - the list goes on and on. We have so much to be proud of and I am truly grateful to each of you and to all my Blizzard colleagues for putting up with me over the last 12 years and teaching me so much."

if you can't recall any of Brower's music, World of Warcraft players will recognize the "Invincible" theme from Wrath of the Lich King. It was given special mention as being "imbued with emotion and portent" when his WoW soundtrack was inducted in the Classic FM Hall of Fame in 2014. Video Games Live played the track in 2013, with Brower directing the orchestra.