E3 2017: Breaking down the Spider-Man demo from the PlayStation E3 Press Conference

For Spider-Man fans, PlayStation E3 2017 press conference ended in the most exciting way imaginable. The friendly neighborhood webslinger sprung into action, swinging across Insomniac Games' vision of the Big Apple. While the game is not beholden to any sort of canon, there was still plenty for Marvel fans to get excited about.

As the doors open at E3 2017, let's take a look at some of the biggest takeaways from the new Spidey gameplay video. 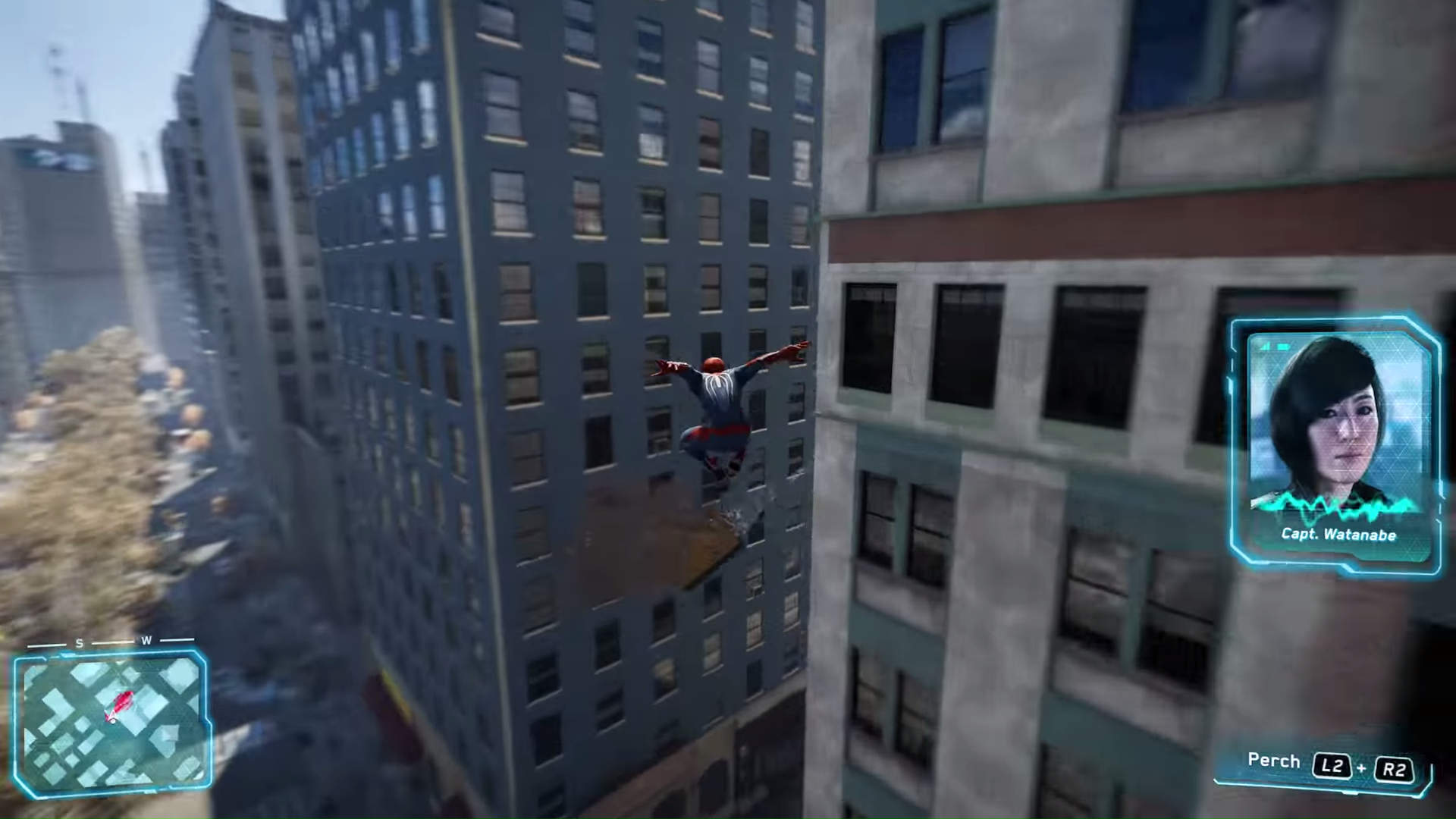 1. Radio Communication with the NYPD Captain

The first thing to note is that Spidey is not working alone. It's immediately established that he's in radio contact with Yuriko Watanabe, captain of the NYPD. This is interesting off the bat, because there's a sense that Spidey's legitimately working alongside the law and not just working as a vigilante. This is in contrast to some Spidey stories where he can run afoul of the police, particularly those that believe in J. Jonah Jameson's "menace" label.

Long-time comic fans will know that Captain Watanabe is a newer Spidey character, first debuting in 2009. She proves to be a valuable ally to Spider-Man through the next couple of years, but is gradually disillusioned by the system that allows criminals to escape justice and wind up back on the streets.

Yuri is also known as a vigilante named Wraith, the fourth such character to take up this mantle. She used the Wraith identity to dispense her own extreme brand of justice on criminals, which eventually put her at odds with Spider-Man. Spidey and Yuri are allies over the course of this demo, but it'll remain to be seen whether Yuri goes vigilante at any point during this story, especially given her history with the villain we meet later. 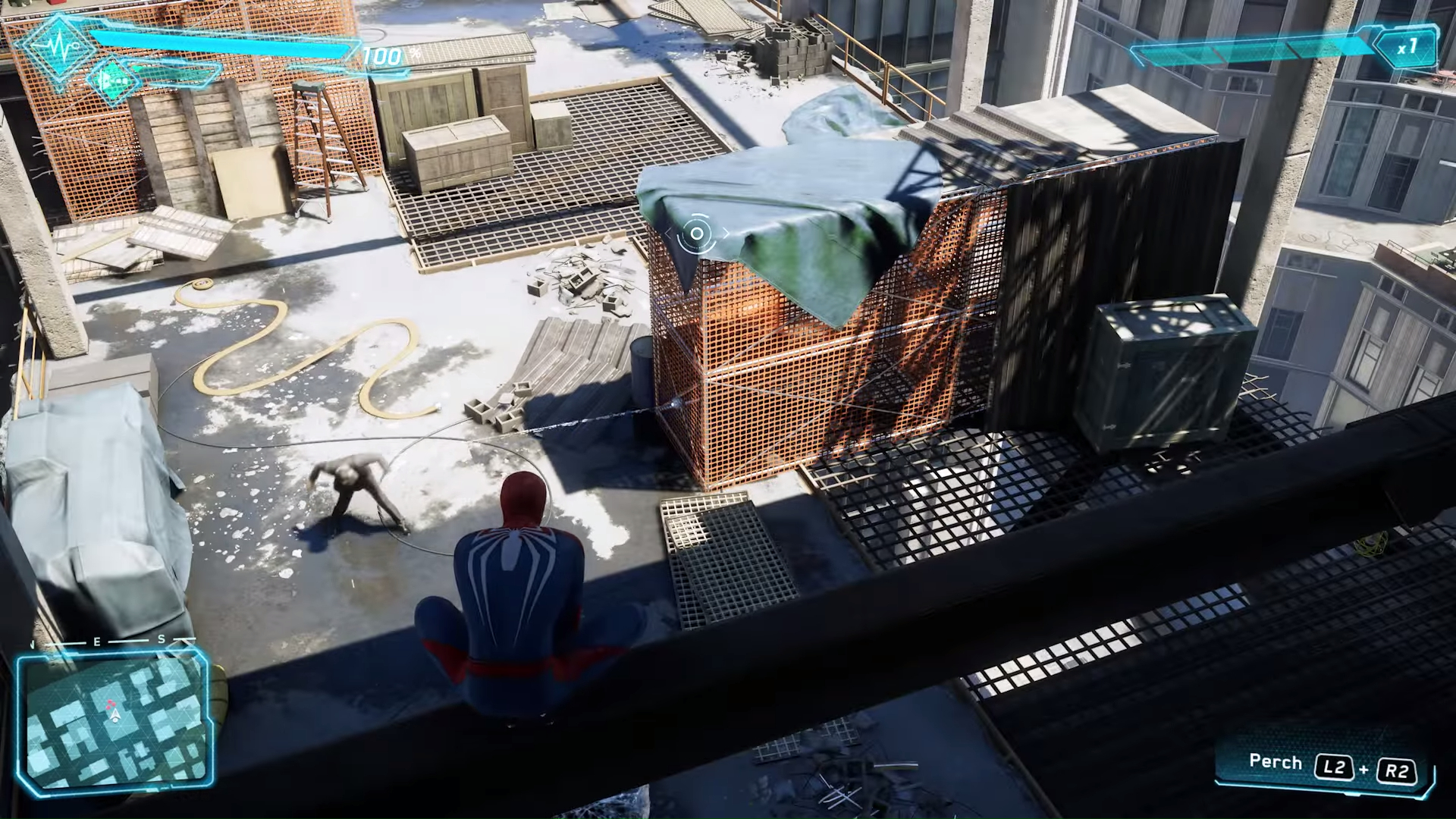 The Spider-Man game's combat will look familiar to anyone that has played the Batman Arkham series. There's a great emphasis on stealth, hiding behind foes and using the 'Perch' move (cued up by L2 + R2) to patiently wait atop objects. When the time is right, it's time to web up some bad guys.

Spidey's not short on ways to dispatch foes, either. On top of straight-up fisticuffs, the wall-crawler can also utilize gadgets, like a device that automatically fires a web line at any foes that walk by. He can also web up baddies underneath them and leave them hanging around. His super spider strength also allows him to utilize the environment to his advantage, swinging vehicles and girders around to knock out enemies.

For those that do opt to go toe-to-toe with enemies, button cues (cued up by his Spider-Sense, naturally) allow Spidey to perform combos. He can also finish many of those combos by automatically webbing up enemies against the ground or walls. It's a tried-and-true combat formula, but one that absolutely fits with Spider-Man's power set. 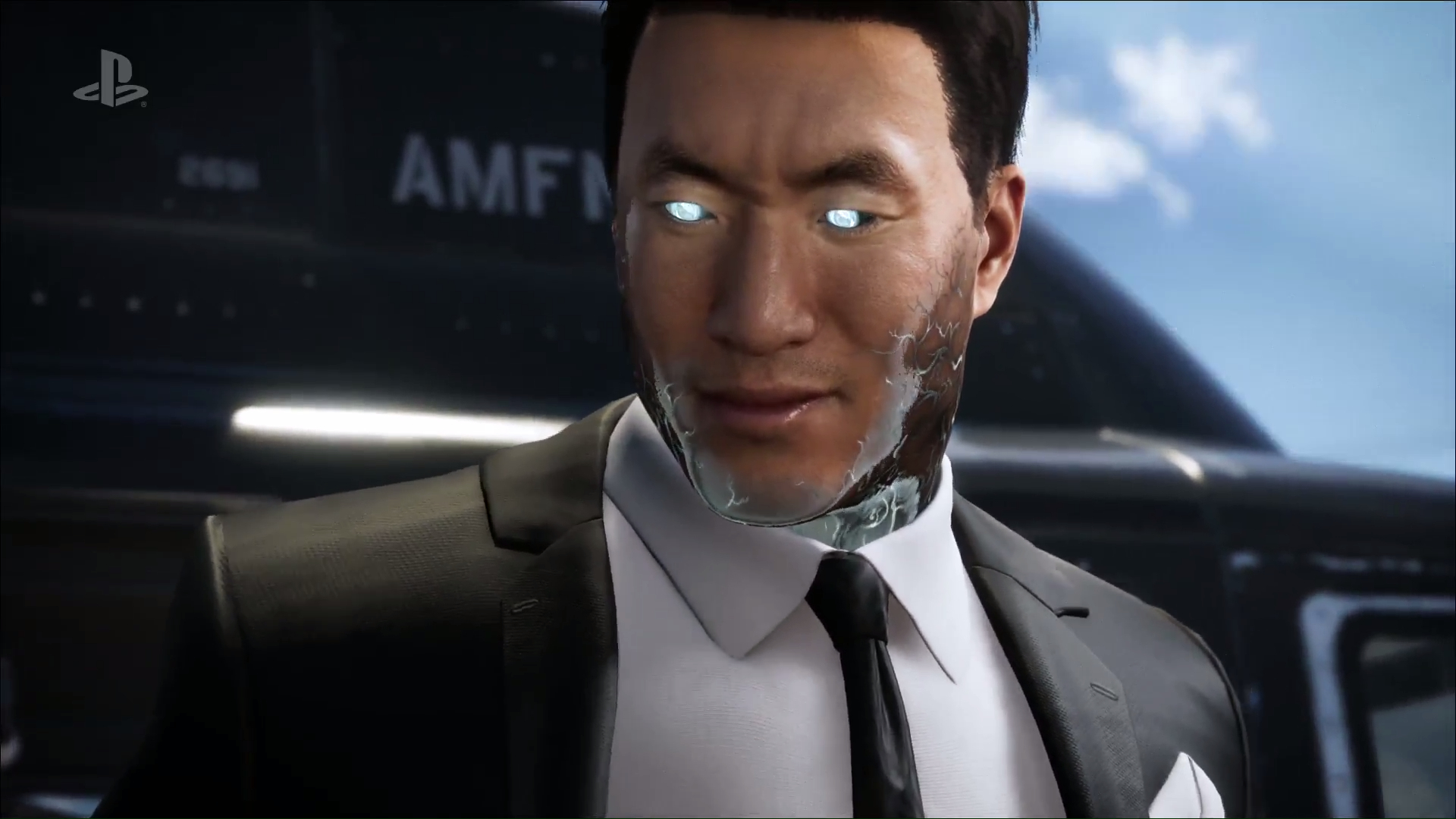 This was a pleasant surprise, because it's not that I don't like the classic Spidey villains, like Doctor Octopus, Venom, and Mysterio. And let's face it, they might still be a part of this game when all is said and done. But the revelation of Mr. Negative (a.k.a. Martin Li) as one of the Spider-Man game's main villains was one of the coolest moments of Monday night's demo.

If that name doesn't sound familiar, there's no shame there. Mr. Negative is a recent addition to Spider-Man's rogues gallery. Following the "One More Day" story in the comics where Peter Parker and Mary Jane Watson's marriage was erased from history, writer Dan Slott was tasked with essentially giving Spidey a new beginning. Part of that initiative involved a slew of new villains. A majority of those villains (Freak and Menace, to name a couple) came and went quickly, but there was an intriguing element to Mr. Negative that gave him some staying power.

Martin Li was a kindly philanthropist that ran a homeless shelter in New York. However, Li was part of the drug experiments that made fellow Marvel heroes Cloak & Dagger, with Darkforce drugs giving him a distinct and dark persona. This persona would be known as Mr. Negative and under this guise, Li would take over the Chinatown crime scene. Mr. Negative fit the organized crime side of Spidey's villains like a glove and gave him a sustainable role in the comics going forward, with Negative also fitting in well as a foil for some of Marvel's other street-level heroes.

Li's "Negative touch" also gives him the power to recruit minions to his cause, hence the "Demons" that were serving him during Monday night's demo. This is a great way to explain the numerous disposable baddies that Spidey faces off with over the course of the game. Negative's forces can expand to the hundreds and make him a very dangerous threat to both Spidey and to Wilson Fisk, the Kingpin. Monday's demo might even hint at a greater turf war between the villainous gangs of the Marvel Universe, with Spider-Man caught in the middle. 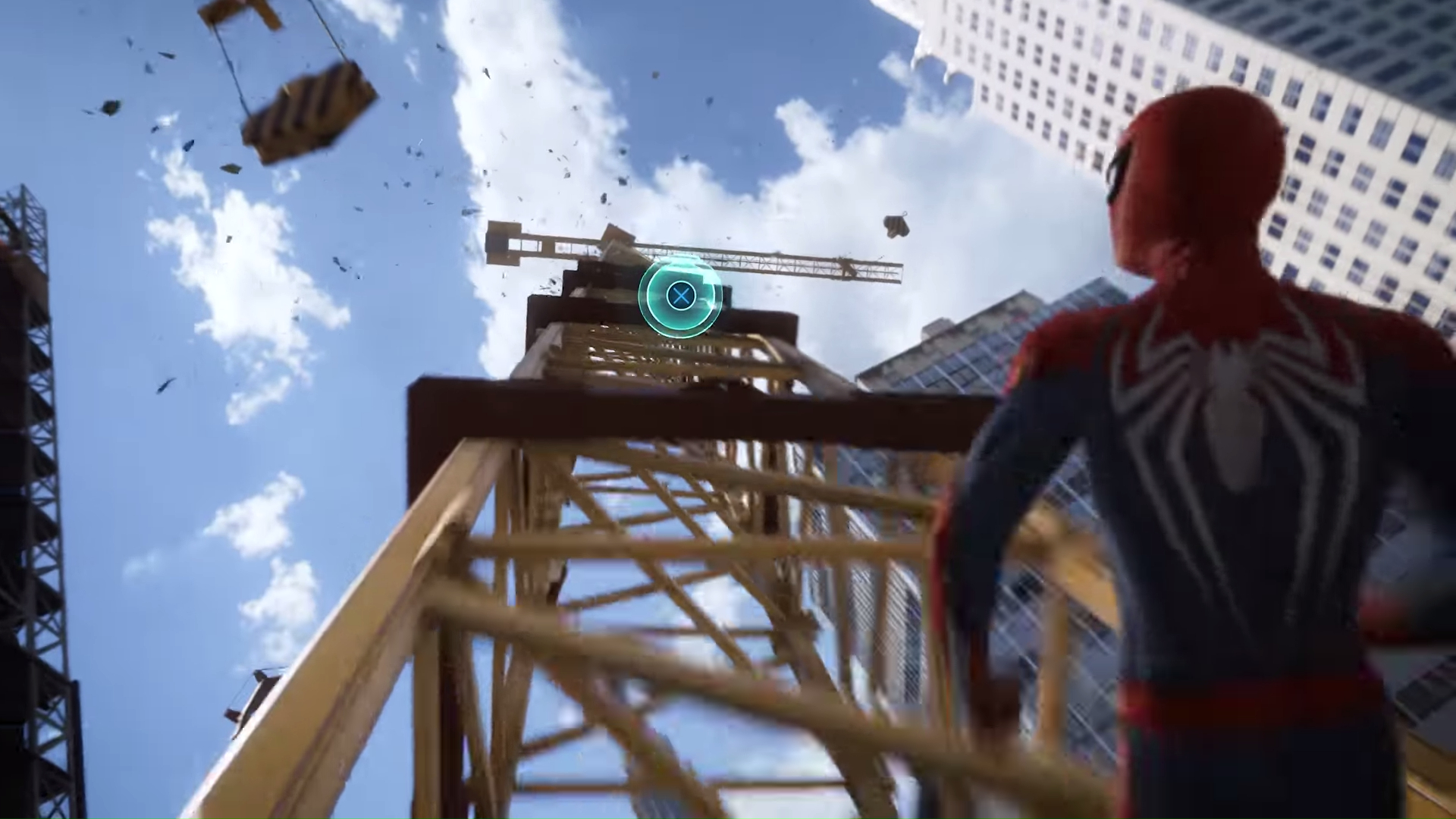 4. The Action Ramps Up

As Mr. Negative attempts to escape on his helicopter, Spidey gives chase. But he must make sure to prevent falling objects as he goes, which leads to that old video game staple: quick-time events. It looks like players will rely heavily on these timed button presses to get through certain sequences, especially when time is of the essence and civilian lives are on the line.

From there, it's all about giving chase. Spider-Man can be seen webslinging seamlessly across the city. Even as he swings towards a building, he quickly runs across the wall without losing speed. There doesn't seem to be an aiming mechanic involved, it's just a matter of shooting a web into the air and swinging.

Web swinging is the most essential mechanic to any Spider-Man game and it looks like Insomniac is keeping things simple. There doesn't look to be any issue of overthinking a web swing and motion looks to be maintained throughout the process. Seeing this further raises curiosity of how big the game's world will be, because it looks like swinging through it will be a blast. 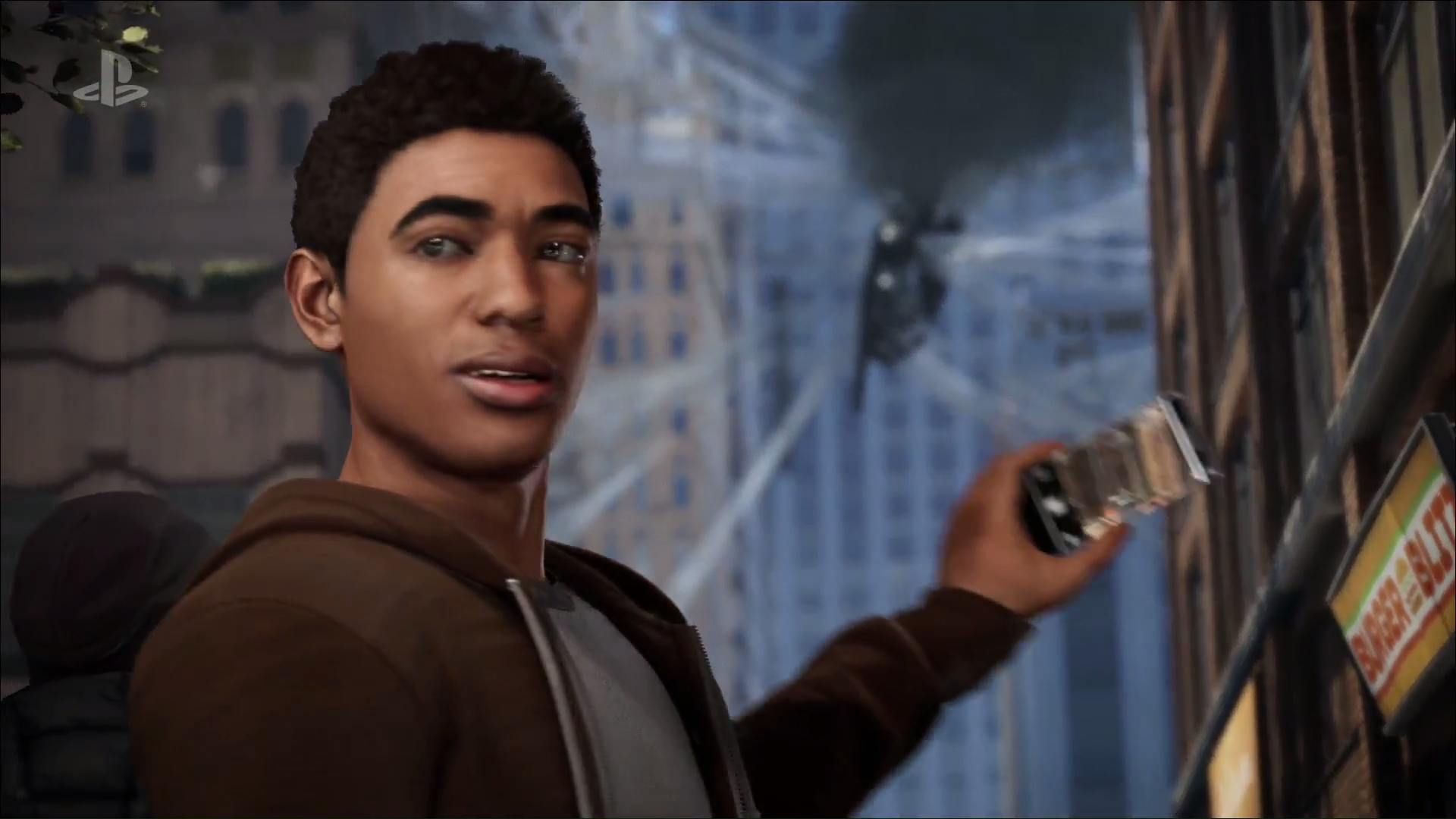 There's something funny about the fact that even PlayStation press conferences appear to follow the rule of requiring post-credits teases. Yes, there was one following the Spider-Man demo that featured a certain "Miles" taking a picture of Mr. Negative's webbed-up helicopter.

For those that have read the old Ultimate Spider-Man series, that's Miles Morales, who took up the Spider-Man mantle in the Ultimate Universe following the death of that world's Peter Parker. The Ultimate Universe has since closed its doors, but Miles Morales remains an active part of the present-day Marvel Universe. He has even found his way to other mediums, becoming a supporting character in the Ultimate Spider-Man animated series and a part of Gazillion's Marvel Heroes 2016 MMORPG.