With 2013's Injustice: Gods Among Us, NetherRealm Studios showed it was more than capable of putting together a solid fighting game featuring the DC Comics pantheon. More than that, the developer capably made it stand out from sister franchise Mortal Kombat with its own distinct features and mechanics. For an encore, Injustice 2 further builds on the foundation set by its predecessor and steps forward as a truly superheroic effort. 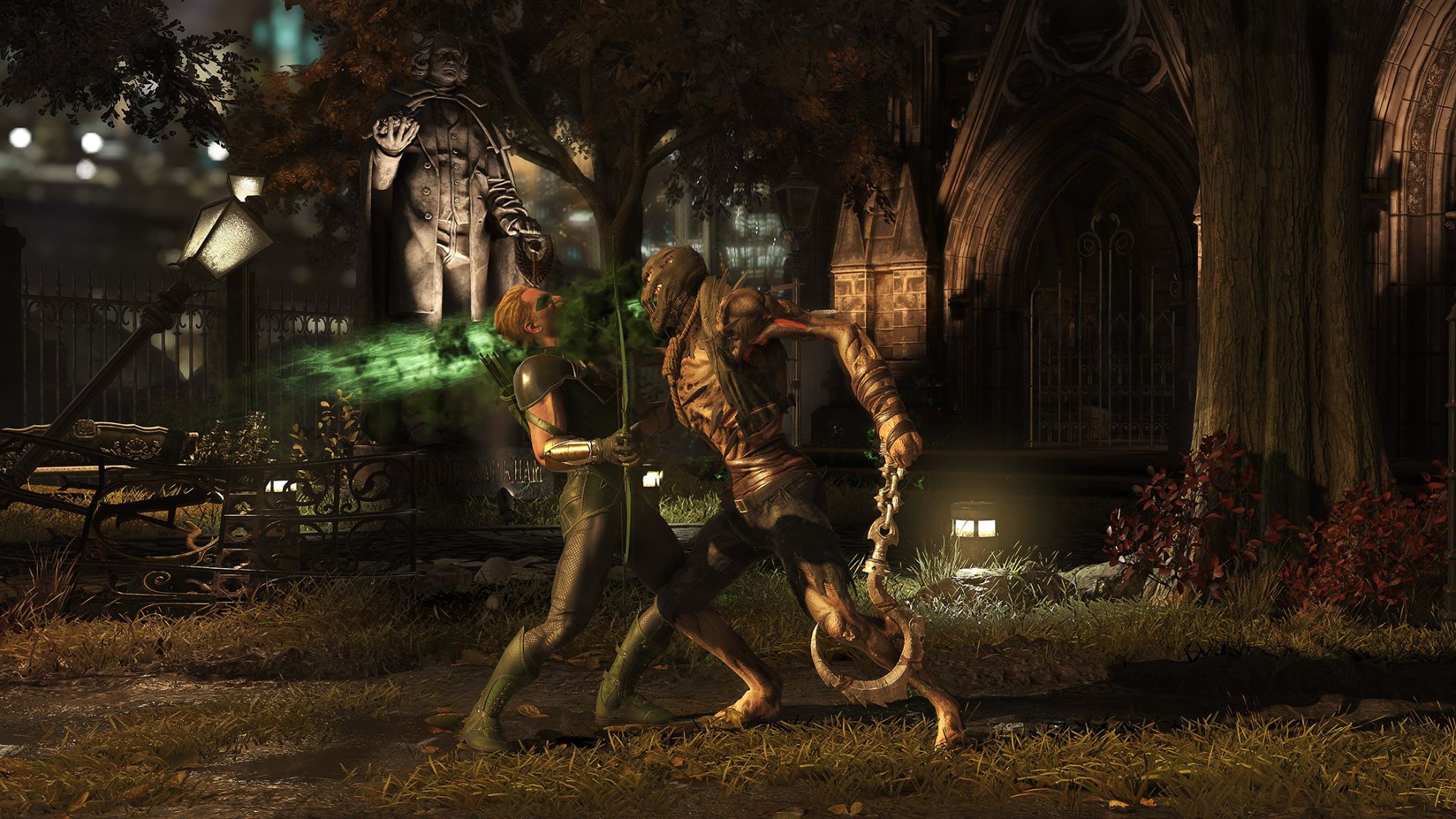 The original Injustice featured a grand DC Elseworlds narrative of a world ruled by a totalitarian Superman and while that plot featured several twists and turns, Injustice 2's Story Mode seamlessly continues this tale with an easy-to-follow recap. Injustice 2 takes place in a post-Regime world with Superman safely imprisoned and Batman desperately trying to pick up the pieces of a world still shaken to its core. His efforts are quickly stalled by a supervillain gathering, the Injustice world's take on the classic Society, which would herald the arrival of extraterrestrial threat and perennial Superman baddie, Brainiac.

With Batman's team overwhelmed, there's a certain pattern the narrative starts to follow. The heroes have had their differences and it looks like now it's time to come together to take on the real villains. Then everyone hugs it out and everything's okay again? In actuality, much like the rest of NetherRealm's Injustice narrative, things aren't that simple. The story that unfolds surrounds the increasing complexity of the classic good vs. evil conflict, as well as what it means to truly deliver justice. It's an eye into Batman's perfectionist (and somewhat naive) view of what justice should be. It's a continuing look at why Superman has pursued the path that he has (albeit one that does Wonder Woman's character a disservice by making her into a Lady MacBeth type). But more than anything, it's the desire from all sides for things to be the way they were and the heartbreaking realization that there is no going back. Fixing things isn't as easy as remembering that everyone's mother happens to be named Martha.

Of course, between all the deeper themes, there's an outstanding, action-filled superhero story that culminates in epic battles unfolding through cutscenes and through standard gameplay.

One big improvement from the first Injustice game is that the quick-time events of the original story are gone. Instead, they're replaced with chapters that center around two characters. Whenever a fight is cued up, the player selects between one of the two heroes, with some of the story's dialogue unfolding differently depending on the character chosen. The choices take a much more extreme turn towards the end of the game, but the story remains cohesive throughout. 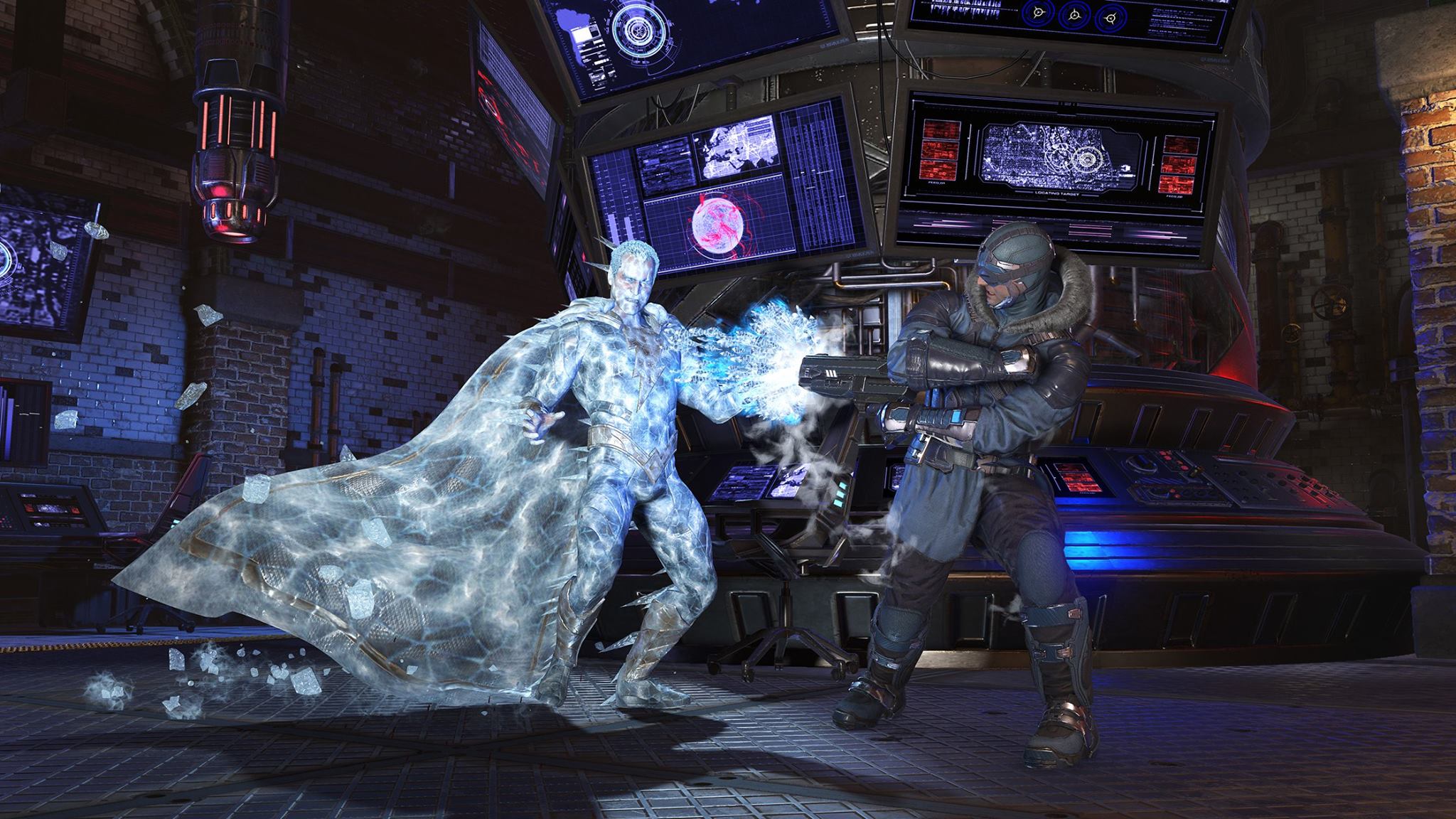 Besides the Story Mode, Injustice 2 also offers the standard single-player mode, but this one comes with a bit of a twist. Playing off the Brother Eye satellite used in the game's story, Multiverse mode offers up contains the standard Arcade mode, where players take on one opponent at a time. However, there are also other Earths that open up with different scenarios and different opponents. Beyond having their own versions of the game's fighters with their own distinct looks, Multiverse mixes things up by occasionally tossing in game-altering conditions, like hazards, boosts, or souped-up opponents.

Multiverse is a great example of using an online connection for something positive, adding in new worlds every day with a finite time to complete their missions and collect their rewards. Some of those worlds have rarer rewards that are worth pursuing. The game even offers a social element to help make Multiverse hopping a little more fun with the Guild system, where groups of friends can earn rewards by completing specific Multiverse tasks. The whole Multiverse package is a robust expansion of the Arcade Mode concept that gives it a much longer life, though anyone with an offline connection can still play the normal Battle Simulator.

Let's discuss those Multiverse rewards. They come in the form of Mother Boxes, as Injustice 2 is the latest game to get into the mystery loot craze. With a full comic book universe to play with, the Mother Box rewards dig into the rich DC Comics lore and give each character a dapper new look. The most interesting element, however, is that each piece of gear offers RPG-style boosts. Some of them offer advantages specifically for Multiverse Mode, while others can help give a little boost during multiplayer. What makes the gear system particularly cool is that it gives the sense that a player's fighter is progressing and growing over the course of invested hours. There's a sense of something to aim for, in addition to the usual character ending and the like.

The one problem with the gear system is that oftentimes, a cool Epic or Legendary item will get opened up, but won't be accessible until that particular figher levels up. And sadly, the characters level up about as slowly as the Batmobile with a flat tire. Getting to actually play with that awesome piece of gear will mean hours of grinding and that's when the Multiverse can start to feel tedious.

There's a sense of accomplishment once that gear is finally available, especially for those that want to take it online or assign it to an AI squad that can fight other players' AI squads in simulated combat. The latter is a particularly nifty feature that adds a fantasy element and a cheap way to earn extra experience or loot.

Of course, those that are looking for a more even playing field can also play multiplayer without gear benefits. After all, some people just want to see who's the better player without fancy toys.

Speaking of Injustice 2's fighting system, it feels like a further evolution of NetherRealm's distinct fighting style. A friendly tutorial explains everything in great detail, gently explaining how to perform combos, overheads, throws, specials, and anything else required of a NetherRealm fighter. Dashes and slides can cover much more ground, with environmental cues also helping cover a full screen's worth of ground in a moment, helping quell the rise of trigger-happy projectile spammers.

Given that combos are often the bane of the novice's existence, Injustice 2's eloquent explanation of the overhead and other moves that bounce opponents off walls is a godsend. The game encourages players to experiment with juggles, whether it's a simple light attack combo or a cool special move that catches an opponent in mid-air. This complements the rest of the game's mechanics smoothly, including the theatrical Super Moves and the returning Clash system. The latter goes a long way towards giving the game its identity, even if they start to feel old upon repeated viewings.

Injustice 2 feels like a step up from Gods Among Us in every way imaginable. It's a far deeper experience, follows up wonderfully on the last game's story, and also gives reasons to keep coming back for repeat visits. The rich cast of fighters all have their own distinct styles, but they're all wrapped up in an easy-to-learn fighting system that's just plain fun to play. NetherRealm has a true grasp of what makes the DC Universe special and this game is as much of a love letter to that world as it gets.