I’ve never read any of Robert Kirkman’s stuff, and was pretty mixed on The Walking Dead’s television adaptation. I decided to check out Invincible about two weeks ago and have just been absolutely blown away.

People often talk about having “superhero fatigue,” and I think Invincible is a great example of how you can still keep the genre fresh. It’s got interesting characters, unique themes, and an incredible ongoing mystery. The show plays on so many superhero tropes in ways that feel cool and inventive, rather than tired or generic. The animation style is also quite gorgeous, and one that I’d like to see more shows use down the road. 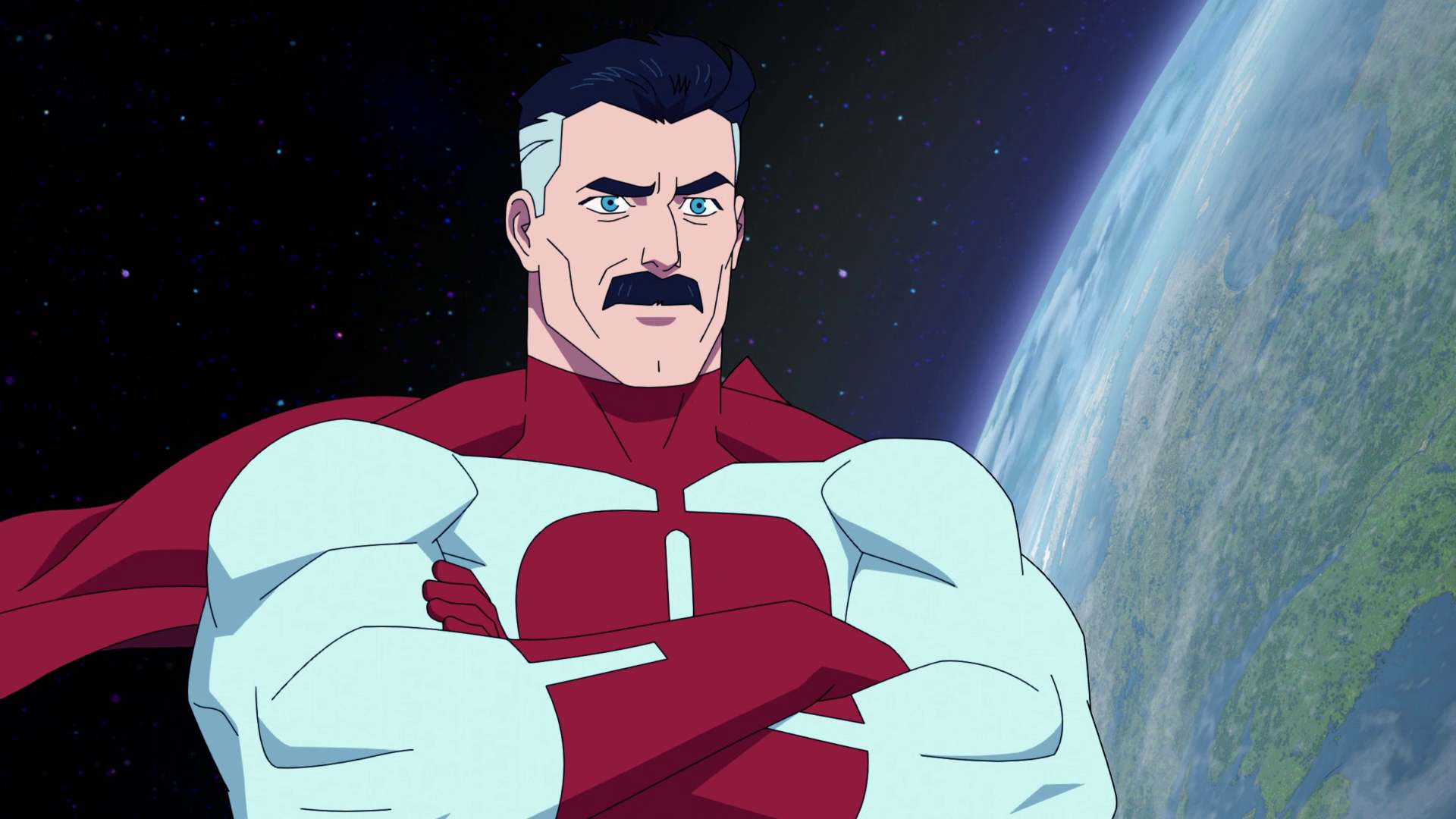 For as well-written as Invincible is, a lot of credit is due to the star-studded voice cast. Steven Yeun is excellent as Invincible, and is surrounded by some great supporting talent. J.K. Simmons, Sandra Oh, Gillian Jacobs, Mark Hamill, Jason Mantzoukas, Khary Payton, I mean the list just goes on and on. People often criticize animated projects that opt for traditional actors instead of trained voice talent, but there’s not a single actor in Invincible that doesn’t knock it out the park.

We’re seven episodes in, and the season finale is set to premiere this Friday. Best believe I’ll be up watching it at the crack of dawn before I get started on work. I’ve stayed away from the comics to let myself enjoy the show as a fresh story, so I have no clue where the series could go after this season. I’m hoping to hear an announcement of a second season soon! This show is too good to be one and done thanks to poor viewership or some other bs.

Have you been watching Invincible? What do you think? Haven’t seen it? Do better, fam.