I started as a professional writer in 2004, working pro bono for a now-defunct site called mygamer.com. I was paid in retail games and the occasional demo discs. The latter might seem poor payment, but, hey, they were demo discs I didn't have, and playing demos meant more content for articles. I wanted two things from my "job" at mygamer: to play games, and to write about games.

Months later, I threw half a dozen MyGamer articles into something resembling a resume and submitted it to Shacknews.com, which was in the market for a columnist for its Late Night Consoling column. I read the column but didn't comment; I was there to read the words of Jason Bergman, who was leaving the site to begin his career on the PR side of games. I got a phone interview with Steve Gibson and Maarten Goldstein (at least I think Maarten was on the line; these memories are going fuzzy). Steve said, "Uh, okay, I guess I should ask you some questions?" and listed off game titles to find out if I could name their designers.

I got stumped on Dead or Alive. I loved DOA 2 Hardcore on PS2. It and Soul Caliber on Dreamcast were the only 3D fighters I enjoyed; this small-town boy was raised on a diet of Street Fighter and Mortal Kombat. I learned in school never to leave a question blank, but I blanked on DOA's designer. A few days later, Steve emailed me to let me know the position had gone to someone else. I was bummed, but continued reading Late Night Consoling. I was a Shacker. A lurker—a dirty, dirty lurker—but a Shacker. 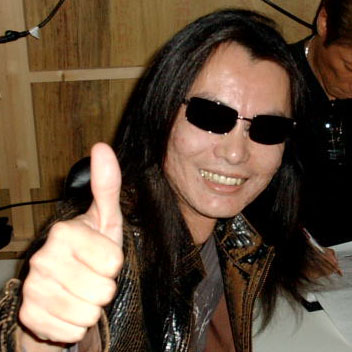 A year or so later, the position of Late Night Consoling Editor opened up again. I applied again and scored another phone interview. This time I was ready: "Tomonobu Itagaki," I answered when Steve posed the same question. (They may all have been the same questions. I only remember that one because I would not stare dumbly while that fastball flew over the plate again.) Once again, I came in second. A guy named Chris Remo got the job. Maybe you've heard of him.

I was deflated, but not for long. This time was different. When Steve emailed me to thank me for applying, he admitted that winning two silver medals in the Shacknews Job Interview event was impressive, and offered me a position as an editor. I would be a freelancer, and would write reviews and interviews to fill out the site while Remo chased bigger stories.

I was elated, but dear reader, I was also green. I got paid by the article, so I wrote lots of articles. Mostly interviews, and most submitted emailed to developers. My questions were stock: What kind of guns will your game have? What's the story in this sequel? What are the controls?

P.U. What stinks, right? Me. I stunk. I knew I stunk. I also knew I enjoyed writing and wanted to get better. And every now and then, I'd see a glimmer of potential. A diamond buried deep under rough.

One article stands out, a preview of S.T.A.L.K.E.R. in which I told a story about surviving a battle alongside one comrade—a comrade who had a shotgun. I didn't have a shotgun.

Shack's been through so many redesigns, many of which killed links to older content. I dug through my archives and took a snapshot of the portion of the article I was proudest of: 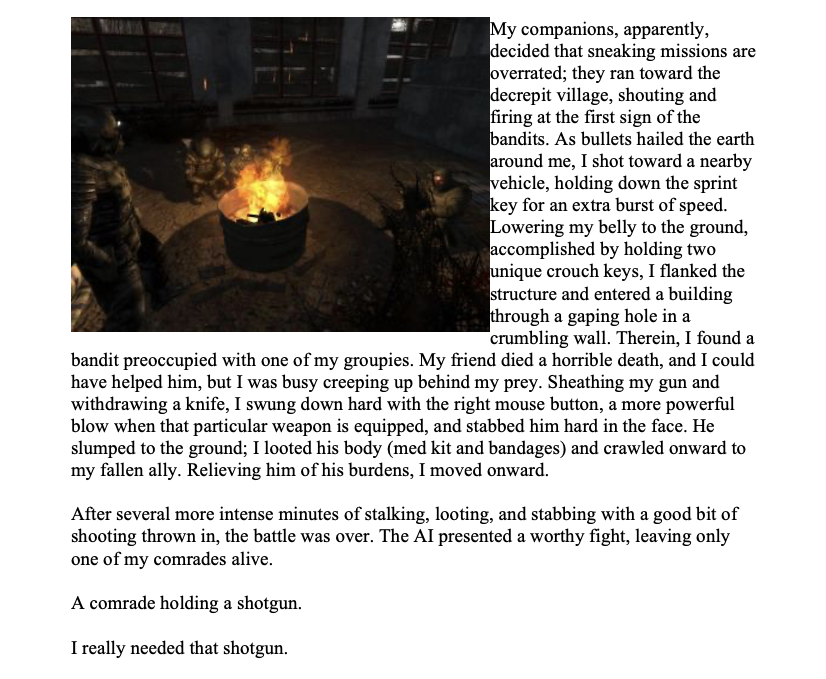 Things rolled along until the spring of 2007, when Steve called and said he and Maarten were evaluating Shack's current writers. "Don't go buying a house or anything," he said. The roster at the time comprised Chris Remo and me, and I knew Chris was fine. More than fine. I stood on shaky ground.

A few weeks later, Steve called again and said he had decided to let me go. I had potential, but although I published lots of articles, I shouldn't mistake quantity with quality. I'm paraphrasing, but those were close enough to his exact words.

I wasn't offended or hurt. I was disappointed, because I loved writing for Shack that much. I also knew he was right. I never intended to crank out articles and get a paycheck. I wanted to improve, but I was a slow learner. Chris Remo devoted all the time he could to giving me feedback; unfortunately, I was more rock than sponge back then.

I struck out on the freelance circuit, a venture that took my wife and me out west. I wrote articles for magazines such as Official Xbox Magazine and PlayStation: The Official Magazine; online outlets such as Games Radar, and a brief stint writing about green technology for a website. I viewed every assignment as an opportunity to grow, and I did. I could feel myself leveling up with every published article. My focus was on writing. I loved games, but I couldn't make a living playing video games all day. (Streaming wasn't a thing yet, and to be honest, I wouldn't have wanted that for myself anyway.) I loved the writing.

Two major breakthroughs occurred. The first was steady freelance work from GOG.com, which wanted retrospectives alongside their new (old) releases. They coordinated interviews for some pieces; when they couldn't, I did my homework. I outlined and wrote articles I felt proud of, and received great feedback from the GOG community, and from the team. My features went over so well that they scheduled one, a look back at a King's Quest—I don't remember which, but it was 4, 5, or 6—as a special feature published during a Christmas countdown of new games and articles.

The second was my determination to become an author. Anyone who writes is a writer. If you want to write books, you need to… write books. Anticlimactic, but true. I wrote a book about renewable energy that I won't link to here because it was my first book and thus mostly terrible. My second book was Stay Awhile and Listen: Book I.

After nine years of freelance articles and half a dozen books under my belt—some self-published, some sold through traditional channels—I heard about Ozzie Mejia leaving Shacknews in March 2016. I got in touch and asked him who I should talk to about applying. He pointed me to Steve Watts, then EIC, and Asif Khan.

A couple of weeks later, I joined a phone interview with Asif and Steve. Asif and I hit it off. Steve squeezed in questions between Asif and me talking about our fandom for Nintendo, classic PC games, and where we wanted to see the industry go from there. A week after that, I received an email from Steve informing me I was hired, and that my first day on staff would be April 1. Luckily, he wasn't joking.

I spent my first year at Shacknews writing news stories. That fall, Asif and Steve called me again. Asif was evaluating the team to see where everyone fit, and he wanted me on in-depth features. A few months later, in the spring of 2017, he flew with me to GDC to film interviews with Hugo Martin and Marty Stratton on the making of Doom (2016); that material, along with interviews I conducted on my own with John Romero and a few other folks, became the foundation for Stairway to Badass, my first publication as the newly minted long reads editor at Shacknews.

I closed the circle, but I'm not done yet. Asif is still paying me to write long reads—a dream job I hope to continue doing as long as he and the Shacknews Chatty community will have me. 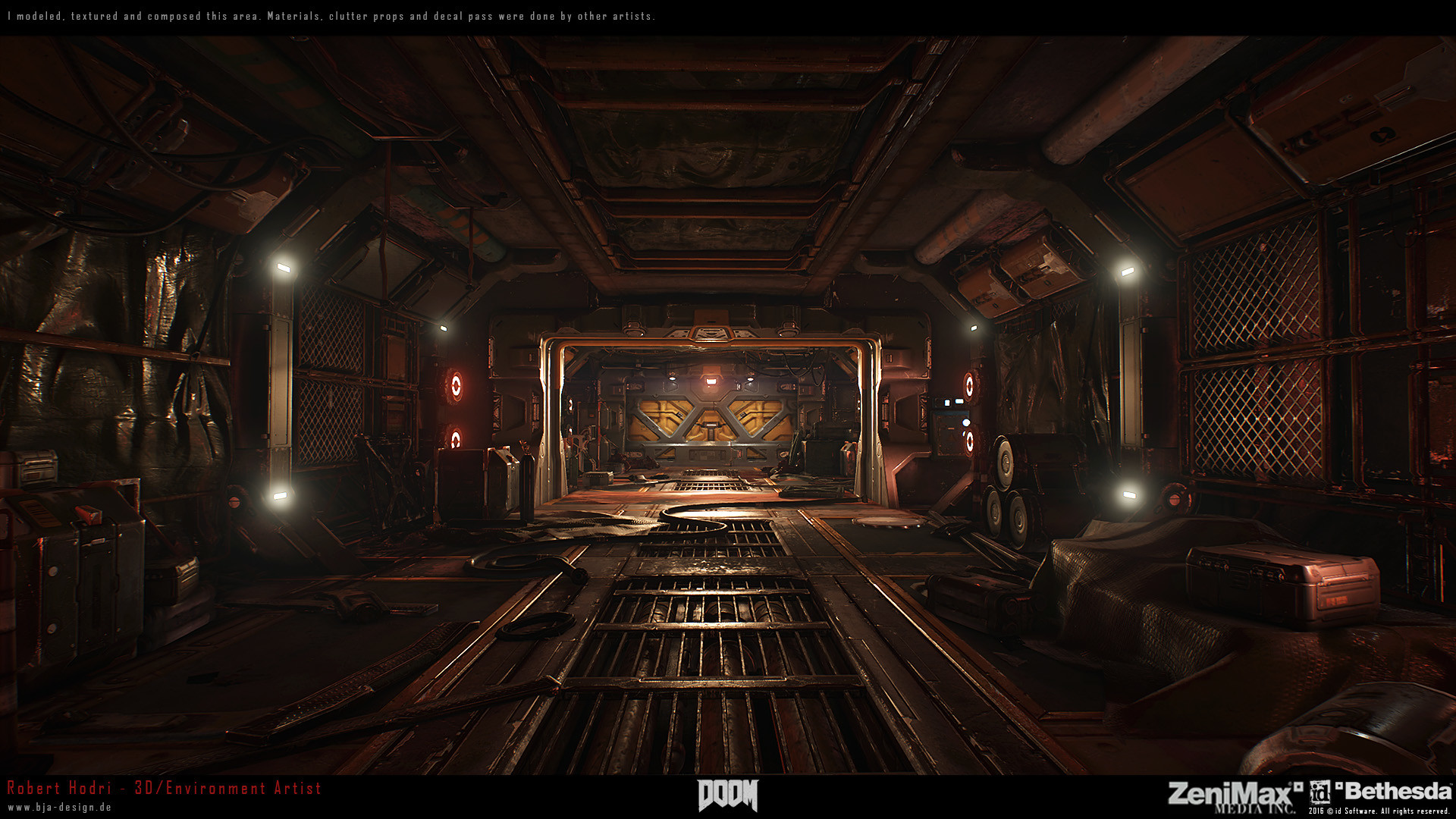 I'll close with my top five long reads I've written since that first publication in 2017. This was a difficult list to narrow down. Every book—and that's what these are—is like a child to me, and I love all my kiddos. But if I absolutely had to pick favorites, they are, in no particular order (cheating? Too bad; this is my article):

• Rocket Jump: Quake and the Golden Age of First-Person Shooters – Described by Asif as the flagship long read of Shacknews.

• Beneath a Starless Sky: Pillars of Eternity and the Infinity Engine Era of RPGS – Arguably my most ambitious long read to date.

• Bet on Black: How Microsoft and Xbox Changed Pop Culture, Part 1 – Okay, so Starless Sky is my second-most ambitious long read to date.

• From Chaos: The Aspirational Storytelling of Life is Strange – I aim to do something different with each long read. For this one, I focused on narrative design and storytelling in games. Love how it turned out.

• Better Together: Stories of EverQuest – In the spirit of doing things differently, this long read alternated between the story of the classic MMO's creation and the spirit of community it fostered for its players.