Blumhouse knocks it out of the park

Blumhouse has been hit and miss, but mostly hit. I will even watch those ones they released to watch free with Amazon Prime. I saw Happy Death Day in a theatre, and really liked it despite it being PG-13. I imagined how much better it could have been if R rated, and, well, I kind of got my wish -- Freaky was helmed by the Happy Death Day director, and has a hard R rating for "strong bloody horror violence, sexual content, and language throughout." The result is full of win, and I like this movie even better than I liked Happy Death Day (which is similar in that it knows it's a comedy horror and doesn't take itself seriously).

The movie is a mashup of the Disney "Freaky Friday" movies, and Friday the 13th-style slasher movies (in fact, at one point they were going to name it "Freaky Friday the 13th"). It borrows from several 80s slasher films, while managing to stay inventive. An unpopular high school girl switches bodies with a deranged mask-wearing mass murderer. You can probably guess the rest. I did, and I WANTED TO SEE EXACTLY THAT.

It starts out stupid, throwing every lame overused horror movie trope out that it can, and at first I thought I was going to watch yet another Scream wanna-be with 25 year olds portraying teenagers. Because that is exactly what I was watching. But then the "body swap" takes place early on (the movie wastes very little time), and everything kicks into high gear for a nonstop thrill ride. Wow I just used the most cliche movie review line EVER :O 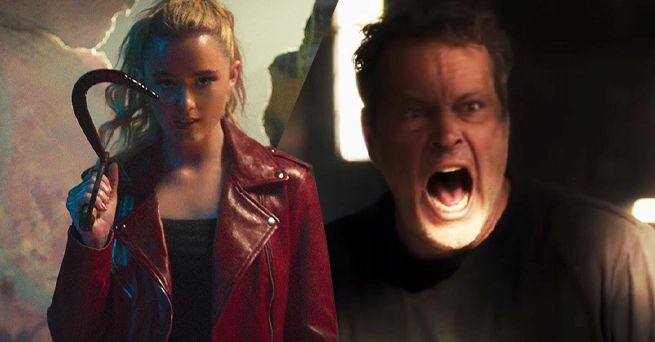 Aside from the gore (which at one point was surprisingly extreme), the highlight of this movie is Vince Vaughn's portrayal of a teenage girl, and his switching between the two roles he played was entertaining and impressive. The lead actress was no slouch either.

It is full of glaring plot holes, but so was the Saw series, and I love that. Don't overthink horror movies people! It is also fairly predictable, but sometimes I want that. I don't recall any slow parts, in fact here were other parts I wish they had fleshed out a bit more. But I was thoroughly entertained to the point where I mostly forgot to eat the popcorn I had made.

Anyway, if you want stupid, gory, hilarious fun, check it out. It is available for rental at amazon, but I got the disc from a Redbox for less than half the price.