With supply constraints limiting the ability for many to obtain a PlayStation 5 or Xbox Series X, it's more important now than ever to maximize the utility of our previous generation hardware. Thankfully, a number of developers have been actively addressing this gap to ensure that the unlucky majority of gamers aren't left in the cold with new software. Over the next few weeks, I'd like to shine a spotlight on the developers and publishers that both understand our plight and challenge themselves to provide modern experiences for us while we're stuck with our slightly older tech.

The first publisher I'd like to highlight is Psytronik Software, who's been actively publishing games since the 90s. Their bread and butter remains the Commodore 64, though they've branched out over time and also released titles for the ZX Spectrum, Commodore Plus4, and Amiga. In 2020 alone, they published over a dozen games, with my personal favorites being:

Isle of the Cursed Prophet (C64)

Among the most recent releases is Icon64's Isle of the Cursed Prophet, released in June of 2020. While it has a deliberate Link to the Past visual styling to it, gameplay is more adventure/puzzle-focused along with a surprisingly heavy storyline and fantastic production values.

You play as Oliver Taylor, on a quest to the titular isle to resurrect your dead wife. Whereas in Zelda you need to find heart containers to increase your maximum life, in Isle of the Cursed Prophet, your maximum health is a reflection of your level. The isle is quite sizeable and dense with interactivity, from digging up graves to breaking into locked buildings. Do you like cutting grass in Legend of Zelda? If so, you're in for a treat. Along the way, everything is handled through a context-sensitive single button interface, removing the need to clumsily fumble through menus or toggle keys. 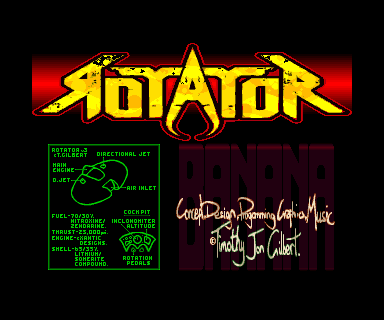 New games for the 16bit platforms are few and far between relative to their 8bit counterparts due to the increased complexity of the hardware generally requiring larger teams. Additionally, new Amiga games often require higher end AGA hardware or 68020 processors as a baseline starting point, so it was a pleasant surprise when Rotator came out for the ECS platform. This will run on anything from an Amiga 500+ on upward and even supports being installed to the hard drive (no need to wait for a WHDLoad install). 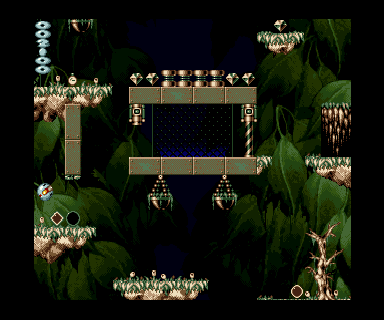 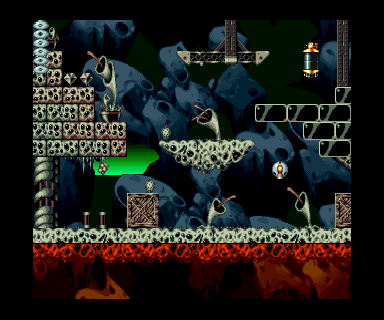 Gameplay isn't terribly dissimilar to the classic Wizball, where you control the rotation of a ball to influence its direction and speed of bouncing. The goal is to get to the end of each level while collecting diamonds and while the early levels ease you into the gameplay nicely, the challenge ramps up quite a bit. There's also a great replay feature where it tracks everything you do and allows you to go back to any earlier point in your gameplay of the level to retry your strategy. With over 80 levels, there's plenty of enjoyment to be had here.

Rocky Memphis and the Legend of Atlantis was a surprise side scrolling action adventure from 2018 and it took over a year for Icon64 to unleash the Lovecraftian successor to it. Unlike Legend of Atlantis, the emphasis is more action-focused and the inventory is streamlined to reduce the number of red herrings. Additionally, there's multiple endings depending on which objectives you manage to accomplish throughout the adventure, so while you might roll the credits after two hours, you're going to likely have to go back for a second pass to get everything necessary for the true "good" ending.

If you want to sample some of the games they've released in previous years, then I absolutely recommend the following selection of C64 titles:

If you prefer phsyical copies for your old hardware, they're available on a variety of different formats and in a number of configurations from BinaryZone's storefront.

Disclaimer: No review copies were offered or received, all images were taken from the official webpages, and I've never beaten Barnsley Badger because I'm a tres casual gamer.