Cats are wonderful, mischievous little creatures you can’t help but want to scoop up and snuggle, and we’ve seen a ton of wonderful fictional cats in video games this year including the monstrously large demon Cheshire in Bayonetta 3.

While Cheshire’s design is primarily inspired by the similarly named feline in the psychedelic adventure, Alice in Wonderland, I can’t help but be reminded of Iceland’s giant Yule Cat when looking at adorable behemoths like Cheshire.

Not only does Yule Cat remind me of Cheshire, it also reminds me of one of the four chaotic demons I have roaming around my own home, Ippo. With this, I thought it’d be fun to share the story of Yule Cat here on Cortex for anyone who may be unfamiliar with it.

To start, the story of Yule Cat, also known as Jólakötturinn, is quite an entertaining one. While receiving a brand new pair of socks or knitted cap around Christmastime may not be as exciting as receiving a PlayStation 5, it comes with the bonus benefit of keeping Yule Cat at bay.

The reason for this is because Yule Cat has one main goal and that’s to seek out unfortunate souls who haven’t received new clothing to wear before Christmas Eve. 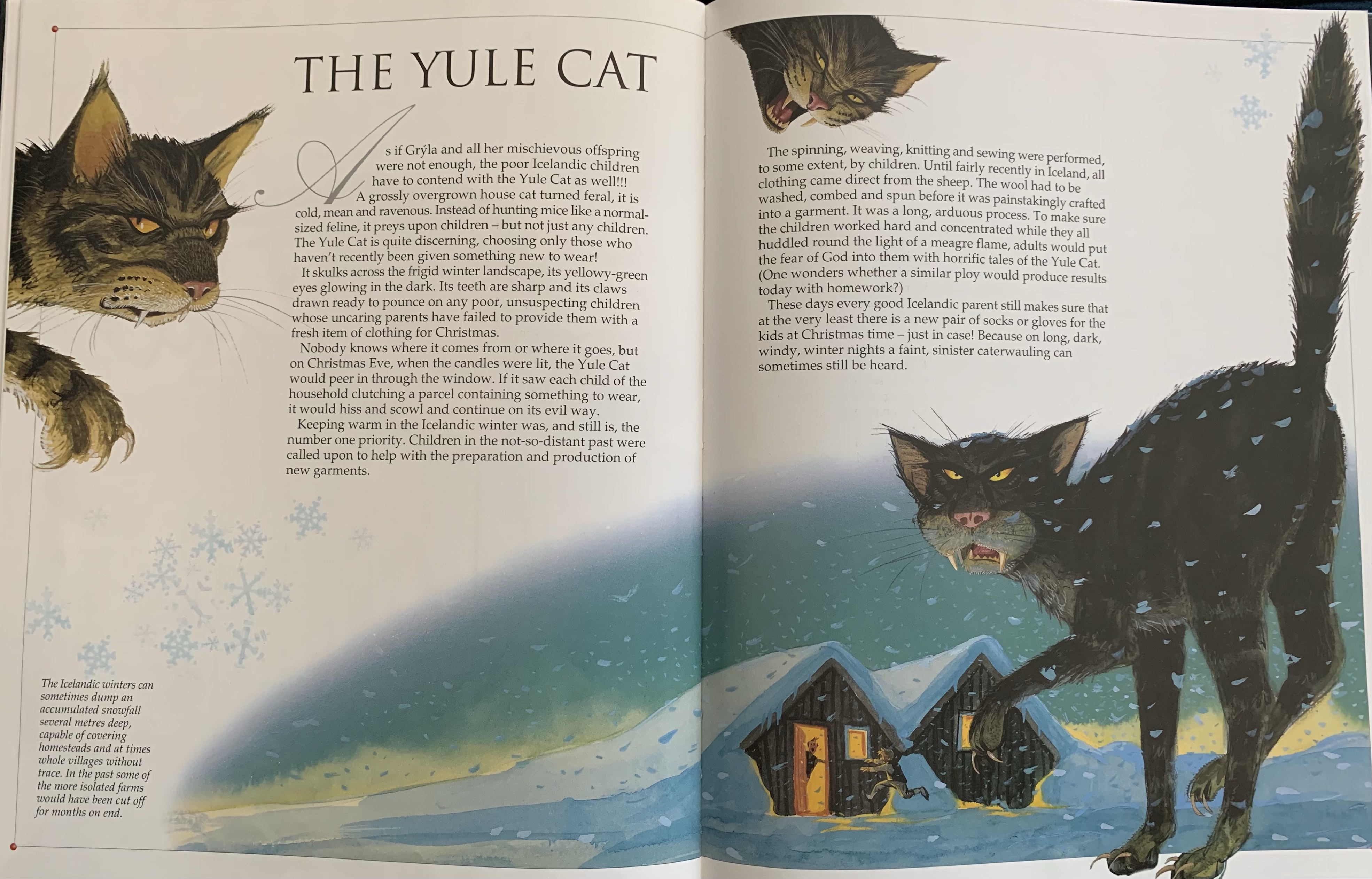 Those new socks you set to the side? You best put them on your feet lest you be hunted down and eaten by Yule Cat. Offering slightly better elaboration, there’s a wonderful article on Yule Cat from Smithsonian Magazine that describes the feline and its obsession with new clothes as follows:

According to Icelandic tradition, anyone who finished their chores before Christmas would get new clothes as a reward. Meanwhile, lazy children who didn’t get their work done would have to face the Jólakötturinn. For starters, the Jólakötturinn is no mere kitten—it towers above the tallest houses.

As it prowls about Iceland on Christmas night, the Yule Cat peers in through the windows to see what kids have gotten for presents. If new clothes are among their new possessions, the big cat will move along. But if a child was too lazy to earn their new socks, the Jólakötturinn will eat their dinner, before moving on to the main course: the child herself, Hart writes.

The concept of Yule Cat is delightfully absurd and if you want to learn even more about it, there’s a fun video to cozy up with from the YouTube channel Storied that I highly recommend. The channel also has other interesting videos worth watching as well if you’re in a learning mood including one on the elusive Mothman and another on Baba Yaga.