I got ThomW’s freeware masterpiece Disasteroids 3D running on the iPhone and iPad as well as Apple TV and Mac and after conspiring with him we have put them all on the App Store for free.

This is a “Universal Purchase” app (sort of an incorrect term when it’s free but whatever) so it has all the different versions of the app combined.

The game has always been free and so we agreed it should continue to be free. The odds of it making a ton of money were slim so we figured the goodwill of having a free open source game as well as an example of how to implement something cross platform was more valuable (or at least that’s how I see it).

It has no ads, no in-app purchases, no tracking, no business model whatsoever. I mainly just thought after doing all these id Tech projects where I can’t talk to the developer directly or put them on the App Store myself it would be neat to be able to do that for once. 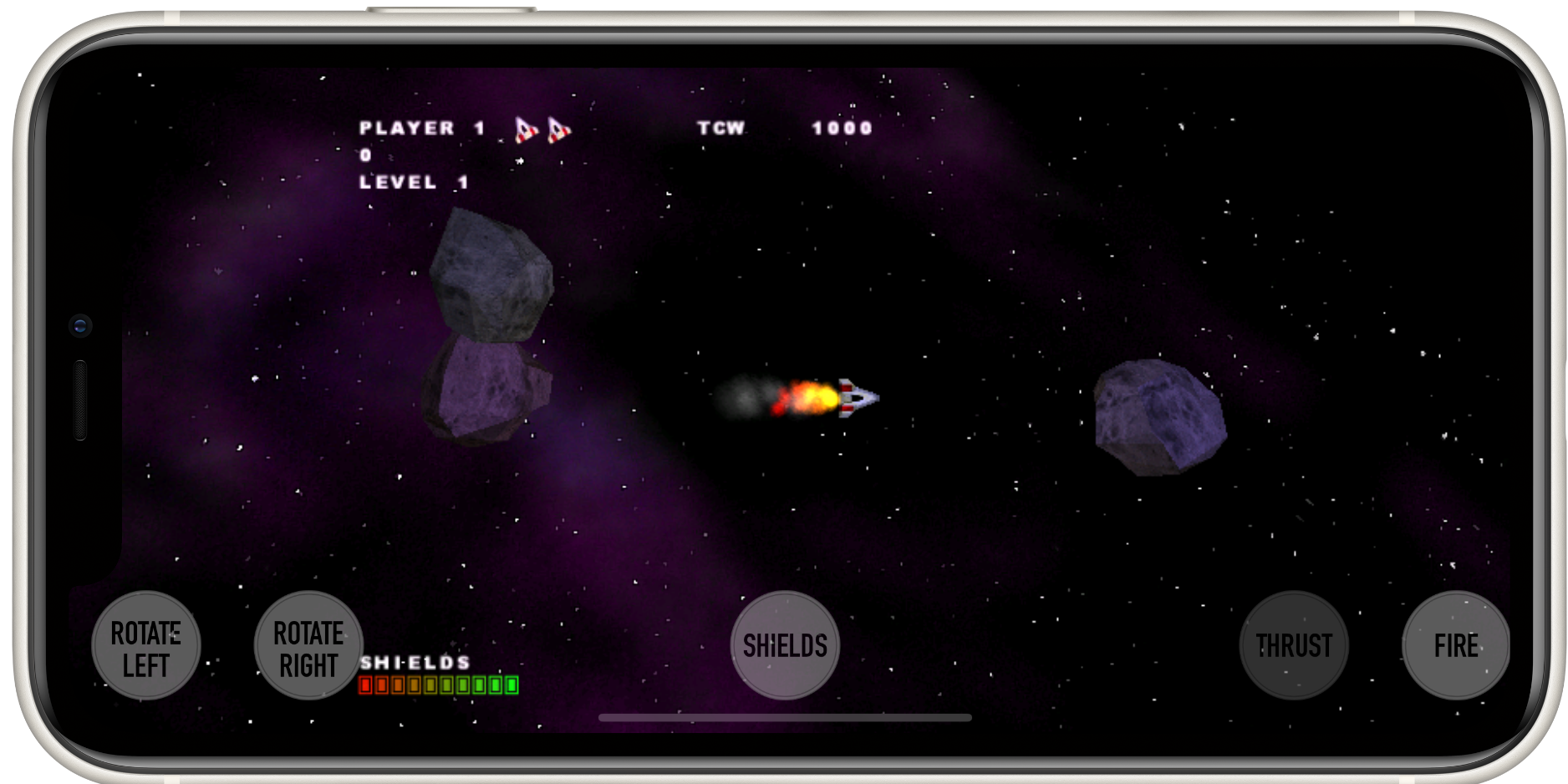 And if you want to play it on your Mac you can also just download a copy here. It’s code signed by me and notarized by Apple so it should just run fine on your Mac. 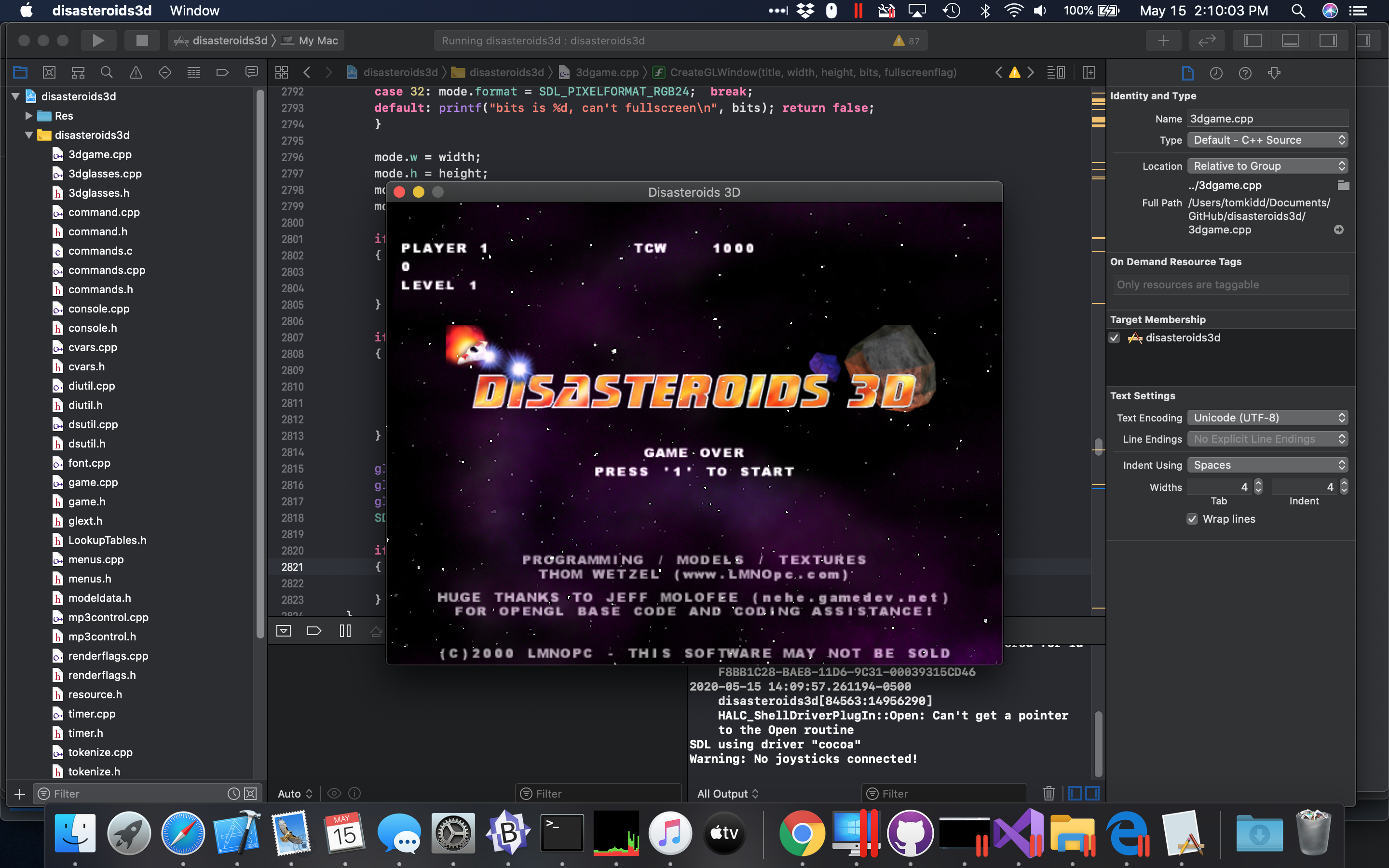 The source code has an Xcode project if you want to mess around with it in macOS, as well as a Visual Studio solution for Windows and even a Makefile in case you want to build it on Linux. 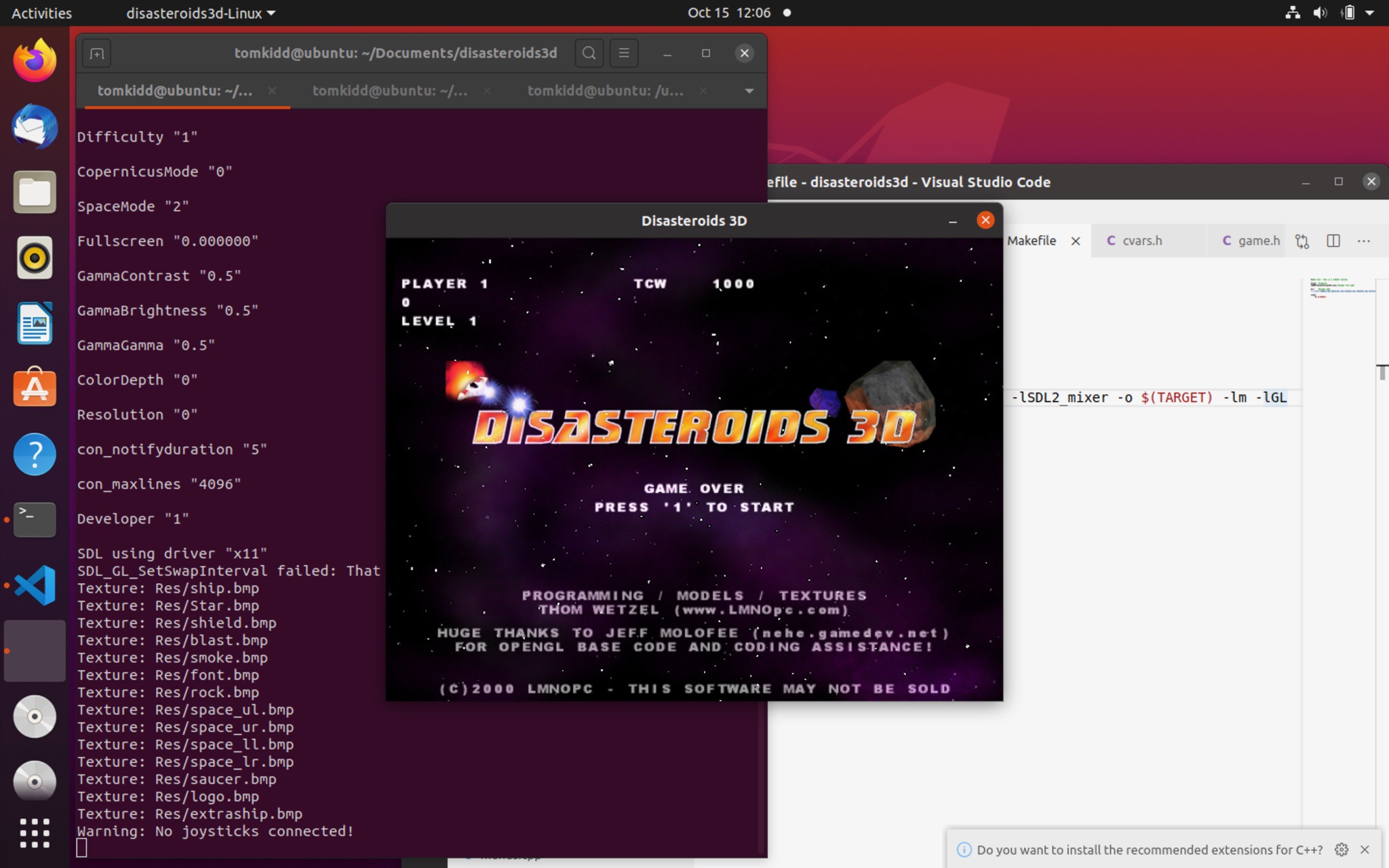 The source code can be found here: https://github.com/tomkidd/disasteroids3d

And in keeping with tradition, a longass article explaining everything I did can be found here.